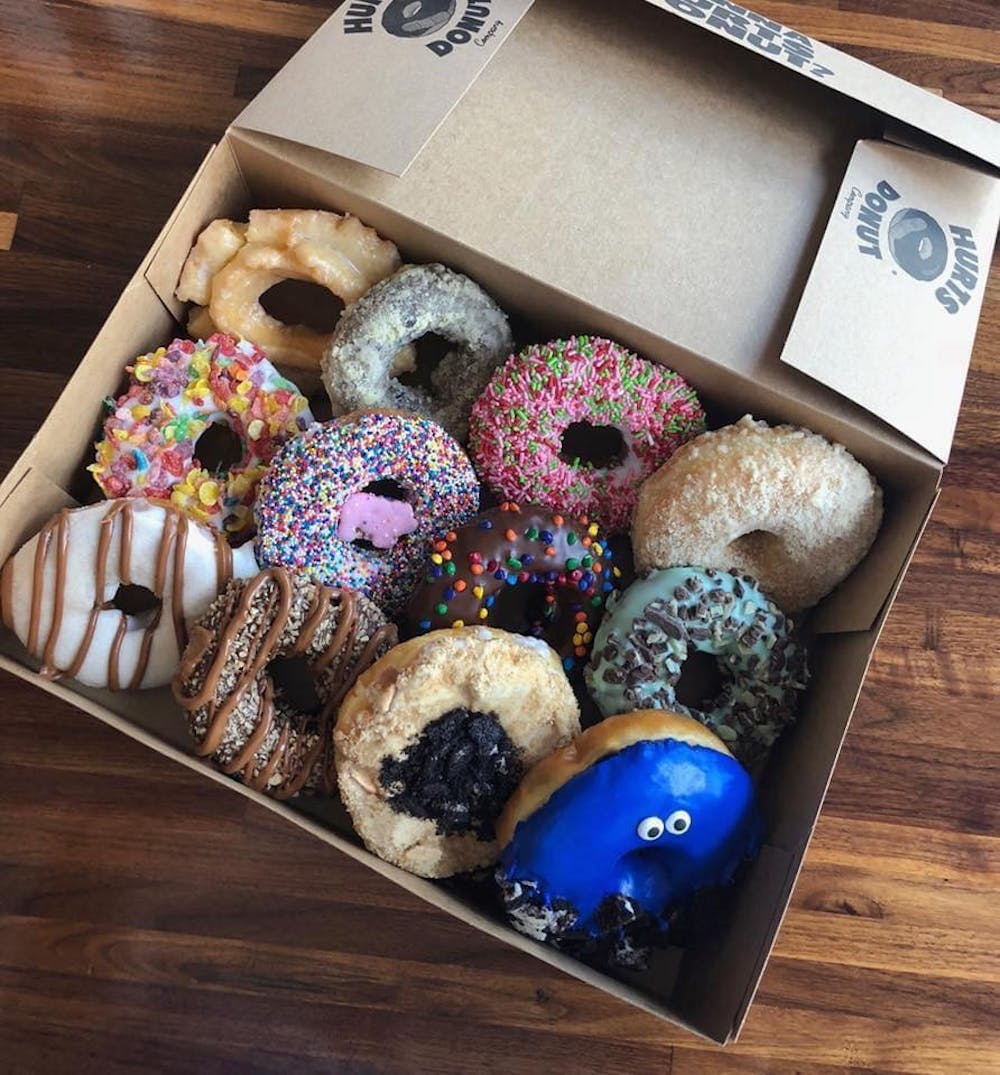 This Missouri-based brand was founded in 2013 and is known for its wide range of specialty donuts and desserts. It originally made its Texas debut in Katy, but recently relocated to the Memorial Park area which is just a 15-minute drive from Rice’s campus.

Besides its store location, Hurts Donut also operates an Emergency Donut Vehicle, a pop-up food truck loaded with their most popular selections. Hurts sends their truck to nearby cities like El Campo and Cuero, and donates parts of their profits to community organizations like Everyday Heroes and St. Michael's Catholic School.

Donuts are divided into three categories — glazed, classic and specialty, priced from the least to most expensive — and customers can buy a single, half dozen or a dozen donuts at a time. Although dine-in is not currently an option, pick up and delivery are available through food delivery apps.

Among all the products, I highly recommend their Chappell Hill Kolache, a Texas pastry with sausage and optional cheese inside. I chose the Chappell Hill Original with sharp cheddar cheese. The kolache bread itself is light and airy, while the cheddar and sausage combine to produce a distinct smoky taste and only moderate saltiness. A spicier version with jalapeño and pepper jack cheese is also available.

I also tried their apple fritter. The bread is crispy on the outside and soft on the inside with a slight taste of cinnamon, topped with small chunks of juicy apples and glazed with very thick syrup. I absolutely loved the rich sweetness when I took a bite, and the icing tastes even better when slightly warmed up.

Another donut I recommend is the Cookie Monster. This beautiful blue donut resembles the classic Sesame Street muppet with blue coating, sugar flake eyes and an additional ring of cookies on the other side. I loved the hint of fruit in the icing, as well as the cookie toppings, which have a nice chocolate taste and melt instantly in your mouth.

Other popular choices include their massive cinnamon roll and their maple bacon bar, which has a yeast donut base topped with maple syrup and bacon bits. They also serve strawberry cheesecake, chocolate cakes and lemon pies. For drinks, Hurts Donut serves their own coffee blend called 25/8 Blend and organic blends to choose from, as well as juice and coconut water.