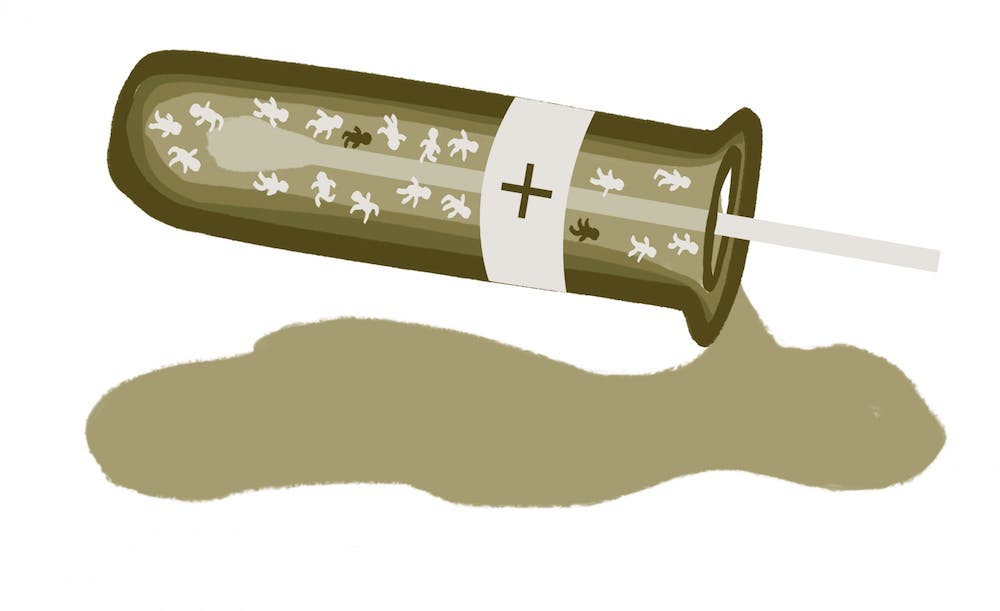 After 19 students tested positive for COVID-19 on Friday, Rice Crisis Management discovered that 17 of these tests were inaccurate and false positives. The testing error, which is believed to be caused by equipment contamination, resulted in 80 people being quarantined and isolated.

Jerusha Kasch, director of Institutional Crisis Management at Rice, addressed this incident and answered student questions at the Student Association Senate Monday night. After requiring all positive cases to isolate and their contact networks to quarantine, Kasch said the crisis management team had all the original tests resampled and the positive individuals retested.

“That was an extremely high number for us. We have never received 20 positive results in one day, much less than one week, so we were very concerned when we had those,” Kasch said. “After resampling, the testing provider realized that there had been some equipment contamination, and they certified two of the 20 that we received as positive. And then the next day they certified a third that was positive.”

Kerri Barber, a Resident Associate at Jones College, said she was notified of her positive results Friday morning after being tested the day before at the Reckling Roost.

“I just was in a shock of confusion, because I would like to think that I’m being extremely careful, especially since I live on campus, trying to be a model for my students,” Barber said.

Kevin Kirby, chair of the Crisis Management Advisory Committee, said that anyone who had been relocated to isolation housing or who had been asked to quarantine due to contact with these false positive individuals were later released that evening.

“Friday morning, seven o’clock, we got these test results,” Kirby said. “We asked that they be rerun; they were rerun. And then late Friday evening, anybody that ended up having a negative test that we had quarantined or isolated that morning we released. So most people were probably in isolation or quarantine, because of these false positives, probably for about 12 hours or so.”

In his COVID-19 response weekly update email Monday afternoon, Kirby apologized for the effects of the error.

Barber said that throughout the process of receiving the positive results and later Friday evening being told of the error, that the crisis management team was very helpful and communicative.

“They literally worked the entire day. They were at it at like 7 a.m. and then finished around 11 p.m. because they not only contacted all of us who tested positive, but then all the people that had to be quarantined, and then [they were] moving students into Sid Rich and coordinating that,” Barber said. “They really, really, really took this seriously and acted very, very quickly.”