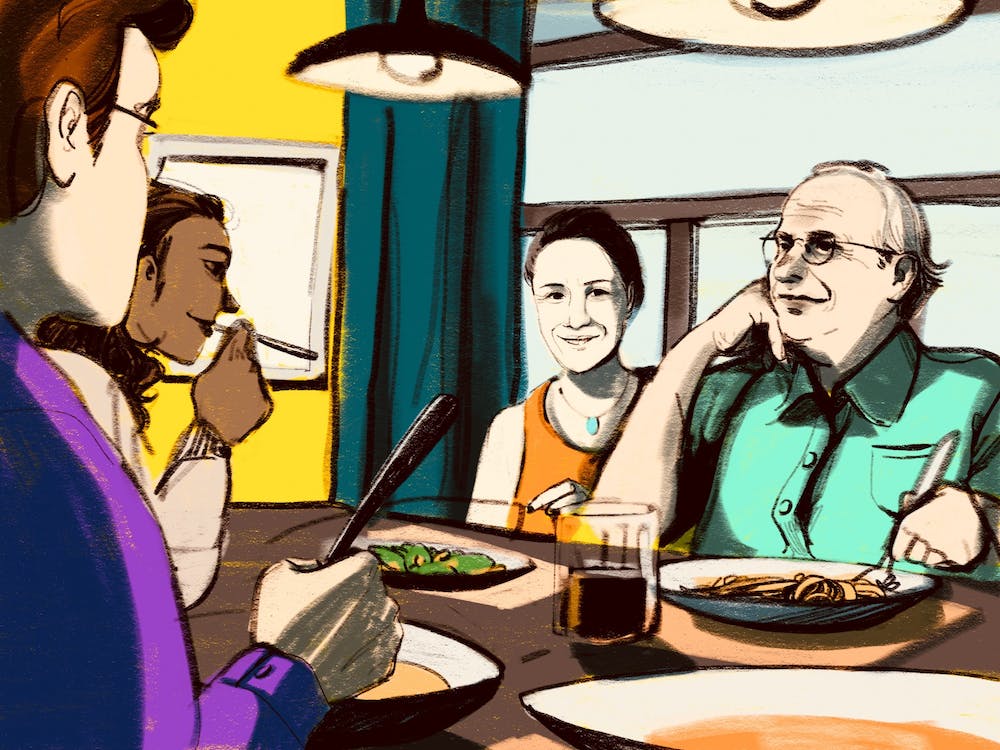 A new series of noon discussions hosted by President David Leebron for small groups of undergraduates began on Zoom last week. Dubbed “Lunch with Leebs” by presidential intern and program supervisor Michelle Fokam (Baker College ’20), the discussions are opportunities for students to learn about Leebron and discuss a predetermined topic of interest with him, according to Fokam.

Each session is limited to about 23 students so that all participants, visible in detail on the Zoom screen, can actively participate over the course of an hour, according to Leebron. The initial response was strong: around 160 students applied for the first three sessions, Leebron said. While selection is mostly random, Fokam said the Office of the President aims for a heterogeneous group.

According to Fokam, 14 students attended the first session. One of them, Tomás Russo, said he recognized Leebron’s expertise on the lunch’s focus question, “Should I think about law school even if I don’t want to be a lawyer?”

“Outside of catching a glimpse of Leebron at the barbeque at his house during [Orientation] Week, I had never really interacted with him,” Russo, a Martel College junior, said. “This seemed like a good opportunity to actually get to [know] him, especially since he is such an authoritative figure on the subject matter of the lunch.”

Leebron said he enjoys advising students about law school, and that he liked learning about the students and their aspirations. Russo and Justice Coutee-McCullum, another attendee, said that everyone there had a chance to participate. According to Coutee-McCullum, students could submit questions they wanted Leebron to answer beforehand, and during the session they could ask follow-up questions regarding their personal circumstances.

“I think it was super chill,” Coutee-McCullum, a Brown College sophomore, said. “I think you get to see a different side of President Leebron. Michelle [Fokam] made sure that we knew it was very informal.”

“Lunch with Leebs” was developed in conversation with Fokam, according to Leebron. Wanting to make the president’s office hours more fun, Fokam had offered to assist Leebron with student engagement, she said. The result of her initiative brings the university president and students together for informal discussions about relevant topics, which are varied by design: the first three sessions touch on a professional question, a personal interest and a pressing national issue, Leebron said.

“I welcome suggestions from students about topics [for future sessions],” Leebron said. “I think the advantage of having had three very different topics to start is that people could see there are all kinds of topics [to discuss]. There may be topics I don’t know anything about, [but] it doesn’t necessarily mean that I wouldn’t want to have a conversation about [them].”

According to Leebron, he and Fokam thought that, amid the pandemic, it would be beneficial to offer something slightly different from the regular office hours to students. Leebron said he felt that the current circumstances may have created additional demand and value for the group interaction in “Lunch with Leebs.”

“I think one of the things that also did fuel this a little bit is recognizing that this is a difficult time for our students,” Leebron said. “If I can play a role in providing some other different kind of opportunity [for engagement], it’s something I want to do.”

The two upcoming discussions are scheduled as Zoom calls in the next two weeks: the second session is focused on race and social belonging at Rice, and the third on why, when and where one should travel, according to the email announcement Fokam sent to undergraduates. Leebron said he expects to continue “Lunch with Leebs” in late October and November. According to him and Fokam, they would like to consider an in-person format for some time in the future, although they recognize the multiple benefits of Zoom meetings, which allow remote students to participate.

“I think originally we had thought about not doing quite so many — time is kind of tight — but seeing the initial demand, I think we’re going to continue to have [these meetings],” Leebron said. “If you ask me, in the future I would really love to continue doing these, and if I had to guess maybe I would alternate a little bit between doing it in person and doing it on Zoom, and people could act on their preferences in that context.”