Review: Clipping explores terror with ‘Visions of Bodies Being Burned’ 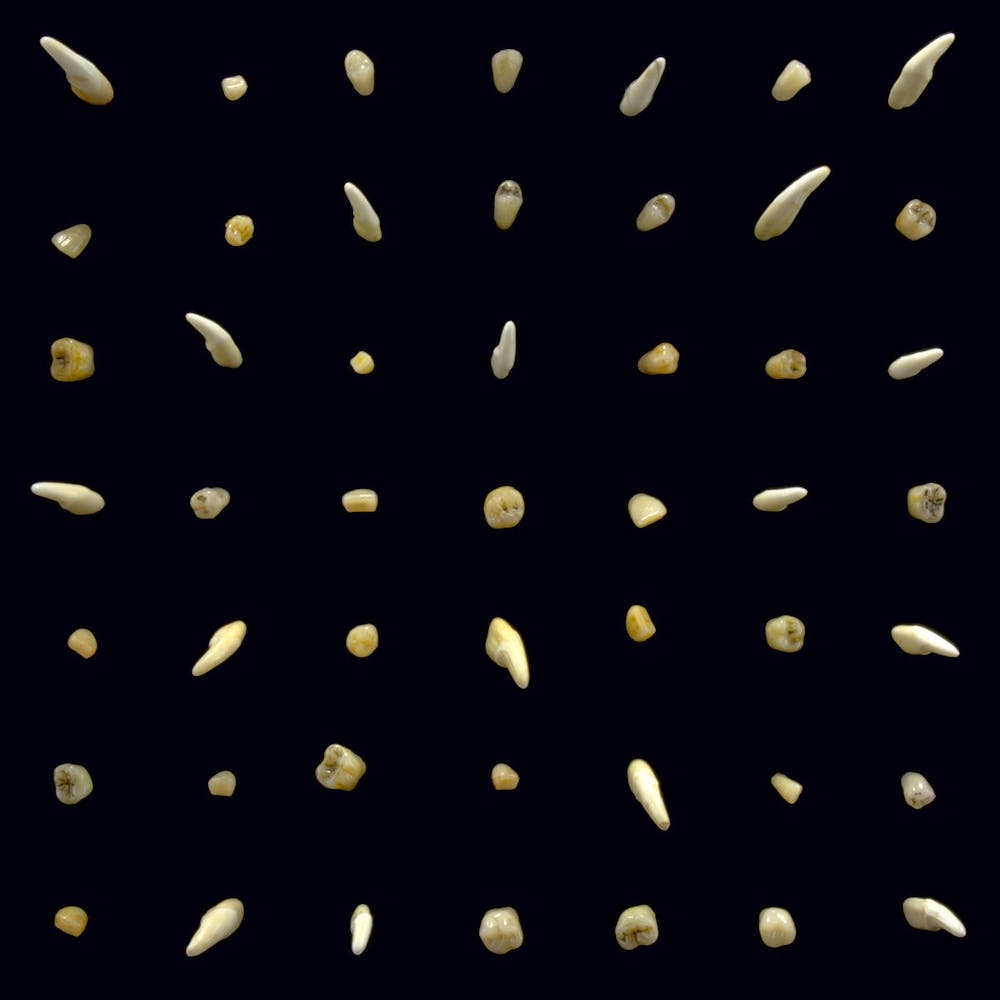 In “Visions of Bodies Being Burned,” experimental hip-hop outfit Clipping expands on the sinister world it created with its previous album, “There Existed an Addiction to Blood.” Both albums venture into horrorcore, an oft-forgotten subgenre of hip-hop based on dark, violent and transgressive themes typical of horror movies such as murder or supernatural hauntings. Clipping applies these conventions to modern social concerns in order to address the difficulties and inequalities of today. A horror movie for your ears, Clipping’s second exploration of terror does not disappoint.

Lead rapper Daveed Diggs, who played the roles of Marquis de Lafayette and Thomas Jefferson in the original production of “Hamilton,” paints stunning portraits of horror movie tropes through intricately crafted language layered over complex beats influenced by a wealth of genres including noise-rap and house.

The first single from the album, “Say the Name,” is anchored by a rerecording of the line “candlesticks in the dark, visions of bodies being burned” from the hip-hop group Geto Boys’ track “Mind Playing Tricks on Me.” This line is transformed into a house loop for the chorus while industrial sounds are used throughout the verses. “Say the Name” tells the story of Candyman, the son of a slave who was killed by a lynch mob due to his relationship with a white woman, and returned as a murderous ghost.

Throughout the song, Diggs combines motifs from the 1992 slasher “Candyman” with clever references to touchstones of rap and historical events. He skillfully combines Candyman’s bees with a reference to rapper Ol’ Dirty Bastard’s classic “Shimmy Shimmy Ya” when he mentions their “swarm … raining on your college-ass disco.” Diggs also raps that “the hook gon’ be the last thing she remember,” which can refer to both the hook of the song and Candyman’s hook hand, which he uses to brutally murder his victims.

“Pain Everyday” uses real EVP recordings — thought to be the voices of restless ghosts — in its instrumentation as Diggs repeats the message “they gotta pay.” The song reprises the general social commentary of “Say the Name” as a sort of calling for the ghosts of lynching victims to haunt their murderers’ descendants. Lyrically, Diggs begins the song with the lines “death wasn’t really the worst part, time spent floating above is.” These lines on a surface level seem to refer to the way in which ghosts are thought to float when they return to Earth, but they ultimately refer to the brutal deaths by hanging of the ghosts in the song.

“Check the Lock” is another standout track, detailing a drug lord’s paranoia and slow fall into madness. Even as he “run[s] the … city,” the dealer feels a need to “check the lock every time he walks by the door.” Continually checking behind his back and around him, the rational fear associated with drug dealing is transformed into a supernatural terror. Diggs also delivers the line “something in this room didn’t used to be” in the chorus to emphasize the sense of paranoia as the dealer descends even deeper into insanity.

“’96 Neve Campbell” is a tribute to the “final girl” character in slasher movies, a convention established by horror classics like “Halloween” and  “Scream.” The song’s title explicitly calls to mind Sidney Prescott (played by Neve Campbell), who was introduced in the original “Scream” movie, which was released in 1996. This line of reference continues when Digg’s villain in the song emulates Ghostface, the masked murderer from the film, when he asks “Do you like scary movies, what's your favorite?” The song features twin sister rap duo Cam & China as the “final girl” character who is ready to defeat Digg’s killer.

“Something Underneath” begins with a sense of foreboding as monsters are called to “raise up out the dirt” as its droning beat grows more intense and kinetic. The instrumental continues to oscillate between moments of ferocity and calm, utilizing static and discordant notes, and Diggs’ rapid verses contrast sharply with his singsong chorus. The alternating intensity and stillness of the song parallel the patterns of tension and action in horror movies. The song most calls to mind the rising of the dead, called a “reborning” by Diggs, to kill “any living thing” they can find. The song also continues Clipping’s references to classic hip-hop and rap seen throughout the album with the line “What’s cooler than being cool? (Ice cold),” a clear reference to OutKast’s hit song, “Hey Ya!”

Clipping ended their previous album, “There Existed an Addiction to Blood,” with an 18-minute performance of an Annea Lockwood composition, which they called “Piano Burning.” A recording of an upright piano set on fire, the track provided a thematic end to the album. Clipping continues this convention of ending with an avant-garde composition that advances their thematic arc on “Visions of Bodies Being Burned.” The final track, “Secret Piece,” is a performance of a Yoko Ono score that instructs the musicians to “Decide on one note that you want to play/Play it with the following accompaniment: the woods from 5 a.m. to 8 a.m. in summer.” The song emphasizes the false sense of safety and hope for the main character after a horror movie, not knowing that the movie might be renewed for a sequel.

With “Visions of Bodies Being Burned,” Clipping deconstructs the horror genre while displaying an obvious love of the source material. Clipping’s horrorcore advances the genre with a social and cultural conscience by reflecting the inequities of modern America in its monsters.

“Visions of Bodies Being Burned” will be released on Oct. 23.