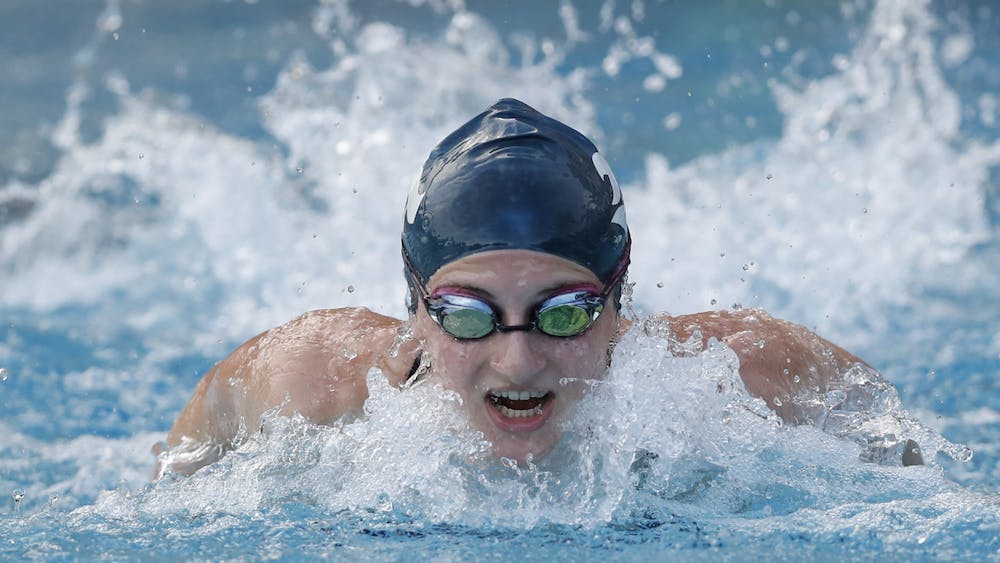 “Becca Evans owned the night,” head coach Seth Huston said. “Our upperclassmen set a great example and our freshmen really contributed despite it being their first collegiate meet.”

Evans’ 52.19 time in the 100-free was good enough to beat out a field of ten other swimmers. The Owls filled the medal stand, as freshman Imogen Meers and junior Marta Cano-Minarro finished right behind Evans in second and third. Meers is a true freshman, and this was her first collegiate meet.

“As a team, it was a good meet, and personally I had a lot of fun,” Evans said. “We did a good job of being relaxed and not focusing too much on the outcomes or times of our races.”

Owl underclassmen had a big night, as sophomores Zoe Spitz and Shannon Campbell received second in their respective events. Spitz tallied a second-place finish in 100- and 200-yard backstroke and Campbell claimed second in both the 500- and 1,000-yard freestyle.

“I wanted our team to relax and focus on what we could control, and I feel like we did a very good job with that,” Huston said. “Texas A&M is a perennial top 10 team and I thought we competed great against a very good program.”

After getting back into a training routine recently, Campbell said she thought the team performed well, given the circumstances.

“We have been training extremely hard these past few months, and while many of us are tired or still feeling the impacts from an unusual summer, we managed to have some solid races in almost every event,” Campbell said. “Personally, I worked on improving my race strategies from last season which helped me in the final legs of several races.”

This was not a normal opening meet, and it has not been a normal summer for a swim team that suffered setbacks due to the pandemic. Evans said everything takes some getting used to, like putting on a mask immediately as she got out of the pool after her race.

“Racing alongside my teammates again was something I’ve been looking forward to,” Evans said. “It was really nice to finally be back competing after more than seven months, some of which a majority of us spent not swimming at all because of the pandemic. In some races, it was evident that as a team we are tired, but that is to be expected early on in the season.”

The team now turns their attention to their next meet, at which they will host Tulane University. Rice last encountered the Green Wave last October, at Dual-A-Pool-Ooza in Miami, where the Owls emerged victorious.

“We look forward to getting everyone an opportunity to compete this weekend,” Huston said. “Tulane is a similar program to us, every swim will count and that means everyone can contribute. Since we have not competed to this point, revising race strategies and cleaning up details within races will be a focus in the coming weeks.”

Campbell said that as the team settles into the routine of the season, the team is readjusting and refocusing.

“After such a long break and the fear of not competing this season, I think we all are relieved to be back to a somewhat normal schedule,” Campbell said. “We are all prepared for the challenging yet fun season ahead of us, which is evident from the focus and determination our team brings to every practice.”