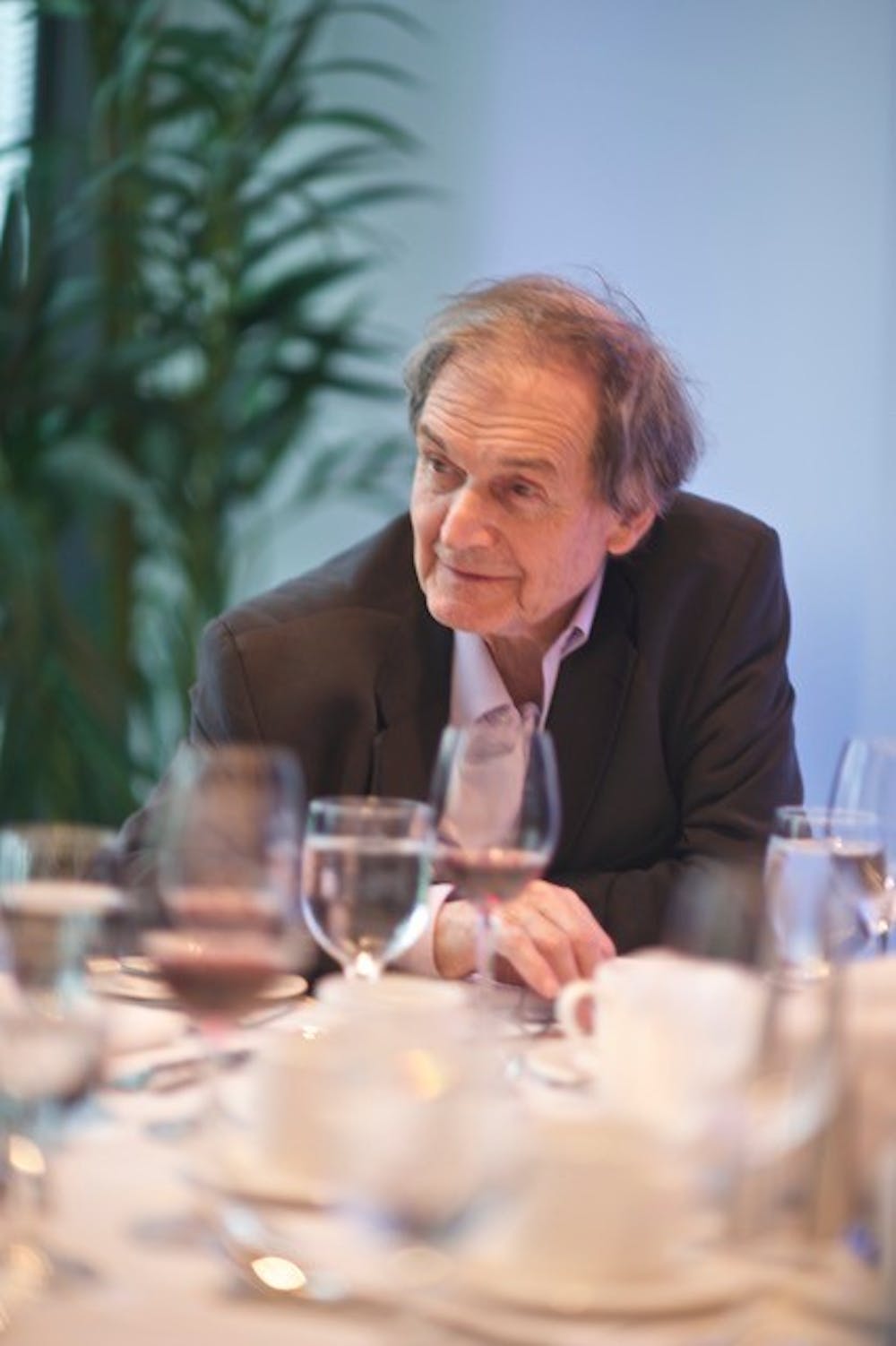 Mathematician Roger Penrose recently became one of three recipients for the Nobel Prize in Physics, for his work on the subject of black holes. Though Penrose is currently a professor emeritus of mathematics at the University of Oxford, he was also a professor of mathematics at Rice from 1983 to 1987.

Penrose was given the award for his work in 1965 that “showed that black holes are a direct consequence of the general theory of relativity,” according to the Nobel Prize website. Claude LeBrun (Hanszen College ’77), one of Penrose’s former doctoral students at Oxford, said he was thrilled to learn last Tuesday about this most recent recognition of his thesis advisor’s work.

“Roger is now in his late 80s, but he remains mentally sharp and scientifically active,” LeBrun said. “He always had a different sort of vision — a vivid geometrical imagination underpinning most of his mathematical ideas — that has not faded one whit.”

Raymond Wells, a professor emeritus of mathematics at Rice for 35 years, knew Penrose before they were both faculty members at Rice, and continued to work closely with him as Penrose divided his time between Houston and his other role at Oxford.

“It was a privilege and a pleasure to work with him,” Wells said. “He flew to Houston regularly and would sleep on our sofa until we found a temporary apartment for him. He was very inspiring to me personally.”

According to Wells, Penrose has been an influential figure for both this award-winning work as an expert on relativity theory, as well as in many other areas of his research.

“Penrose’s work has had worldwide significance during his whole career,” Wells said. “While he was at Rice he began his research in the area of consciousness and the nature of the human brain. His first book on this subject, ‘The Emperor’s New Mind,’ was mostly typed at Rice.”

Penrose’s theoretical work helped bring these ideas about black holes from relativity theory closer to what researchers would expect to find in reality, according to Mustafa Amin, assistant professor in the department of physics and astronomy.

“What Penrose’s work in his paper in 1965 did was, it showed that this idea of formation of a singularity did not really rely on [the collapsing matter] being a perfectly uniform ball,” Amin said. “And this was important because this would be much more closer to realistic situations that we would find in astrophysics.”

Amin said he credited Penrose’s groundbreaking work on the different perspective with which he could approach the topic.

“He was trained as a former mathematician, and he was thinking in terms of new and interesting mathematical tools called topology,” Amin said. “So instead of thinking of the problem in the way people have been thinking before, he thought in terms of what are called trapped surfaces.”

The Nobel was awarded to Penrose for his work initially published over 50 years ago, though according to LeBrun, Penrose had to first overcome opposition from many leading astrophysicists at that time.

“I believe that the long delay in awarding the prize is simply due to the very reasonable Nobel tradition of only recognizing theoretical work when it is backed up by experiment and/or observation,” LeBrun said. “In this case, the other half of the award went to the astronomers Reinhard Genzel and Andrea Ghez, who had slowly compiled overwhelming evidence for the existence of a supermassive black hole in the center of the Milky Way.”

LeBrun, now a professor in mathematics at Stony Brook University, was invited to Oxford to become Penrose’s student in 1977, after graduating from Rice with a master’s degree in mathematics that year.

“Roger has been incredibly supportive of my entire mathematical career,” LeBrun said. “I wrote my doctoral thesis at Oxford in 1980, working on an interface between differential geometry and complex analysis called twistor geometry, building on ideas Roger had first pioneered in an attempt to better understand gravitational radiation.”

Edison Liang, a professor of astrophysics at Rice, said he met Penrose as a graduate student, before then spending the summer of 1974 at Oxford, by invitation of Penrose and Dennis Sciama, doctoral advisor to Steven Hawking.

“[Penrose] impressed me as one of the most creative and deepest thinkers. While his ideas are often difficult to follow, one can still appreciate the depth and significance of his thoughts,” Liang said. “Penrose speaks softly and has a somewhat quiet, low-key, reserved personality. But he was always receptive and approachable, especially to young scientists.”

Liang said the Nobel Prize was long overdue for Penrose.

“But of course, Penrose had already received so many other honors, this may be just icing on the cake,” Liang said. “Hopefully, the Nobel will excite a whole new generation of young scientists to pursue this field.”

Wells said he was very pleased and also not surprised to learn about Penrose’s Nobel Prize.

“When he gave lectures on the major chapters of his book on consciousness, it seemed like all of Rice came to the lectures, the president, provost, deans, as well as many faculty and students. We all felt we were in the presence of something very special,” Wells said.

Penrose is also known for being the eponym of the geometric concept “Penrose tiling,” an example of which can be found on the north-facing exterior of Brockman Hall for Physics.