Baker 13 tradition continues through a pandemic 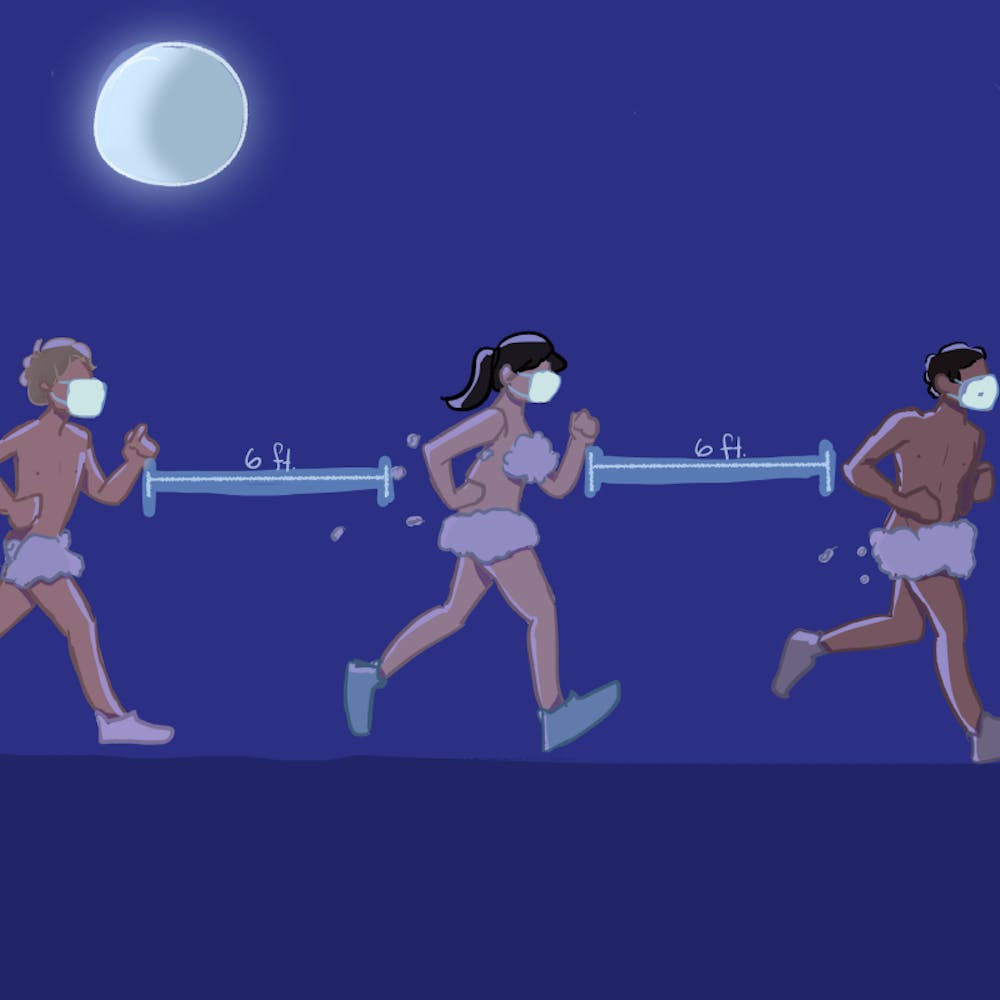 The Baker 13 tradition is continuing this semester amidst a pandemic. However, the run looks a little different this year to ensure it follows COVID-19 health guidelines, according to Baker 13 co-captain Michael Price. Safety measures include mandatory masks, distancing between runners and collecting the names of runners for contact tracing, Price said.

According to Price, the preparation for Baker 13 this year was very last-minute. Price said that on the night of the first run, the Baker magister sent his approval for the event. This first run was Aug. 26 and a total of three runs have been completed this semester thus far.

“[Nick and I] didn’t know Baker 13 was going to happen this year. It was kind of funny, it was literally the night of [the first run] … when [the Baker magister] gave us the OK at 8 p.m., so we kind of scrambled to get stuff working,” Price, a Baker College senior, said. “It was kind of more of a hastily thing, but I think we did it pretty well.”

According to Nicholas Lester, Price's Baker 13 co-captain, the run during Halloween, which typically boasts the greatest turnout, will have even more safety measures in place.

“For the Halloween run, runners will be staggered. Instead of going out as one large group, it will likely be smaller groups of around 20-25, depending on our numbers,” Lester, a Baker College senior, said.

This modification is to meet the 50-person maximum capacity on restrictions for group gatherings and to facilitate controlling the runners, according to Lester.

Rose Whitt, a freshman at Baker College who participated in Baker 13 this year, said that she enjoyed the event despite the COVID-19 restrictions.

“It’s nice to get outside and see people, and I don’t think the COVID restrictions really make it any less fun,” Whitt said.

Anya Hansen, a freshman at Baker College who also participated in Baker 13, said that as a freshman, she didn’t know what Baker 13 was like without social distancing.

“There were actually mostly freshmen the first and second times,” Hansen said. “I think it was fun regardless.”

Price said that while returning students could see the differences from last year, they were grateful to still be able to run.

“In terms of the regulars, they understand that this is not Baker 13 in its purest, best form, but they understand that given the current circumstances it’s probably one of the best things we could do,” Price said. “So far, they seem extremely happy to be able to run.”

Bear Dobbs, a returning runner and sophomore at Will Rice, said he believes COVID-19 may have shed a new light on his experience.

"Baker 13 was never about streaking. It's about the connection we get from running, the sense of belonging together. 13 is and always has been the antithesis to imposter syndrome. In a broader sense, Baker 13 is now more relevant than ever as people seek some way of being together –– and our numbers this semester reflect that. As far as COVID goes, it doesn't hurt that rule #5 is cover your face,” Dobbs said.

Rishab Kolachina, a freshman at Baker College, said he felt that the COVID-19 restrictions didn't heavily impact his experience of running Baker 13. However, he did recognize that there was less they could do.

“It’s a little bit limited because all the other colleges aren’t really involved with all the defenses and everything, but as it is, I still think it’s really fun. I think [the captains] are doing really good especially because they keep mentioning throughout the runs to social distance, and they do a good job of pacing the group, so we don’t get stacked up in spots,” Kolachina said.

Although the other colleges do not participate in the defenses this year to minimize physical contact, those who are not running are still engaged to some degree.

“None of the other colleges participate but if they are out and about, we will yell at them,” Hansen said.

“I really wanted to involve myself in the Baker traditions and because of COVID, there aren’t a lot of activities going on. When they said they were going to do a socially distanced Baker 13, I jumped at the chance to do it,” Hansen said.

Kate Frucht, a freshman at Baker College, said she didn’t feel worried about getting the infected during her Baker 13 run.

“When I first found out about Baker 13, it just seemed like something really exciting and fun to do because there are a lot of limitations on what we can do on campus. I feel really comfortable about it and have never been worried about COVID,” Frucht said.

Frucht shared a similar mindset, saying that being forced to wear a mask during the run has also helped to protect the runners’ identities.

“We all have to wear masks, which is obviously different, but it does serve a good purpose not only because it protects us from COVID-19, but it also protects our identities because one of the requirements of the run is that we do have to pose in front of a camera if anyone takes a picture, so it’s nice to have to have the mask on so people can’t really tell who you are.”