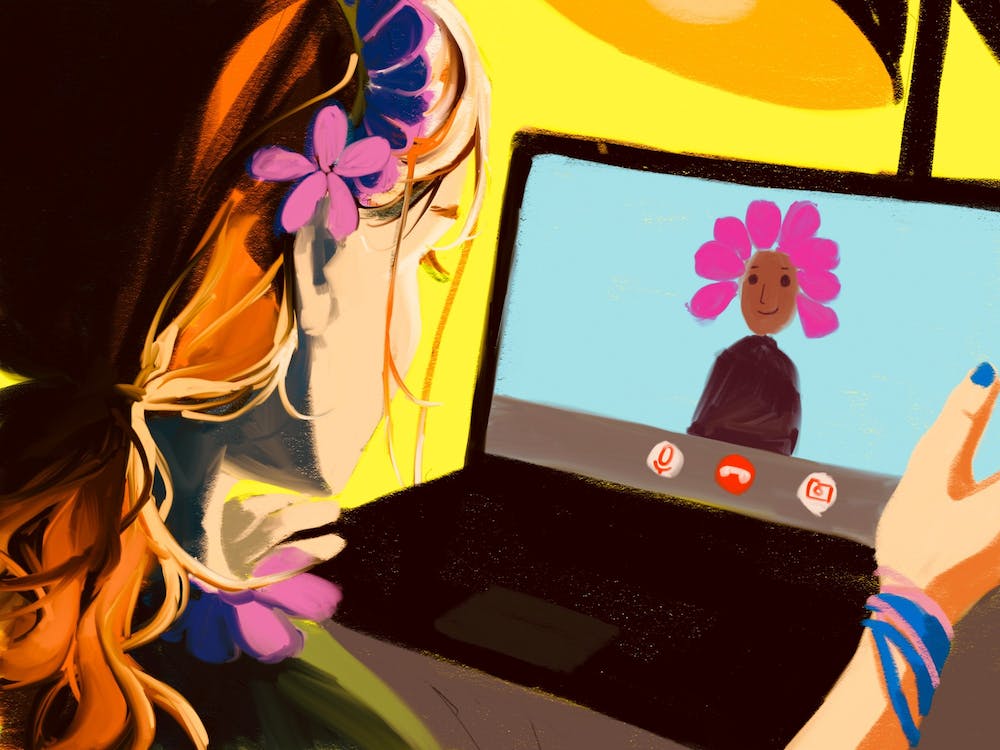 “Screw Yer Roommate,” the mass blind date event hosted each year by the Rice Program Council was held again this year, despite COVID-19-specific challenges. This year the event had a hybrid format, with both an in-person and virtual option to allow remote students to participate.

RPC Socials committee co-chairs Amy Barnett, Baker College sophomore, and Yasmin Givens, Baker junior, were responsible for planning Screw this year. Givens said they had to be flexible in preparation for the event since they were unsure how many students would actually participate.

After being paired off by their roommates in the usual Screw fashion, in-person pairs signed up for the event online and were then assigned to one of nine locations on campus, in either the 5 or 5:30 p.m. wave. Time and location designations were emailed to students on the day of the event.

Luke Stancil, a freshman at Baker, said he enjoyed his first Screw and that he felt the event was safely organized.

“We were told to go walk around with our popsicles and dates for 30 minutes [and] then leave the location. I think everyone followed that, and everyone wore masks when not eating,” Stancil said. “It was actually kind of cool because we had this structured time to get to know our date in a very relaxed way.”

Eric Torres, a senior at Wiess College, has attended Screw all four years now and said this year ended up being similar to past experiences after all.

“I dressed up, met my date and walked with a group to pick up food at Hopdoddy’s, then brought it back to eat at Rice. We all had really long conversations and it was a nice time to catch up with friends,” Torres said. “The only main difference is that we ate at Rice instead of at a restaurant.”

According to Givens, turnout for the in-person event was relatively on par with attendance for Screw in previous years, with 450 students registered.

Virtual Screw, or “speed-friending” according to the Facebook event, was a series of blind dates over Zoom and was attended by 25 students, according to Givens.

“Despite a relatively small turnout, the virtual version of Screw went really well,” Givens said. “Everyone who participated had a chance to meet and talk with others that they wouldn’t typically have a chance to meet with, across both grades and colleges.”

Rishi Shridharan, a sophomore at Will Rice College, said he was especially pleased with how it was organized.

“[Givens] set up breakout rooms of two to three people and suggested casual talking prompts, like ‘What’s the craziest thing you’ve done?’ and ‘What’s your biggest pet peeve?’” Shridharan said. “The prompts gave our conversations a loose structure, but we often went off in enjoyable tangents. Every few minutes, we’d return to the main room and join a new breakout room.”

Shridharan said the virtual event was overall a success in his opinion.

“Remote Screw gave me the unique opportunity to meet new people that I probably wouldn’t have ever interacted with in person. All in all a great experience,” Shridharan said.