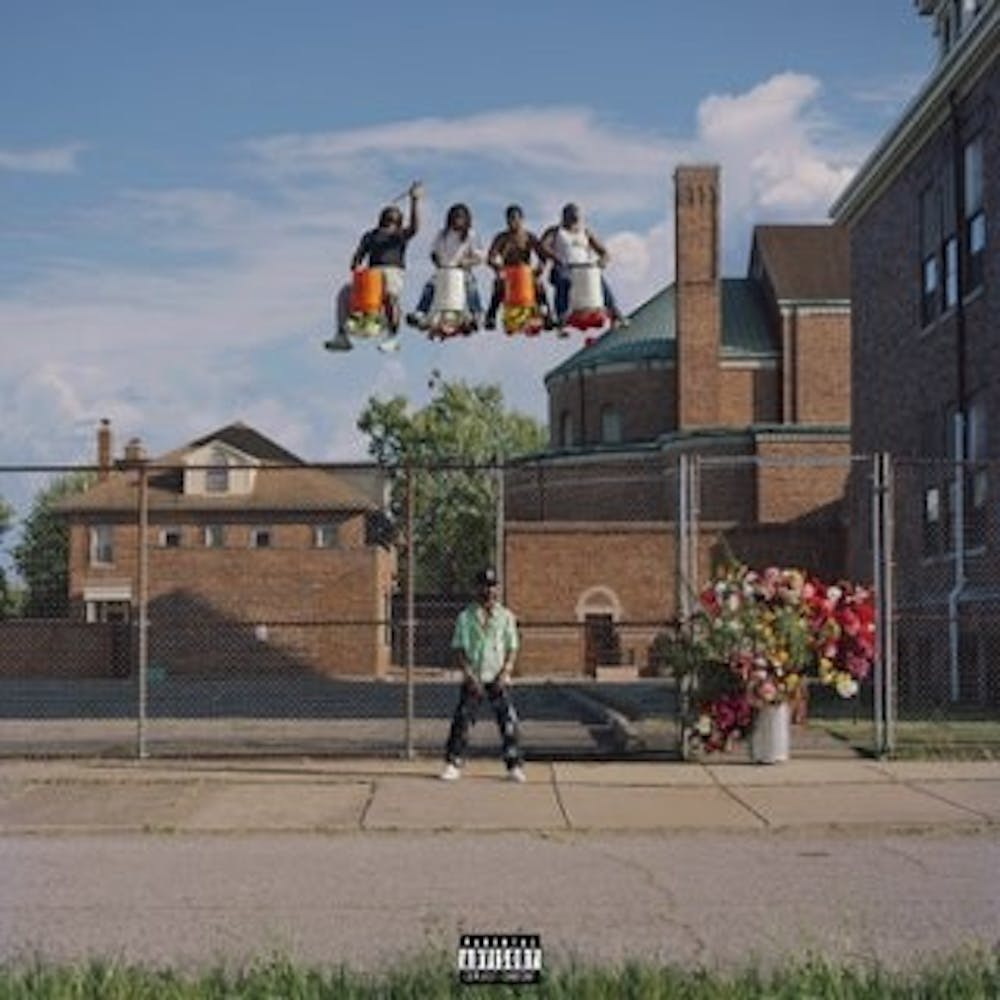 “Harder Than My Demons”

“Detroit 2” is a feature filled homage to Big Sean’s hometown of Detroit, enlivened through spoken word stories and evocative lyricism. Although Sean had originally planned to announce the project on March 13 to coincide with “313 Day,” a celebration of Detroit, the announcement was postponed to later that month due to the COVID pandemic. Following months of anticipation, Big Sean’s passionate ode to his home dropped on the promised date of Sept. 4 along with a capsule of merchandise.

“Detroit 2” serves as a sequel to Big Sean’s 2012 mixtape “Detroit.” “Detroit” was released as a free download and featured some of the same collaborators brought back for “Detroit 2.” Interestingly, none of the promotional singles released in the summer of 2019 were included on the album. The album cover begins to establish the overall theme of the album with Sean shown in front of a rusting metal fence while four men float above him using buckets as drums. This imagery, along with the flowers, symbolizes the mix of the mystical and the mundane that populates Big Sean’s image of Detroit.

The album is an enjoyable and mostly successful ode to Detroit. Big Sean is able to elucidate Detroit as he sees it, even in songs that don’t directly relate to the city. The album also features a wide range of emotions and styles that create a diverse tapestry of the city and Sean’s life. Sean tries to do a lot throughout the album, which can at times lead to a lack of unity. Throughout the album, this apparent disjointedness was able to convey the multifaceted nature of the human experience, but could distract from the overall message.

One of the points that begs discussion from the album is decidedly nonmusical. Interspaced throughout the album are three spoken word stories about Detroit from three figures with deep connections to the city. This is a clear continuation from “Detroit,” which included narration from Common, Young Jeezy, and Snoop Lion. The first story is told by comedian Dave Chappelle and follows one of his experiences bombing a show in his “favorite market,” Detroit. Chappelle elucidates the feeling of the city by comparing it to an “entity” and not just “a place you go.” Chappelle uses his story to illustrate the kindness he sees in Detroit even among a tough audience. He ends by professing his love for “Motor City.”

The next of these vignettes is a breathy ode to Detroit from soul legend Erykah Badu. A Dallas native, Badu speaks of the “special place” that Detroit has in her heart and describes the characteristics of the city. Her rich imagery makes the city palpable to those listening. Listeners can almost feel the “dirty water that gives it its flavor” and the “invisible intelligence” of the city. Badu’s description creates a portrait of Detroit that adds a level of intimacy to the album.

The final spoken word comes from Detroit native and acclaimed musician Stevie Wonder. Wonder speaks of how the city and his family helped him to stay true to the “vision inside” of him, even with his “visual disability,” lending an aura of hope and possibility to the city that deepens the album’s deep connection to Big Sean’s childhood. Each of these spoken words grounds the album to Detroit and develops the thematic arc of the album.

Of course, the music does not disappoint either. The deepest Detroit connection on the album is the massive “Friday Night Cypher,” featuring production from three Detroit producers while 11 Detroit rappers switch off verses. Amazingly, there were other recorded verses from noted rappers like Danny Brown that had to be cut to make the song “listenable.” This effect creates some drastic changes throughout the song that ultimately work well within the context of the album. The song functions almost as more of a showcase than a unified composition and by displaying other Detroit natives, Sean deeply grounds the song to his home. At times the song almost breaks up into separate tracks with complete changes of beat and flow.

“Don Life” features Lil Wayne and addresses the contradictions of the lavish lifestyle afforded by fame and the inequalities seen while making money for Black musicians. A deep voice introduces the song and evocatively compares the earnings of athletes with their “owners,” a parallel to slavery that extends to other fields of entertainment. At all stages, those putting in the work see more money made by others tangentially involved with their performances. The idea of the song is summed up with the line “getting to the paper like it’s human nature.” Both Big Sean and Lil Wayne got where they are today through their work ethic and musical ability. The same narrator then specifically addresses the inequality in earnings for artists who create “Black music.” Even as it sells well, artists often make “pennies a record” on royalties. The song also contains an almost microscopic feature from Meek Mill in the chorus. Production-wise, the framing of Sean and Wayne’s verses between the narrator creates a strong juxtaposition that lends further meaning to the song.

“Guard Your Heart” is a change of pace for the album as a quieter, introspective song featuring Anderson .Paak. The song covers everything from broken hearts to anger over police brutality and the current pandemic. Its gentler introspection is contrasted by the pontification in “Lithuania.” “Lithuania” contains a strong Travis Scott chorus and verse that leaves listeners much more satisfied than his cameo on Kanye West’s “Wash Us in the Blood” earlier this year.

“Detroit 2” is a sprawling but unified view of Big Sean’s love for his home. While some ideas could have been fleshed out more to create a more artistically unified composition, the overall effect of the album is strong and leaves the listener wanting more even after over an hour of music. The juxtaposition of different aspects of the human experience creates a multifaceted view of both Big Sean and Detroit that is definitely worth the listen.

“Detroit 2” is available to stream on all major music platforms. 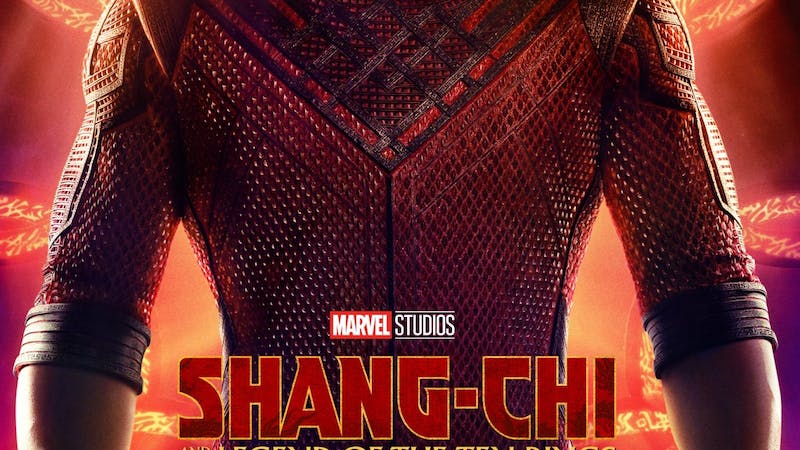 Review: “Shang-Chi,” a portrayal of the Asian-American experience

Directed by Destin Daniel Cretton, Marvel’s “Shang Chi and the Legend of the Ten Rings” is a stunning visual adventure that seeks to encapsulate the richness of Asian culture. Following in the tradition established by other Marvel movies like “Captain America: The First Avenger” and “Black Panther,” the film represents an origin story that transcends the titular character and points to the greater significance of their cultural identity. 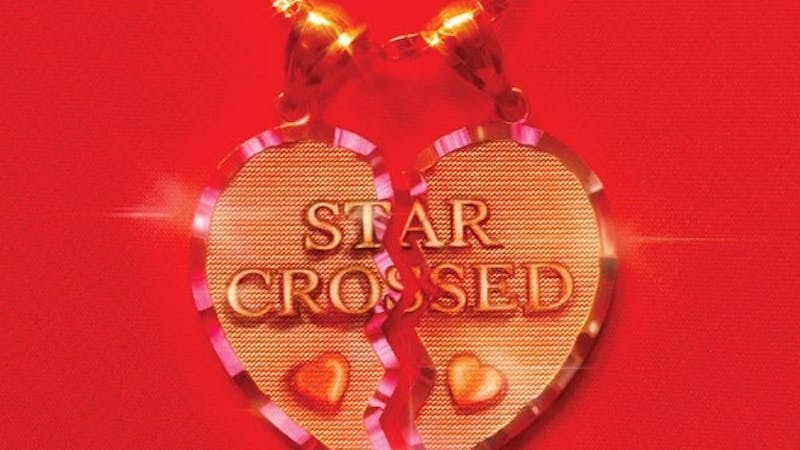 Five stars across the board for ‘star-crossed’

There’s a discomfort in talking about breakups, divorce in particular, that Kacey Musgraves refuses to shy away from. After her last record, “Golden Hour,” which detailed the singer’s beautiful, dreamy, sunshine-filled marriage, won album of the year at the Grammys in 2019, it was shocking to hear Musgraves announce her divorce from husband Ruston Kelly in 2020. The album, and thus the relationship, had such a cultural impact that it was hard to believe it could break down. At the time, Musgraves spoke very little on the subject. However, with the release of the album and film “star-crossed,” Musgraves is finally letting us in. All the way in. 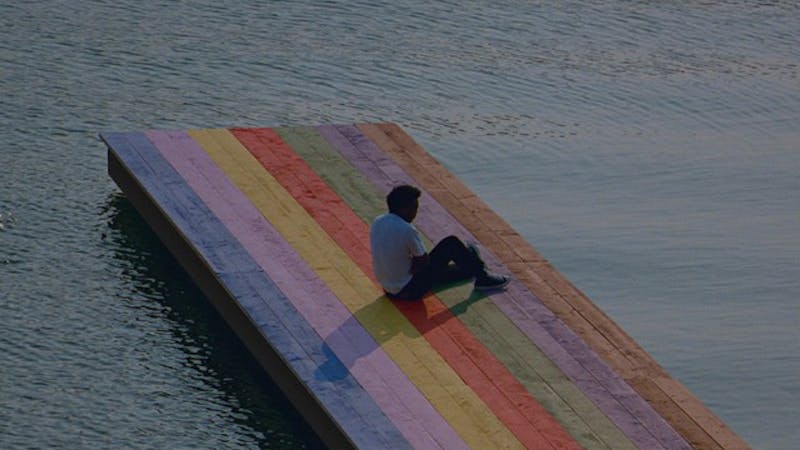 Review: ‘The Melodic Blue’ embraces a wide range of styles for a strong debut

Baby Keem crafts a well-produced and enjoyable debut album with “The Melodic Blue,” incorporating a wide range of styles and emotions throughout the album to keep listeners engaged.