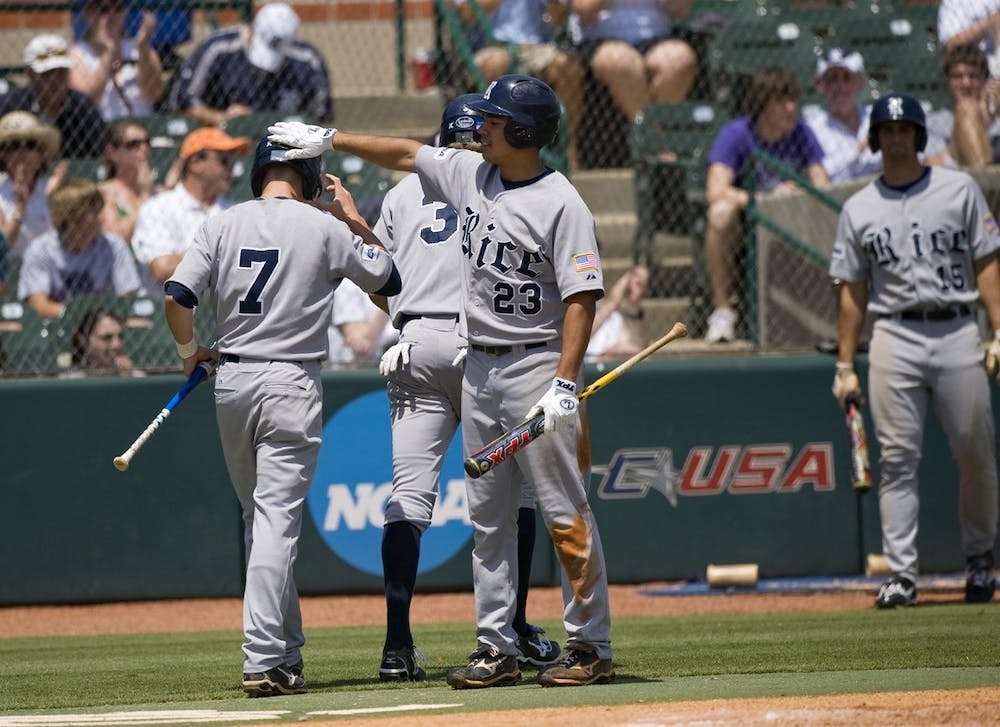 The MLB regular season came to a close on Monday, marking the first major U.S. sport to start and finish an entire, albeit shorter, regular season in the midst of the pandemic. Down to 60 games from the usual 162, this MLB season had its share of excitement. Three former Owls saw playing time this summer: Tyler Duffey of the Minnesota Twins,  Anthony Rendon of the Los Angeles Angels and Brock Holt of the Washington Nationals.

Even with the expanded MLB playoff field, only one former Owl will participate in the postseason: Twins relief pitcher Tyler Duffey. In 24 innings this season, Duffey totaled 31 strikeouts and only five earned runs; he finished with a 1.31 ERA and a 0.79 WHIP, or walks per innings pitched.

During his time at Rice, Duffey was a stellar relief pitcher. His junior year in 2012, Duffey maintained a 1.93 ERA, held opposing hitters to just a .181 batting average, and was named National Pitcher of the Week during the final week of the season.

The year before, Duffey helped lead the Owls to a Conference USA Tournament championship. In that tournament, Duffey gave up only six baserunners, zero runs, and struck out eight batters in nine innings of work; for that, he was named the Most Valuable Player of the C-USA Championship.

Duffey was drafted in the fifth round of the 2012 MLB Draft by the Twins and made his debut in 2015. It wasn’t until 2017 that he was placed in the bullpen and became a full-time relief pitcher.

Duffey figures to be a key piece of the Twins bullpen if they do end up making a deep playoff run this October.

The most well-known former Owl in MLB is Anthony Rendon. The former All-Star and 2019 World Series champion, Rendon spent the abbreviated 2020 season with his new team: the Los Angeles Angels.

Rendon finished this season with a .286 batting average and was second in the American League with a .418 on-base percentage.

Rendon’s talent is recognized by his teammates. His teammate, Mike Trout, widely considered the best player in baseball, told the Orange County Register that he’s amazed by Rendon.

“He doesn’t really stress over anything,” Trout said. “He just goes out and hits. It’s pretty remarkable the way he does it.”

Taken with the sixth overall pick in the 2011 MLB Draft by the Washington Nationals, Rendon spent the first seven years of his career with the Nationals before opting for warmer weather last offseason. Rendon signed a seven-year, $245 million contract with the Angels in December of 2019.

The final former Owl with MLB playing time this season was Brock Holt.

Holt started this season with the Milwaukee Brewers before being released. He was signed by the Washington Nationals at the end of August.

A transfer from community college, Holt spent only the 2009 season with the Owls before being drafted. In that season, Holt had a .340 batting average, with 12 home runs and 43 RBIs. That year, Holt helped propel Rice to a C-USA tournament championship and an NCAA super-regional bid.

There is one former Owl who began spring training on an MLB roster. Arizona Diamondbacks pitcher Jon Duplantier, who made the MLB last season, was sent down to Triple-A in March after an injury in his elbow flared up.

There are currently numerous Owls on Minor League rosters, and it is likely that some will make an appearance during MLB’s spring training in 2021.