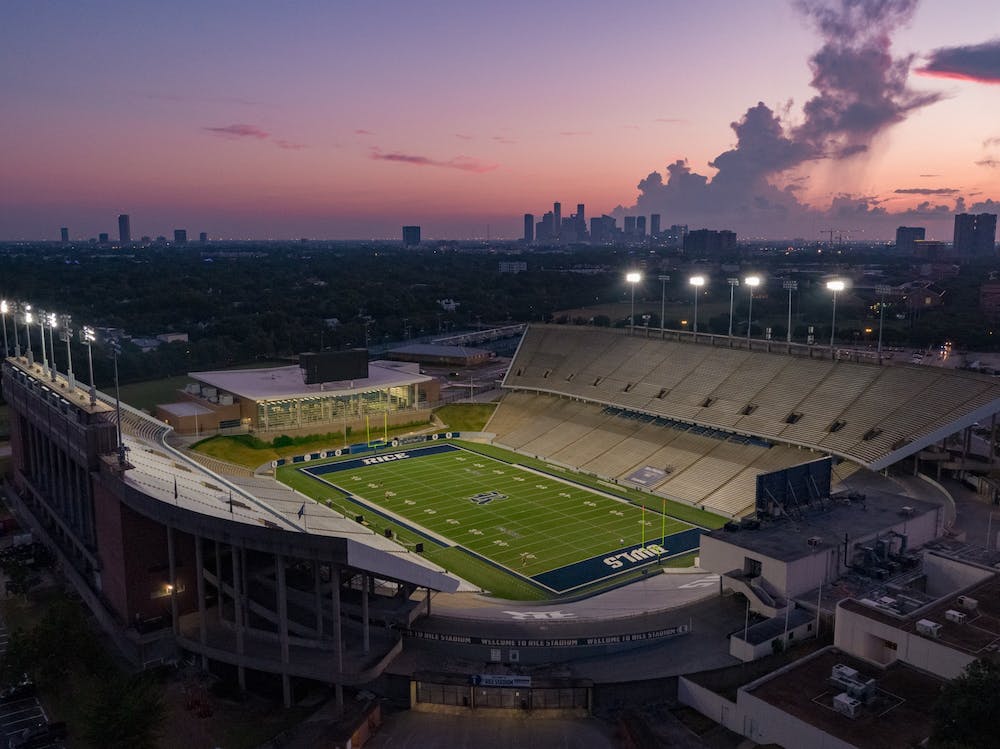 In a summer that was full of uncertainty, the return college sports has been one of the biggest unknowns. As the school year begins and decision making windows shrink, it appears that Conference USA will move forward with the plan to play football this fall. Head coach Mike Bloomgren praised his team’s commitment throughout an extraordinarily strange summer.

“Our staff and our players have done an incredible job in continuing to adapt each time we’ve had to reset the timeline and focus on the goal of improving every day,” Bloomgren said. “They have accepted the challenges and continue to attack them with creativity and determination.

This summer has had its fair share of setbacks and rescheduling.

On August 10, Rice Football announced that it would delay the start of its season from Sept. 3, and push it back to Sept. 26. This effectively canceled their previously scheduled games against the University of Houston and Army. With Rice restricting outdoor gatherings to under 50 people and the NCAA limiting the number of full practices they can hold, there was no choice but to delay the season.

More recently, Lamar University and Rice agreed to cancel their Sept. 26 game, the only remaining nonconference game on Rice’s schedule. However, it is possible that the Owls could add another nonconference game to their schedule, likely against Houston or Army. Bloomgren expressed frustration with the uncertainty of the current situation.

“[The hardest part has been] the inability to provide the answers to those players and coaches who desperately want them,” Bloomgren said. “We’ve had to accept the limitations in place because of the protocols and embrace new approaches.”

According to players, the main challenge for the team is to abide by those guidelines. Senior tight end Jordan Myers said it has required “continuous reminders” about social distancing off the field.

“The leaders of this team, young and old, have taken it upon themselves to speak up when there is someone who isn’t following the guidelines to the standard that we, as a team, hold ourselves to,” Myers said. “With the team eager to play this fall, there's been no issue for our leaders to come together and keep everyone safe.”

As it stands now, Rice will open its season on the road against Marshall University on Oct. 3 and will host their home opener the following weekend against the University of Alabama, Birmingham on Oct. 10. Bloomgren said that he believes the team, and university as a whole, are in a good position to start the season.

“Our sports medicine team has been tireless in their efforts to create the protocols needed,” Bloomgren said. “The entire campus community has come together to create the best environment possible. We’re in the best place possible to be prepared to move forward with the season.”

The team is currently conducting walkthroughs and conditioning in small groups. While wearing masks and face shields, they can line up in football formations and go through reads and plays at a walk and with no impact. Senior wide receiver Austin Trammell said that the hardest part of these walkthroughs has been the lack of competition.

“The biggest challenge of not having full practices has been not being able to compete against an actual defense,” Trammell said. “It is very different running plays on air rather than when someone is in your face trying to stop you.

Other players have echoed Tramell’s sentiment. Junior linebacker Antonio Montero said that while the smaller practices are helpful with distancing, it takes away from the social component of being on a team.

“The small practice groups are a good way to distance and diminish the risk of spreading COVID, but they take away from the social aspect of workouts and the camaraderie that comes with being on the team,” Montero said. “Overall, we have handled being in a small group professionally and with little complaints. I think we are all just happy to be back.”

The Owls will likely start running full practices within the next week, with this Saturday, Sept. 5 being floated as a potential start date for training camp. The NCAA allows teams 25 training camp practices (with one off-day each week) before the season starts. In order to get all of those practices in, the Owls will have to start soon. Bloomgren expects his players to be ready when the time comes.

“We have challenged the players since March to ‘Win the Wait’ and stay positive, knowing that this too shall pass,” Bloomgren said. “Our team knows that the work we do in the darkness of COVID-19 will show itself under the stadium lights whenever we [are able] play.”