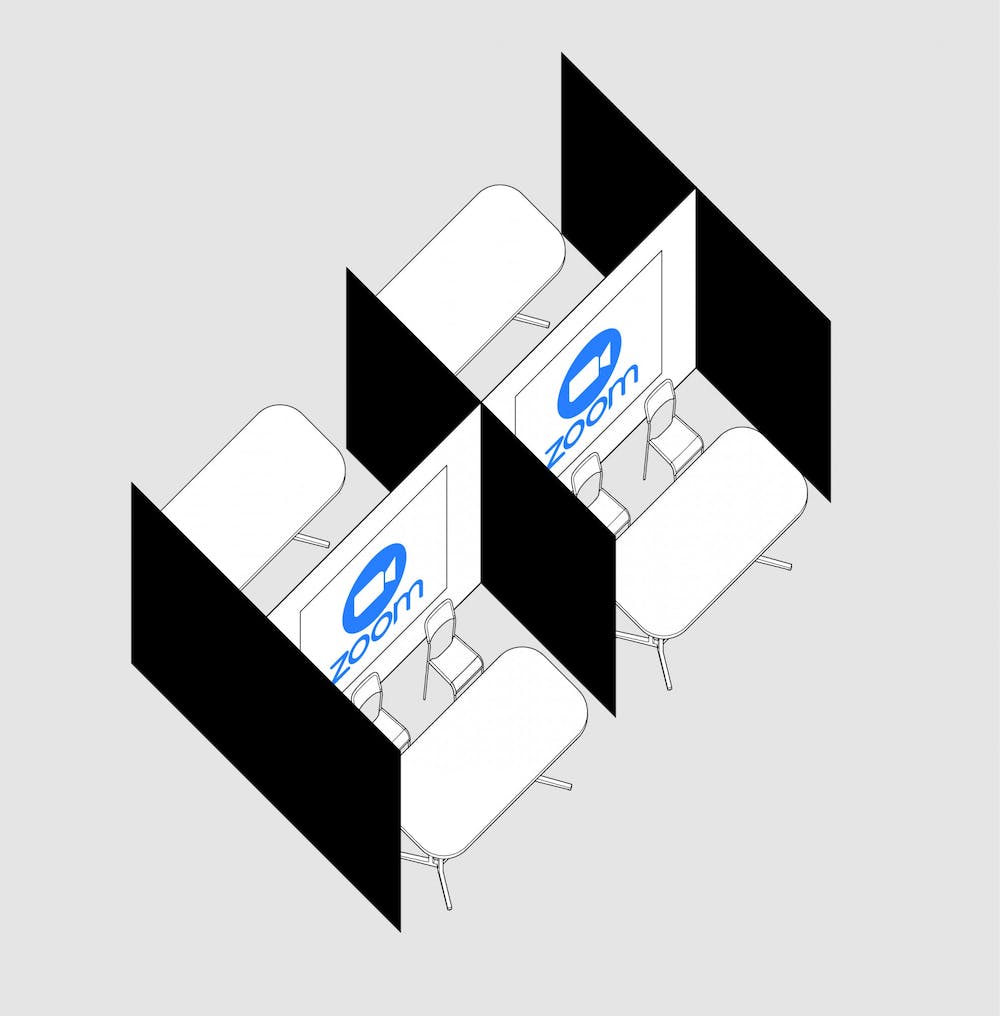 The Center for Career Development held its first virtual career fair two weeks ago and the student-run “Night of Networking”, for STEM students, will be held on Oct. 8. With recruiting season coming soon, both the CCD and Rice students have committed to bringing opportunities for networking and recruiting to students virtually.

The career fair had 1,607 students and 93 employers at the virtual event, similar to the numbers at past in-person career fairs. According to Katelyn Holm, events specialist at the CCD, the feedback from students was positive.

“We know that Fall Expo is a huge, loud and crowded event with space restrictions,” Holm said. “That type of environment can be intimidating. The Virtual Expo offered a very different experience, and we received great feedback from students that felt more comfortable networking in this way.”

The career fair was held through the Handshake platform with informational sessions and one-on-ones with representatives, according to Holm. Students were required to preregister for the event, as well as RSVP to the events they wished to attend.

Vinay Tummarakota, a sophomore at Hanszen College, attended the career fair and felt that the format of the virtual fair allowed students to better prepare for interactions with company representatives, as they knew exactly who they were going to meet with and when.

“I think the CCD did a good job of running this career fair in terms of preparing students for what it would be like,” Tummarakota said. “I also really liked the format of signing up for sessions beforehand because I actually went to a separate career fair that was not affiliated with Rice and they didn’t have this feature, which led to a lot of chaos.”

Students also had the opportunity of making their resume accessible to recruiters through Handshake, where representatives could access public resumes from student profiles.

“Through putting my resume on Handshake, one recruiter actually found and contacted me, so it’s actually been more helpful than I expected,” Tummarakota said.

According to Loren Goddard, a senior at Hanszen College, the virtual format allowed for longer and higher quality interactions with recruiters than one would get at the in-person fair. However, Goddard said there were some setbacks to the virtual format.

“One thing that was different was that in person I would go up to random booths sometimes even when I had no idea what the company was just to learn more about it or who they are hiring,” Goddard said. “But in this case, I couldn’t just randomly talk to people because I had to sign up before.”

Students at Rice also continue to host their own virtual events to allow students more opportunities to connect with companies and aid in the recruitment process.

Leslie Arrazolo, external vice president for the Society of Hispanic Professional Engineers, said that she is leading the organization for the Night of Networking event. This event began as a way to introduce members of the SHPE to more professional development opportunities.

The event expanded with the help of student leaders from multiple Rice organizations, including the Rice Center for Engineering Leadership, Society of Women in Space Exploration, National Society of Black Engineers, Society of Asian Scientists and Engineers and Rice Climate Alliance.

According to Arrazolo, the virtual platform provided a great opportunity to get companies that usually would not come to Rice to recruit students, either due to distance from Rice or because no one had reached out to these companies in the past.

“The reason I signed up for [Night of Networking] is because there are a lot of companies going that I have never seen at the career fair before,” Goddard said. “So that’s the initial thing that really stood out to me, because they have all these companies attending that don’t usually hire from Rice.”

The Night of Networking event will have companies such as Intel, SpaceX, Honda and McKinsey & Company, along with many others. The full list of companies can be found on the event webpage.

Arrazolo believes that in this time of the pandemic it is important to increase student’s access to opportunities, especially with rising job insecurity and internship cancellations.

“During this pandemic, job insecurity has increased,” said Arrazolo, a junior from Brown College. “Students worry about their future plans; companies have canceled internships, and other companies have even stopped recruiting. We thought bringing in additional companies that are hiring would be a great opportunity to expand student’s opportunity to continue developing their professional skills and hopefully land a summer internship or full-time job.”

This event will be held through the Gatherly platform and will mimic an in-person career fair. Students registered will receive detailed information about the format but, generally, students will be able to “line up” to talk one-on-one with company representatives through this platform, according to Arrazolo.

The Rice Computer Science Club is another student-led organization that is now hosting virtual recruiting and informational events for students. Over the past month, the club has hosted events with Facebook, HubSpot, Two Sigma and other smaller companies.

According to Kelly Huang, external vice president of the Computer Science club, these events often consist of a panel with a Q&A session where students can find out more about the company and what type of hires they are looking for.

“To simulate an in-person experience, I have been utilizing Zoom’s breakout rooms in these events so students can talk to recruiters in a smaller, more personal setting,” Huang, a Lovett College sophomore, said. “Personally, I really enjoy these breakout rooms because when popping into them I always hear a lot of discussion with students and recruiters.”

While virtual recruiting and networking does not fully mimic an in-person experience, Holm said she believes there are many benefits for students, and opportunities are still readily available through the CCD and student-led events.