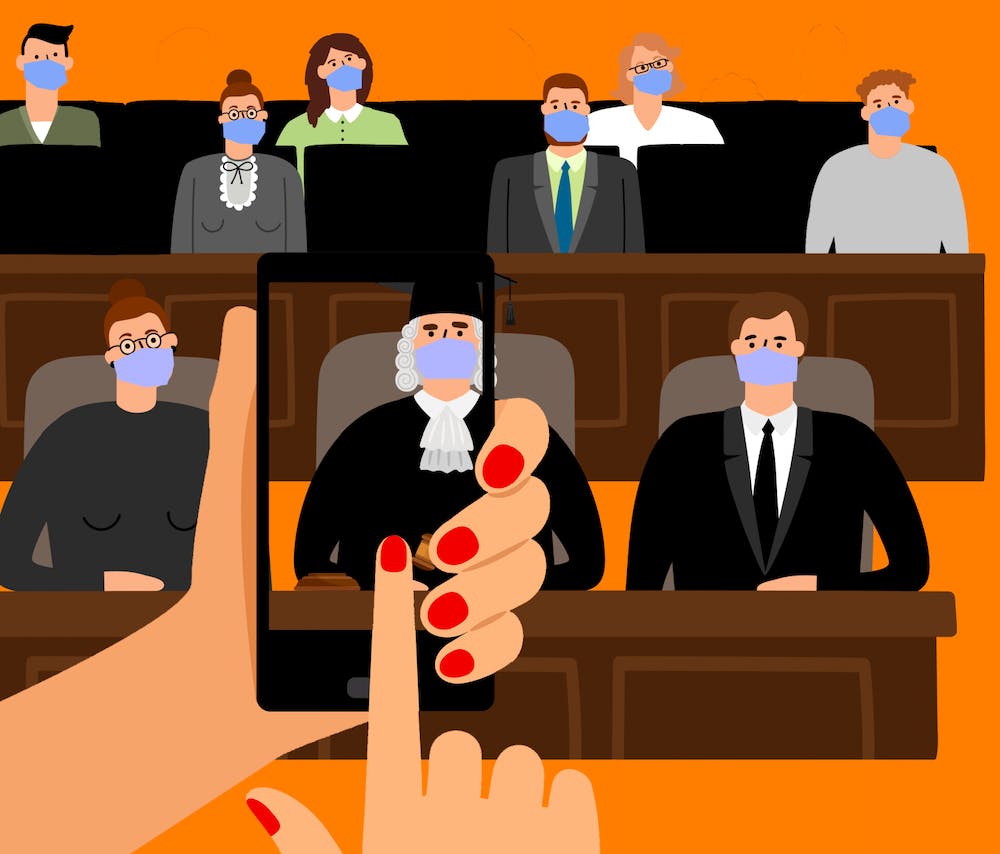 The Rice Honor Council saw an increase in the number of cases last semester, receiving 78 complaints of academic misconduct compared to the 28 cases heard in the previous semester.

According to Sam Holloway, the chair of the Rice Honor Council, the rise in cases last semester may have been caused by both a rise in cheating as well as cheating being more easily detected by assessment platforms like Canvas quizzes.

“I think the increase is both from a lower barrier to entry to cheating but also a lower threshold of detection,” said Holloway, a senior at Brown College. “Due to the inherent trackable nature of a lot of the online learning methods being used, such as Canvas quizzes, detection is getting a little bit easier.”

Of the 20 publicly available case abstracts on the Honor Council website for the Spring 2020 semester, 50% of the cases ended in favor of the student. The cases that are not publicly available are cases in which the accused student admits guilt during the preliminary hearing.

“There is a misconception that being sent to the honor council is like a death sentence,” Holloway said. “A lot of the people we encounter believe that if they are sent to us … we're gonna automatically side with the professor or we're not going to listen to their story and that's absolutely not correct.”

“Usually we can't deal with the backlog of cases until the next academic year, but this summer we were able to continue working through all the cases,” Holloway said. “Nobody who was accused in the spring or summer has had to wait to have their case heard until the fall.”

The Honor Council may consider continuing to hold online hearings in the summer in the future.

Holloway said that it is difficult to know how many cases the Honor Council may receive in the upcoming fall semester. He speculates that the number of cases next semester could remain higher than the number of cases during a typical, in-person semester, but could decrease compared to the Spring if students and professors adapt to online learning.

“I also imagine that as people become more adapted to online learning that they will understand ... what professors' expectations are,” Holloway said. “I also think professors will adapt by using methods of evaluation that are less conducive to cheating.”

Holloway also guesses that some of the Spring violations may have been caused by students trying to collaborate online just as they would have done when they were on campus.

“Since you can't talk through your assignments as easily with someone there might have been an inclination to just send work back and forth in a way that wasn't allowed,” Holloway said.

In nearly half of the publicly available cases, students were accused of unauthorized collaboration in a lower leveled CAAM course. According to Course Schedule, CAAM 210 is the only lower-leveled Computational and Applied Mathematics class offered last semester.

Before the pandemic, students in CAAM 210 would collaborate in-person on the unpledged projects, but each student had to submit their own code, according to Travis Dowd, who took the class last semester.

“Honestly, I didn’t really collaborate at all after going home,” said Dowd, a sophomore at Sid Richardson College. “We had two unpledged projects after going home and one pledged. They did allow collaboration, but I don’t know how much others used it.”

Holloway said that although cases have risen last semester, he believes that most students are still committed to upholding the honor system.

“I've honestly been impressed by the conduct of students because we've seen instances of people getting reported and there have been plausible explanations for why they didn't actually violate the honor code,” Holloway said. “I definitely think that by and large, a lot of people are still upholding the honor code.”