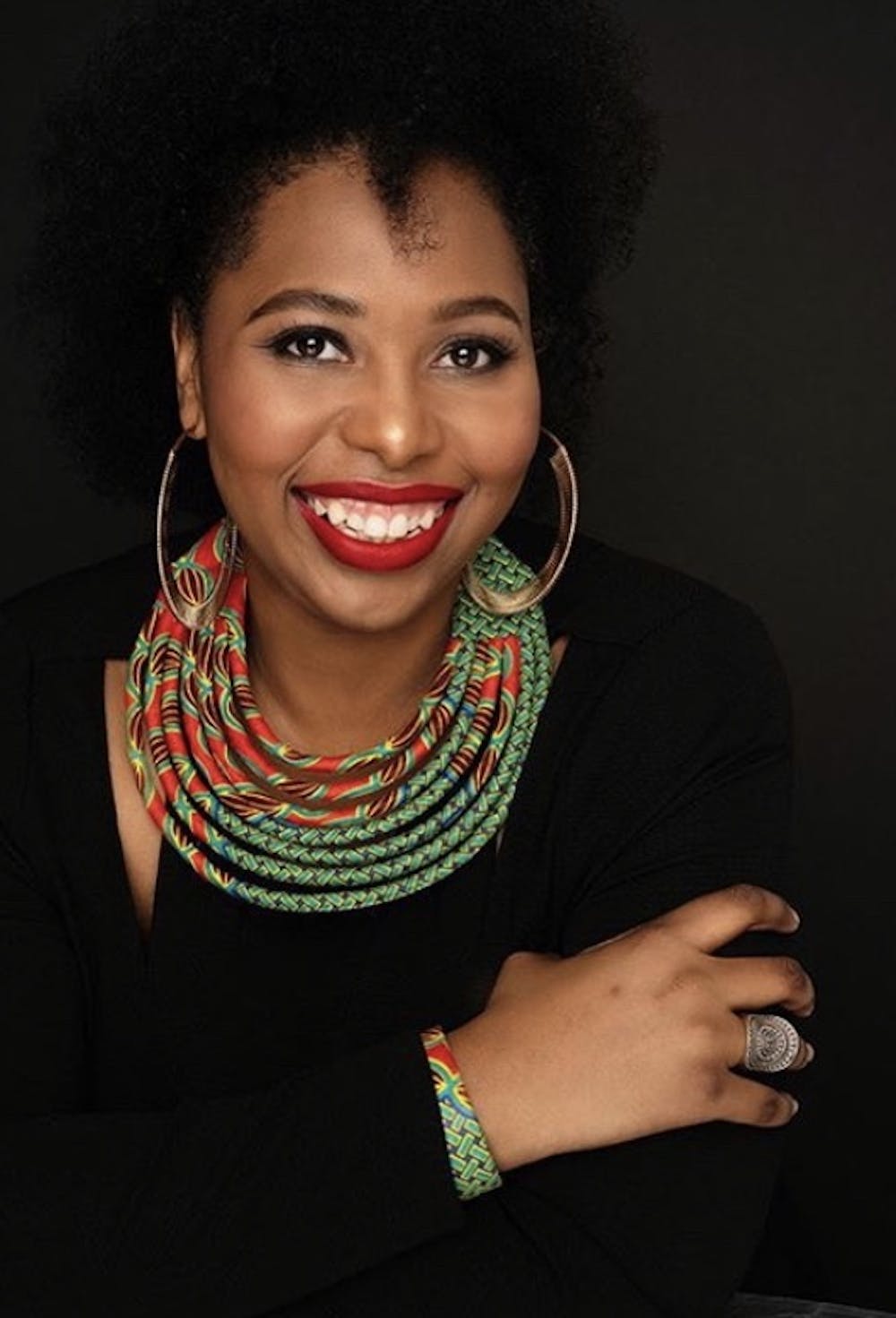 “A committee made an announcement: a better future awaits us.” So reads the first of four yellow billboards in the west lawn of Rice’s Brochstein Pavilion. What an inadvertently converse foreshadowing of the difficult weeks and months that have followed the opening of Kameelah Janan Rasheed’s text-based art installation “perhaps, there is no sequel.” This weekend, the Rice community will have the opportunity to engage with Rasheed’s inquiry into futurity once again with a crowd-sourced poem created by Deborah D.E.E.P Mouton, social activist and previous Houston Poet Laureate.

The Thresher previously reported on the exhibit’s opening performance back in February, where Rasheed encouraged her audience to engage with the installation in ways they hadn’t before — clapping, snapping and sighing — in order to welcome uncertainty and vulnerability into their movement.

It seems that almost immediately following Rasheed’s artistic manifestation of those themes that late February evening, the world proceeded to make them an inescapable reality. An almost eerie premonition, the questions that Rasheed posed months ago feel even more urgent and relevant today, magnified by a world that’s changing with a dizzying rapidity usually reserved for supercuts:

Rasheed’s work was always meant to involve novel forms of audience engagement; when Rice was still open, cards with various creative writing prompts were dispersed across campus to encourage participation with the work. After campus closed due to COVID-19, opportunities to engage with the work moved to a remote format. From May 1 through May 30, the Rice community was invited to submit their responses to the same prompts through an online form. This Saturday, Mouton will perform a poem created by the submissions live on the Moody Center for the Arts' Instagram account on June 6 at 2:00 p.m., a culminating response to the timely themes of futurity and certainty embedded in Rasheed’s work.

I had the opportunity to speak with Mouton about her process of creating a community poem, the augmentation of the artwork’s message by our present moment in history and our collective responsibility to actively create that better future — rather than sit idly by and wait for its announcement.

KL: When did Kameelah Rasheed approach you with this project and what drew you to participate in it?

DM: “They reached out in February, I think. And originally the project was supposed to be looking at a culminating event in September with possible workshops during the summer, but with the coronavirus everything had to be adapted and changed. I really love collaboration, and so my first thoughts were thinking about how we could collaborate in the creation of a response to the work, how we could wind in people's experiences with the artwork as well as with each other and their own gathering of text. So, it was just really interesting and a new way to kind of, be fresh and approach writing in ways that I hadn't done in a while.”

KL: Looking back on everything that's happened since February, I feel like the themes of the piece — certainty, vulnerability — have really come to be at the forefront of our society. What are your thoughts on how the themes and messages of the artwork have changed or been amplified by everything that's happened, both with the coronavirus pandemic and now with nationwide protests against police brutality?

DM: “I think that fragility is really a great way of approaching and looking at the world around us, because I think that it's something that always exists but people don't always know how to access it. I think that's what we're starting to see with our healthcare, I think that's what we're starting to see with our race relations in this country. For those who were not aware, I think [they] are realizing just how fragile things have been. I think that the work just continues to be amplified and we just start to see that there has always been this need to be more vulnerable in order to access truth and in order to be able to move forward. I think that all the work is looking toward progress and looking toward being in this very honest moment where we can examine ourselves and our environment and figure out the needs, the strengths and the weaknesses of what it is.”

KL: How is the creative process of creating this sort of crowd-sourced poem different from writing a poem on your own?

DM: “I think for me, there's definitely little phrases that I'm borrowing that I think go together really well. But more than that, there's themes that tend to come up over and over again, so really weirdly — maybe because one of the prompts is placed in 2030 — time is mentioned a lot. There's a lot of mentions of light and darkness in the responses, so instead of trying to kind of reconcile the differences between really polar opposites, I’m searching for things that they do similarly.”

KL: That's sort of hitting on my next question. You said there have been recurring themes, do you feel like there are any overarching tones of optimism or pessimism?

DM: “Not necessarily. What we gathered were kind of all over the map as far as what people wanted to talk about or engage with. I think more than anything, you start to be able to examine on a very macro level kind of, what are the needs associated with each of the posts? What are the desires, the wants? And then from there, creating a poem becomes a lot easier.”

KL: Have there been any submissions that have really stuck out to you?

DM: “There was a post that really resonated with me where 2030 [is perceived] as being like, ‘If we don't change something soon …’ and the person went on from there. But just that phrase was thinking of being at this precipice where change is imminent or some grave danger will follow. I started thinking about the 1960s and the Civil Rights Movement and how the ’70s, in retrospect, started to look like this very utopian moment after revolution of people being free and being able to love who they wanted to love. And we started to find that the world is much more welcoming and accepting, or at least it seems like that in retrospect. I think that going forward, we may find ourselves where history repeats as a moment of feeling like we've arrived in some way but only to be met back with resistance. And it's kind of our choice to create what we want that response to be now, so that when we get there we're prepared for that response. It's not force fed to us but it's one that we get to create ourselves.”

KL: What do you hope that this poem will add to the original work? What sort of new dimension or message do you hope to drive home about it?

DM: “I think that community poems do a really good job of being able to give people ownership in ways that they feel like they all become part of something bigger than themselves. And maybe that their thoughts are extending in ways that they didn't think that they would be. I hope that's what people find in this piece, that in addition to the fact that it has hints and remnants of things that were collected in the process, that they all stir together and create something that’s really meaningful, and helps us evaluate the world around us and helps us think more towards the future that we want to see.”

KL: I did want to ask how you feel about the specific statement ‘a better future awaits us.’ I feel like it's something we've all been inadvertently clinging to, even in the back of our minds. How do you feel personally about trying to look forward to the future now?

DM: “I think that it’s very sobering and helpful for us to look toward the future, especially one that we perceive as being better. I think it's also our natural tendency to do so, because when you're kind of in the thick of what feels like the worst, you want to have optimism and you want to look forward. At the same time, I'm very leery of it because if we don't do something to ensure that there is something — you know, 'the future awaits us' is very passive. It [implies that] it's there waiting for us and I think that instead, the future is much more promising when we make it a promising future. I feel like people need to put the power back in their own hands and realize that there is a better future that is accessible, but we have to do the work of building the bridge to get there.”