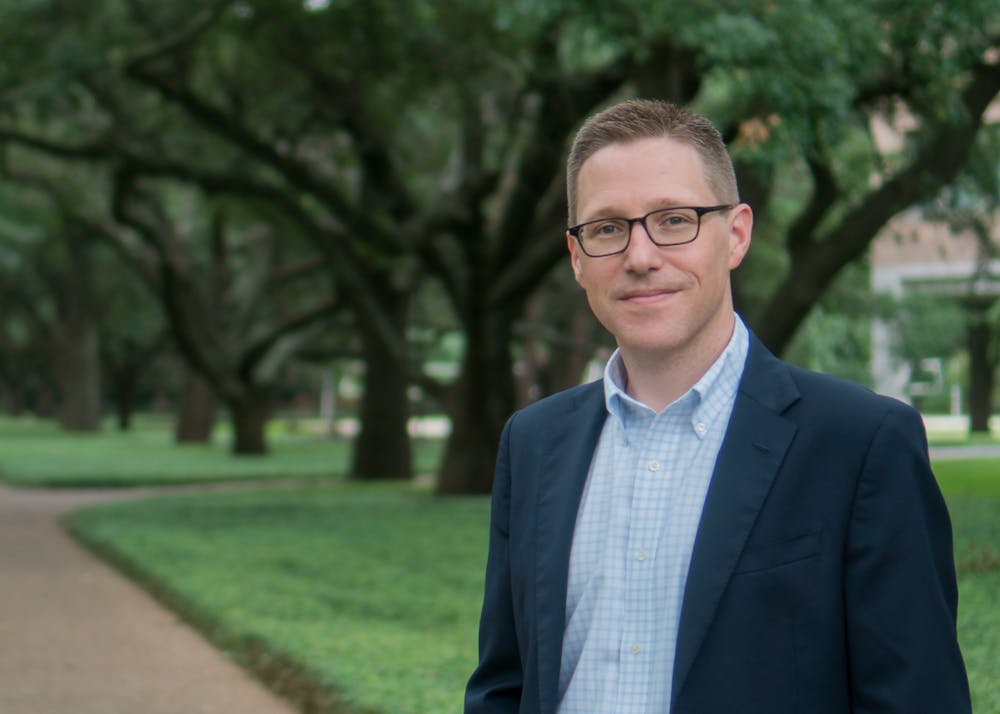 History professor Caleb McDaniel became the first Rice professor to win a Pulitzer Prize for his book “Sweet Taste of Liberty: A True Story of Slavery and Restitution in America” on May 4. The book is about Henrietta Wood, a woman who in 1870 successfully sued the man who abducted her and sold her into slavery.

McDaniel, who is also an outgoing Duncan College magister, said he found out he won the award in a text from a friend while working on some projects at his off-campus house.

“It was a big surprise,” McDaniel said.

“Sweet Taste of Liberty” tells Wood’s life story. Initially freed in 1848, Wood was kidnapped and sold back into slavery, and did not regain her freedom until 1869. She sued her kidnapper for $20,000 and was awarded $2,500, or more than $60,000 today. However, the case did not result in other lawsuits from former slaves.

McDaniel said he first learned about Wood from another historian while he was working on a research project about enslaved people who were forcibly brought to Texas during the Civil War.

“I started there trying to find out more about her story, and the more I found, the more I knew hers was a story that deserved its own book,” McDaniel said.

McDaniel said that even though the amount Wood won from her lawsuit was less than she had asked, it made a difference to her and her son. For example, Wood’s son was able to buy a house in Chicago and attend law school using the funds that Wood won.

“Her story also shows the limits of restitution to one person in the absence of a larger reckoning with white supremacy and the legacies of slavery,” McDaniel said. “I think Wood wanted what happened to her to be told and told truthfully. Telling the truth about slavery is a part of reparations, too, though not the only part.”

Kathleen Canning, dean of the School of Humanities, said that “Sweet Taste of Liberty” reaches far beyond the usual venues of teaching and academic research and will inspire and engage readers from a much wider public.

“McDaniel is not only a master of the historical narrative and a detective of the highest skill when confronted with an archive full of documents. He is also a gifted and inspired teacher,” Canning said.

McDaniel said that the support he got at Rice, including help from undergraduates, graduate students and research assistants, was crucial for writing the book.

“A group of Duncan students even read a rough draft of Part I in 2017 while we were waiting for classes to resume after Hurricane Harvey,” McDaniel said. “Their feedback and my many mealtime conversations in the commons with other students really helped me flesh out my ideas and contributed greatly to the book.”

McDaniel is the incoming chair of the history department. Current department chair Peter Caldwell said that “Sweet Taste of Liberty” is a compelling account of what slavery meant concretely that also makes a moral and legal case for reconsidering calls for reparations.

“You could almost feel the ‘Wow’ coming from the emails after the history department heard that Caleb was awarded the Pulitzer Prize for the best history book of 2019. But the prize alone doesn't begin to say how important he is to the department and to Rice University in general,” Caldwell said. “He is one of those rare, hardworking people who excels in teaching, research and service. And he richly deserves this prize.”

McDaniel said that he hopes people continue to learn about Henrietta Wood and her story.

“I'm very grateful that the Pulitzer board acknowledged Wood’s story as a significant chapter in American history,” McDaniel said. “The best outcome of this would be for more people to learn about her.”