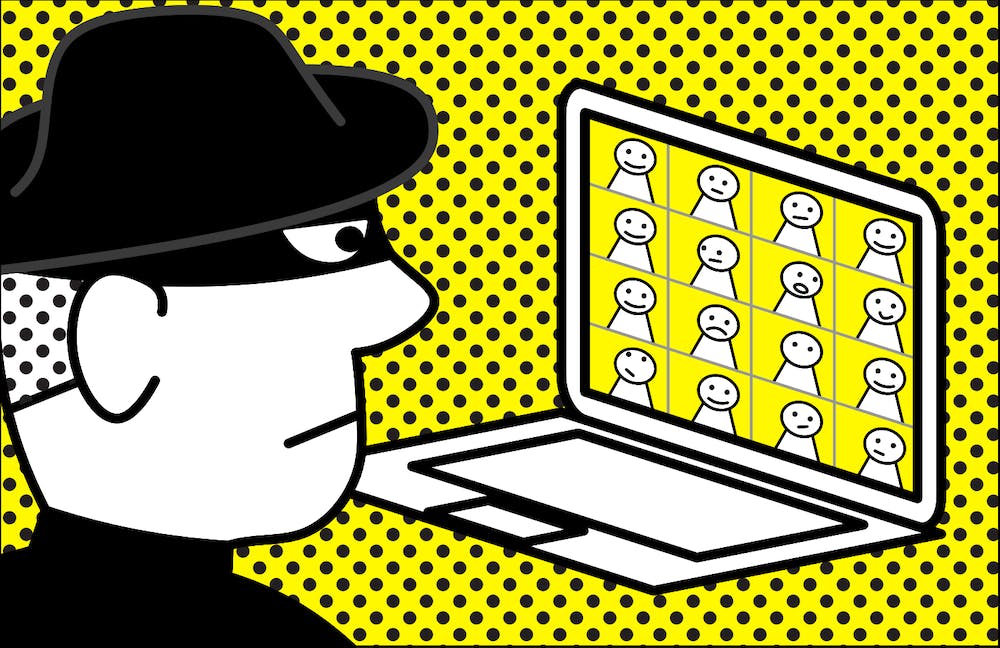 After moving all classes and programs online over three weeks ago, Rice faculty and staff are still experiencing difficulties teaching, including a common trend known as “Zoom bombing.” On top of other technical difficulties associated with the transition to remote learning, some classes and online programs have reported being interrupted by individuals that randomly join Zoom calls in order to cause disruptions.

Elizabeth Slator, associate director for programs for the Gibbs Recreation and Wellness Center, said that multiple wellness courses have been interrupted by Zoom bombers, with one class having to end the session early as a result.

“These experiences have been shocking and disruptive for all involved,” Slator said. “[Students] likely know from [their] own experience with Zoom that it’s not a perfect platform, and certainly there’s been a learning curve for both Zoom users and Zoom creators as more and more schools, businesses and institutions moved their services over to virtual formats.”

Slator said that class moderators called “bouncers” are responsible for monitoring the wellness class lists and removing uninvited participants as soon as possible.

Rice’s Office of Information Technology is attempting to counter the ability of “Zoom bombers,” but they are hesitant to potentially disrupt the current system of teaching by adding additional security measures, according to Marc Scarborough, Rice’s chief information security officer. Scarborough was not aware of the incidents before the Thresher reached out with information.

The OIT is still considering the best way to secure Zoom sessions without posing further difficulties to teaching, Scarborough said.

“We are trying to determine if it is time to adjust the default behavior of meetings, if it is time to recommend [new precautions] going forward and how would we do that in a way that is not disruptive to the faculty who are still trying to teach,” Scarborough said.

According to Scarborough, Zoom recommends certain precautions that mitigate the threat of “Zoom bombers” appearing in a meeting, including using passwords and waiting rooms and monitoring class lists. Zoom has introduced other options like hiding the meeting ID and password on the call’s screen and giving increased security controls to meeting hosts, including the ability to lock meetings.

During the first week of remote learning, an introductory astronomy lecture was interrupted by an individual annotating on the screen, according to Lauren Frey, a Jones College sophomore, who was in the Zoom lecture.

“As the professor was talking, I noticed that something was being drawn on the screen,” Frey said. “I thought he was drawing something to highlight what he was talking about. All of a sudden I hear, ‘Someone has drawn a phallic image on the screen.’”

Stephen Bradshaw, an associate professor of physics and astronomy, who was teaching the class during the disruption, said that he believed it was a student in class but found it difficult to trace the origin of the annotations.

“One thing that I did think was a puzzling choice on the part of the developers is that Zoom defaulted to allowing the annotation of slides by remote users, but did not default to identifying the users who annotated,” Bradshaw said. “I suppose this is part of the sloppy implementation that [Zoom was] rightly criticized for and have been working to fix.”

More bombers appeared during a Center for Civic Leadership information session. Morgan Kinney, associate director of the CCL, said that a chat for Alternative Spring Break site leaders had to be rescheduled due to interruptions from several unwelcome guests.

“Once the people were in and being disruptive they had somehow made it so I couldn’t remove them even as the host,” Kinney said. “[My advice would be to] take the minor interruptions, like odd messages in the chat, seriously because it will likely escalate from strange to offensive quite quickly.”

Scarborough was not aware of the incident during the CCL chat. He said that the OIT wants to hear from faculty and staff more often when an interruption takes place in order to have a better understanding of how to combat “Zoom bombers.”

In addition to “Zoom bombers,” reports of Zoom’s privacy violations have prompted many school districts around the country, including New York City’s Department of Education, the largest public school district in the country, to ban the use of Zoom for online classes earlier this month. Scarborough said that, to the best of his knowledge, Zoom had addressed most of privacy concerns in frequent updates.

“There are a couple of issues that are going to take them a little bit longer to resolve,” Scarborough said. “There are some questions around how they do end-to-end encryption, for example, but as far as any issues around privacy where they are sharing information with Facebook and LinkedIn, it does appear that they have addressed those issues.”

Zoom’s privacy concerns have resulted in many companies and school districts to switch to other platforms, but Scarborough said Zoom was always a front-runner for online education because of its presence on campus even before the cancellation of classes. Rice is continually monitoring the situation and would be willing to change platforms if absolutely necessary, according to Scarborough.

While faculty, staff and students are having to cope with interruptions to classes and programs,  Slator is confident that wellness classes along with the Rice community will overcome the challenges that come with online learning.

“We believe that our students, faculty and staff need live interaction and the joy of movement now more than ever,” Slator said. “We continue to evolve our practices and implement new measures to ensure the health and safety of our participants and instructors.”