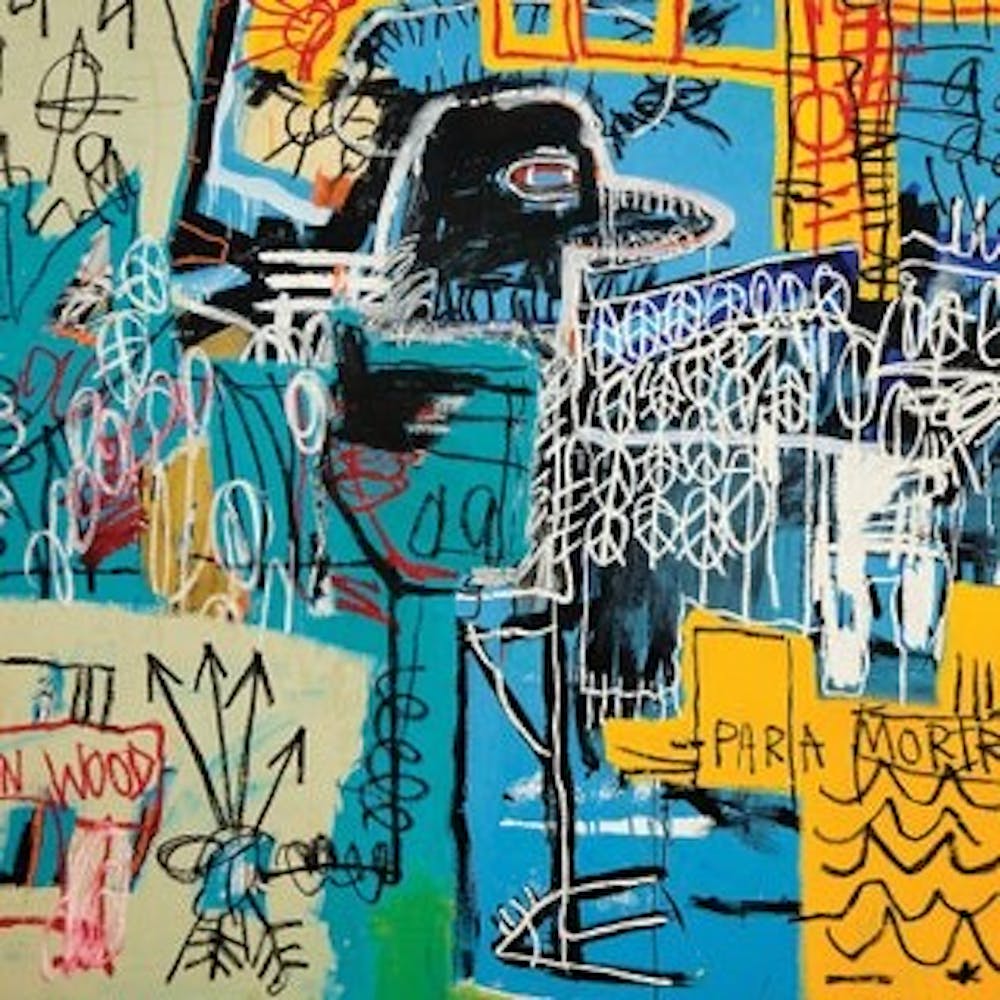 A few months ago, the band debuted one of the early singles from the album, “Bad Decisions,” at a February rally for Bernie Sanders in New Hampshire. My own political biases come into play here, but all music sounds better when it is the soundtrack for a progressive campaign. The song also proves a fitting soundtrack for cutting your own bangs or texting your ex with its simultaneous romanticization of “making bad decisions with you” and acknowledgement that they are “really, really bad decisions.” The music itself is upbeat and samples of Billy Idol’s “Dancing with Myself” are prominent. The lyrics are catchy but lead vocalist Julian Casablancas never sounds too enthused, which works to the song’s benefit as it encapsulates the  paradox between the romantic notion of knowingly pursuing the titular “bad decisions” and the consequences that may ensue.

The album’s harkening back to the ’80s extends beyond “Bad Decisions.” Synthesizers populate several songs to great effect, and in “Brooklyn Bridge to Chorus,” Casablancas asks, “And the eighties bands, where did they go?” With lyrics like these and a sound reminiscent of the radio in decades past, the album lends itself to nostalgia without falling into the trap of relying on it. Instead, the Strokes successfully blend elements of ’80s tracks, garage rock and a sound that is entirely their own. The album is by no means a rehashing of their past music, but it features all of the elements that kept people listening for more: memorable guitar riffs, uptempo baselines, and, of course, the vocal talents of Casablancas.

Opening the album, “The Adults are Talking” grabs your attention from the internal rhyme in the first two lines, and the lyrics remain strong throughout. The song takes rebellious shots against an elite society and the corruption within it. The song frames the band and their listeners as children being dismissed by adults in positions of power.Casablancas warns the so-called adults that he, his fellow musicians and everyone else fed up with the status quo are “climbin' up your wall” and ends the song with mocking depictions of stockholders.

“Eternal Summer” paints a glowing depiction of “ignor[ing] reality,” but emphasizes that to do so is to live in a fantasy. Once again, the band swipes at powerful figures, specifically those ignoring the impact of climate change which is quickly becoming irreversible in what is now “the eleventh hour.” “They’ve got the remedy,” Casablancas accuses, “but they won’t let it happen.” Those in charge instead dismiss the consequences of climate change as a “mystery to solve for someone else.” One of the shining moments of the album, this song carries a precise attack that is especially resonant in the midst of the current climate crisis.

In “Why Are Sundays So Depressing,” the Strokes shine without heavy instrumentals, letting the lyrics take center stage. The nostalgic sound of the album seems to take something of a break on this track, but it is more than supplemented by the song's reminiscing on the past. While the song presents a wider scope than a few months in isolation, it seems fitting to listen to Casablancas reminisce on how, “Your body talks to me / Like in a movie, babe.” Time may be the culprit keeping him from listening to the body of who he addresses these lines to, but public health concerns are keeping us equally as apart from anyone’s body that we have been dying to have a heart to heart with. “Not the Same Anymore” and “Ode to the Mets” are similarly stripped down and help to balance the album amidst more synth heavy tracks.

Overall, “The New Abnormal” is a balanced and captivating album that draws listeners in with lyrics worth savoring and songs worth playing on repeat. Between upbeat tracks like “Brooklyn Bridge to Chorus” and mellower ballads such as “Selfless,” the 45-minute album does not overwhelm the listener, but rather invites them to listen to the album again. It captures the spirit of the past in all the best ways, but it isn’t something that I would want to leave stuck on one of my eighth grade playlists. It feels very at home in 2020 even though elements of the music lend the familiar feel of the band’s older music in an unfamiliar time. This album and Casablancas will keep you company through quarantine and well beyond as we each come to terms with our own new abnormal.

“The New Abnormal” is available to stream on all major streaming platforms.