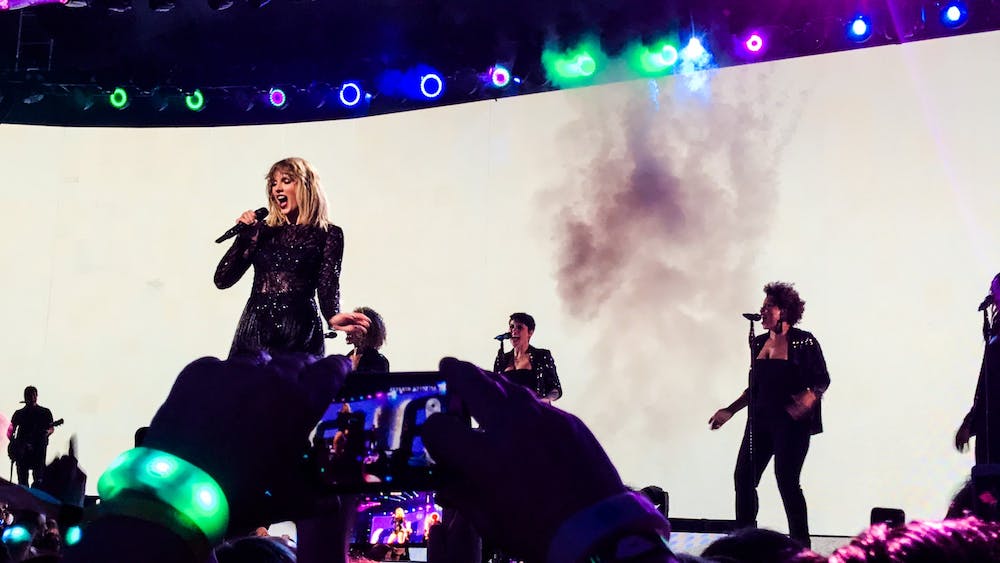 March Madness brackets are a familiar sight — 64 teams face off, with one team crowned the winner. But a bracket created by an informal group of Rice students showcases a different competition: a showdown between 64 of pop artist Taylor Swift’s best songs.

“All Too Well,” her 2012 track, eventually won, beating out “You Belong with Me” to emerge victorious after five rounds of voting. According to Matthew Sheets, a Wiess College freshman who oversaw the bracket, over 60 members voted throughout the bracket to pick which songs would advance to the next round.

The group consists of 135 students who chat about Swift’s releases and recent drama with Kim Kardashian in a GroupMe group called “Rice Swifties,” a title commonly used for Swift’s many fans. The group chat was created by Jones College senior Matthew Brehm, who said he created it on Sept. 9 while doing “homework” in Fondren Library.

Since then, the group has taken off. Last fall, members of the group participated in a Swifties crawl, where each stop featured a different Swift album (she has seven albums total). Plans for a spring crawl, like most Rice plans, were disrupted by COVID-19. Instead, the group voted on the March Madness bracket, which started March 18, after Rice asked students to leave campus for the semester.

Sheets said he found the Taylor Swift song bracket with the round of 64 filled out on Twitter. Using that bracket, he made a Google form and sent it out to the Rice Swifties group.

“I expected to get maybe ten responses. By the end of the day, I had over 60 votes,” Sheets said. “After that I knew I had to keep it up. Each morning I sent out yesterday’s results along with a Google form containing the current choices. Many people texted me saying it was giving them something to look forward to as classes, internships and abroad programs were canceled or postponed.”

The group includes students from all over campus and in all four years. Will Rice College junior Areebah Ahmad said everyone can relate to some part of Swift’s discography.

“There is not a soul on this earth who could tell me that they could not relate to a single one of Taylor Swift's songs,” Ahmad said. “You could be the bro of bros and love [Playboi Carti’s] mumble-y rap and still go crazy when ‘You Belong With Me’ comes on.’”

Some of the Rice Swifties described themselves as initially reluctant fans who found themselves eventually immersed into the Swifties community, which boasts of members worldwide (Swift has over 85 million followers on Twitter). Sarah Berton was one of these initially reluctant fans — after a stint as a Swift fan in middle school, she found some of Swift’s theatrics “cringey” in high school.

“In college, I've come to love her much more, mostly because I stopped caring about what is and isn't ‘cool,’” Berton, a Martel College senior, said. “Now, I'm a fan of Taylor Swift because her music is fun and it tells a story — it's easy and enjoyable to listen to when I'm running low on new music. Also, it brings back really sweet memories of my time in high school with friends, screaming to ‘You Belong With Me’ at a middle school birthday party or blasting ‘All Too Well’ on a long drive right after we got our licenses.”

For Brehm, the group’s creator, it wasn’t until he saw Swift perform live his junior year of college on her “Reputation” stadium tour that he became a hardcore fan.

“I was evangelized into Swiftiedom,” he said. “I was able to see her music personified and I enjoyed her whole production. From there, I developed a deeper appreciation for her artistry and subsequently fell head over heels for the artist that she is.”

Newer fans are mixed with diehard fans in the group. Sheets said he became a Swiftie in 2006, after her first, titular album “Taylor Swift.” With his sister, he learned all the lyrics to the album.

“As I’ve gotten older there have been times where I’ll have an experience and then listen to a Taylor Swift song — it might be the hundredth time — and I’ll hear it in a completely new light because of something I’m going through,” Sheets said. “Taylor manages to write music that gives voice to feelings that are hard to describe. I also think that Taylor cultivates a feeling of friendship with her fans that allows them to feel like they know her.”

Swift’s personable nature feels intimate — to some like Ahmad, Swift feels like an older sister who has been there for them through their tumultuous adolescence. For Lucy Gruber, who has been a fan since she was eight, Swift has served as a musical inspiration.

“When I started piano lessons around that time, my teacher let [me] choose a pop piece to work on, and I chose to sing and play her hit song ‘You’re Not Sorry,’” Gruber, Jones College freshman, said. “Thanks to Taylor, I found myself participating in choir and musical theatre throughout middle school and high school.”

Even now, McMurtry College freshman Ryan Lipscomb says, Swift inspires his creative work. After falling in love with her newest album, “Lover,” Lipscomb began a series of illustrations on his art Instagram account where he draws personifications of Swift’s discography.

“Her attention to detail and the amount of honest emotion she is able to show through her music is incredible to me,” Lipscomb, an architecture student, said. “The amount of thought that’s put into every lyric, every choice, is so inspiring to me as someone who … will be entering a career where even the little details matter.”

Regardless of when they became dedicated Swifties, members of the group say that they’ve found a special kind of community.

“We've been through so much together,” Ahmad said. “We fell in love with Taylor when we were young. We endured the mockery people make of her love life, lived for her self-reinventions and respected her space when she went off the grid.”

Gruber says that Rice Swifties has been a pivotal part of her first year at Rice.

“Whenever I see a new tweet, news story or post about Taylor Swift, my first instinct is to head to the Rice Swifties group chat to see how everyone is reacting, and everyone is always so excited to hear what we all have to say,” Gruber said. “It’s brought me so much joy and never fails to make me feel better on a rough day.”