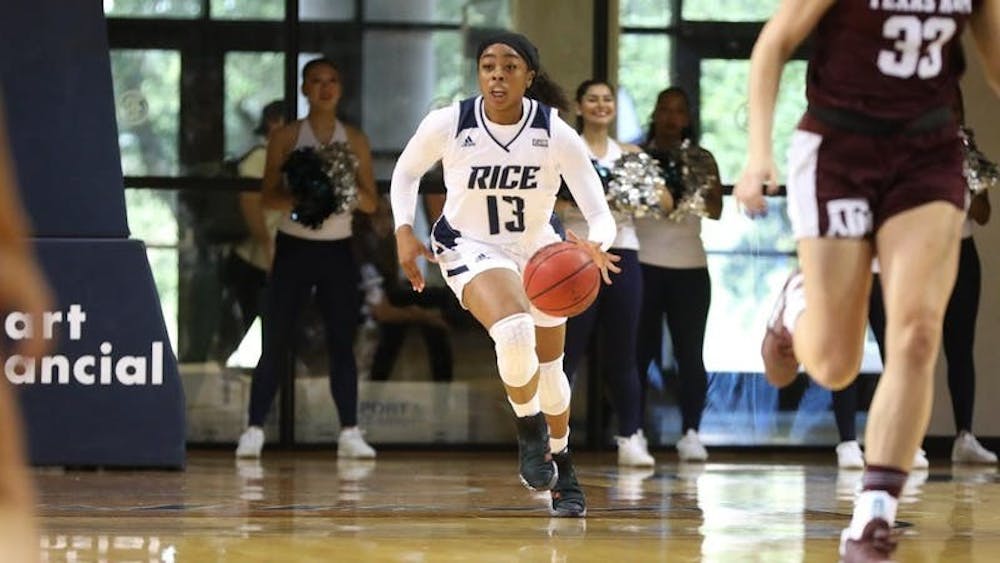 “I’m super excited, still in shock, but so excited to be [in Minnesota],” Ogwumike said in a Twitter video statement on Friday night.

“Tonight we celebrate Erica Ogwumike," Rice women’s basketball head coach Tina Langley said. "Since I have known her, Erica has approached each day with relentless discipline, passion, and dedication in the pursuit of her goals. But as I have said many times, there is nothing more impressive than her consistency of character and her beautiful spirit.”

Ogwumike was selected earlier this month by the Women's Basketball Coaches Association as an All-American Honorable Mention for this past season. She averaged 19 points and 10.3 rebounds in Rice’s shortened 2020 campaign. In her college career, Ogwumike helped the Owls to two conference titles and 72 wins over the last three seasons, the greatest stretch in program history.

“Minnesota is getting a tremendously talented player and remarkable young woman,” Langley said. “We wish Erica a long and successful WNBA career, and we thank her for all that she has done for Rice University and our community.”

Ogwumike spent her freshman year at Pepperdine University before playing her final three years of eligibility at Rice. She also joins her two sisters Nneka and Chiney, forwards with the Los Angeles Sparks, in the WNBA.

A member of the illustrious 2,000 points and 1,000 rebounds club (including her freshman year), Ogwumike concluded her three-year Rice career ranked first in program history in scoring average with 17.7 points per game, and second in rebounding average with 10.1 rebounds per game.

Ogwumike was named Conference USA player of the year in back-to-back seasons to finish out her career. She also received C-USA First Team All-Conference honors three times and was twice selected to the C-USA All-Defensive Team.

“I think probably the greatest quality for [Erica] is that, much like Nneka and Chiney, the way they go about their business,” Minnesota Lynx head coach Cheryl Reeve said in a statement on Friday. “They’re great people, they’re committed, they’re well-rounded. Erica would be following in line with the traditions that her sisters have established.”