RUPD urges calm in response to coyote sightings on campus 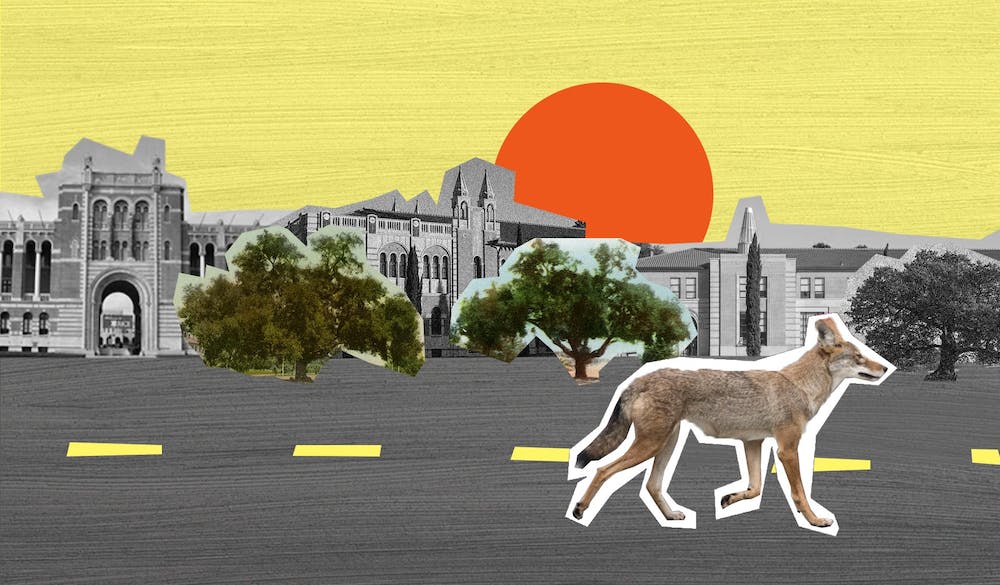 In a campus wide email, RUPD urged students and staff to avoid approaching, feeding or running away from an coyote.

Rodriguez, said that the growing presence of urban coyotes around the campus and in Houston poses minimal harm to Rice, and that the coyotes are becoming a natural part of the city ecosystem.

“I want to be sure everyone understands at this time the coyotes on campus have posed no threat to our community and we simply want people to be aware of their presence so we can respect them and coexist with them for as long as they are on campus,” Rodriguez said.

Neither Harris County Animal Control nor RUPD will catch wildlife coyotes, Rodriguez said. Trapping or killing coyotes is ineffective in reducing the coyote population of an area, as such measures upset the hierarchical balance of coyote packs and cause an increase in their rate of reproduction.

“This is where their home is and we need to learn to respect them and live with them without too much worry of cause for concern,” Rodriguez said. “I don’t think anybody should have any worries about the coyotes, no more than you think about other wildlife on campus.”

The coyotes, which have been spotted near Kraft Hall for Social Sciences, North Annex Lot, north colleges area and Sewall Hall, likely followed the Buffalo Bayou into the heart of Houston, Rodriguez said.

A coyote can be seen sprinting across the north colleges area near McMurtry College in video captured by McMurtry sophomore Alyson Resnick.

“Coyotes tend to follow water paths like rivers and creeks and bayous as they move around, so It’s possible that they were just naturally moving along the [Buffalo] bayou and made it onto campus,” Rodriguez said. “To get to campus, they had to have navigated through some part of the city.”

Rodriguez said that this is the first instance in his 18 years of service at RUPD that coyotes have been spotted on campus, but said there have been recently been reports of coyote sightings in other areas of Houston. The rising presence of urban coyotes in Houston may be attributed to the expansion of housing developments into the city’s outer-lying areas and the displacement of coyotes from their natural habitat.

“I do know there have been several neighborhoods around the city of Houston that have also seen coyotes in the area,” Rodriguez said. “It could be related to natural habitats being diminished due to construction and growth.”

In most instances, coyotes are apprehensive of people and will shy away from crowds, Rodriguez said. Those who are jogging or walking with a pet during sunset or sunrise have a higher likelihood of encountering a coyote, Rodriguez said. If someone encounters a coyote they should not feed the coyote or run away from it, Rodriguez said.

“You don’t want to run away or anything like that, but just try to let them move along,” Rodriguez said. “If they’re not moving along, just kind of shoo them [away] and usually they’re gonna want to avoid you.”