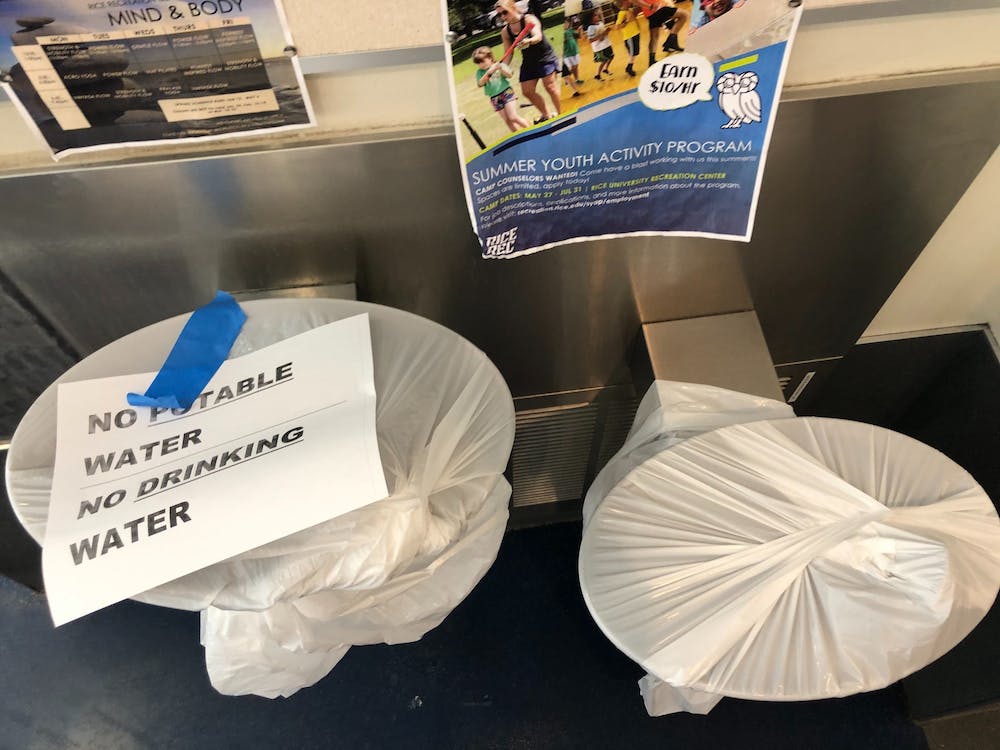 Following the burst of a major water pipe in east Houston, some locations on campus and some students off campus lost access to clean tap water for 24 hours. In addition, classes were cancelled on Thursday after 5 p.m., and several off-campus students were impacted by a boil water notice placed over the city of Houston.

The city of Houston sent out a notice warning people to boil water due to concerns about contamination. According to Rice Crisis Management, the filters on campus were still working and the water in certain campus buildings, such as residential colleges, was still safe to drink.

Associate Vice President for Facilities Engineering and Planning Kathy Jones said that the residential colleges and the Rice Memorial Center had clean water during the water main break and boil water notice because they are serviced by a water well on campus. All of the buildings west of Alumni Drive, except Kraft Hall, and a few buildings east of Alumni Drive are only served by City of Houston water lines, according to Jones.

Kelly Dong, an off-campus student, said that the boil water notice sent by Rice could have done a better job of explaining the implications of the water main break for students.

“The texts that we received mentioned the water boil notice in passing but didn't give any real detailed instructions. I know a lot of OC people who skimmed over it and either didn't understand what a water boil is or simply ignored the text and continued to drink the water in their homes,” Dong, a Will Rice College junior, said.

According to Susann Glenn, Director of Communications for Administration for Housing and Dining, H&D provided bottled water for buildings impacted by water outages at the request of the crisis management team.