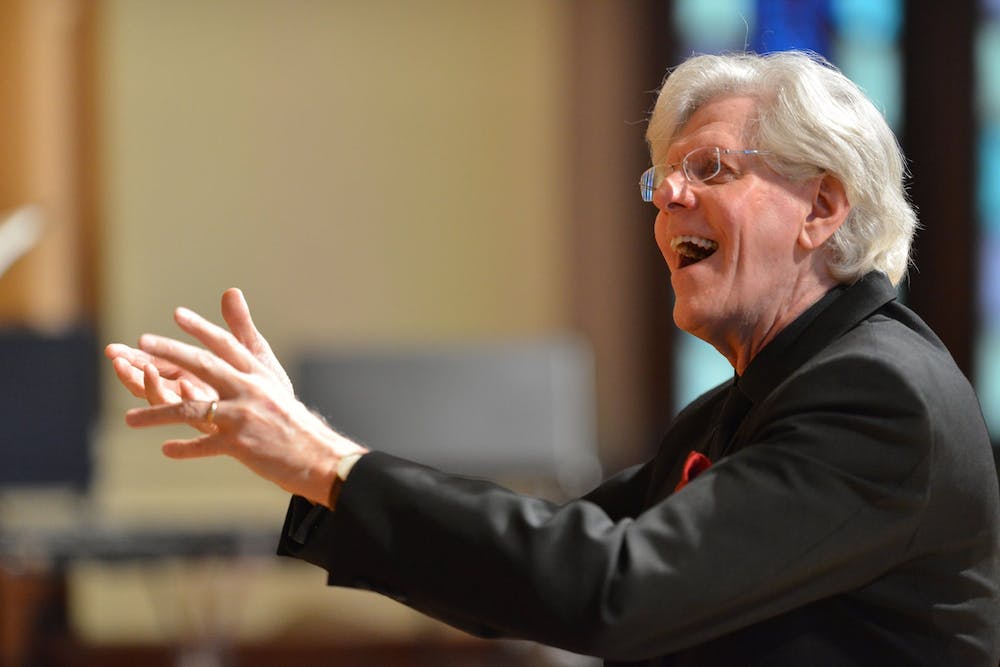 Although Billie Eilish may have been the star of this year’s Grammy awards, the ceremony was a success for another, more local musician: Robert Simpson, a Shepherd School professor who won Best Choral Performance for his role in conducting the Houston Chamber Choir’s recording of “Duruflé: Complete Choral Works.”

Simpson began his career as an organist before slowly transitioning to choral conducting. After moving from Atlanta to work at the Episcopal Cathedral in Houston, he found that he wanted to conduct secular rather than religious choral music — the kind of music he couldn’t perform in the cathedral. After discovering a team of talented singers, Simpson and his wife Marianna Parnas-Simpson founded the Houston Chamber Choir in 1995, and Simpson has been the artistic director ever since. 25 years later, the choir has won its first Grammy.

How are you doing?

It was surreal […] We were about an hour and a quarter into that ceremony and then all of a sudden, here comes “Best Choral Performance.” They listed [the nominees] on the screen and announced according to the conductor, so there was that moment when [they say,] “And the Grammy goes to…” and I was waiting to hear [the] name of a conductor. I was hoping I’d hear “Ro… Robert,” but what we heard was “Duruflé, Complete Choral Works.” It didn’t register with me for a second until my wife next to me started to scream, “We won! We won!” And then I came out of the fog and the rest was just magical.

After giving my acceptance speech, they presented me with the Grammy that I thought was our Grammy, but as soon as I got offstage, they whisked it out of my hands. I looked heartbroken, [but someone] said, “Oh, you don’t want this one. This is just a prop. You’re going to get a much better [one] — it’s handmade and it’ll come in six to eight weeks, so don’t worry about it.”

Do you know where you’re going to keep the Grammy once it arrives?

I think we’ll probably keep it in the chamber choir office. It’s a group win.

Did anyone else help with the recording that you submitted for the Grammy?

There were two outstanding Shepherd School faculty members who played on our CD — Ken Cowan, the professor of organ, was extraordinarily important because two of the major pieces on the CD were for choir and organ. We recorded it in the Edythe Bates Old Recital Hall, and Ken Cowan just played brilliantly. And there’s a movement in the Duruflé requiem that calls for a cello line, and Norman Fischer was our cellist, so I feel very, very lucky to have the great talent of the Shepherd School faculty represented on this CD.

What is it like to work with the singers in the Houston Chamber Choir?

They’re fabulous. These are all professional singers who have trained their voices just as others train to be violinists and instrumentalists. They’re selected through a very competitive audition process, and many of them, once in the choir, as long as family circumstances don’t change, they just stay with the choir, as many of the singers have been with me 10 or 15 years. When there is a change, either people move out of town or there’s a baby and there’s no longer the time that the chamber choir takes, then we audition and add somebody into the choir, but the singers really do take that new singer under their wings and give them a sense of what the ensemble is all about. Several of the elite choirs in the United States are comprised of singers from around the country. They all come into a central location, rehearse, give the performances and then they go back home. But the chamber choir is a resident ensemble. We’re all Houstonians. We all live within at least a tolerable drive to downtown, and we start together in the late summer and sing together every week throughout the course of the season, so we really get to be good friends.

The singers have a sense of exactly how their fellow singers are going to phrase or when they’re going to make a dynamic increase, how it’s going to go, so they get to know each other very, very well and as a consequence, it’s really a family.

So you started the Houston Chamber Choir in 1995, right?

That’s correct. My wife Marianna and I started it 24 years ago. It was my great desire — I’d lived in Atlanta before coming here [in 1993…] I realized that Houston had had a professional choir during the 1980s, and I was really, really hoping that I would get some support for at least an attempt to re-establish professional choral music. And I was so happy when people said, “Yes, we miss it, let’s do it.” So I put together a group of people who were talented and would be willing to offer their talents for free so we could produce some concerts and give people an idea of what we could do, and then I promised them that they would then be kept on as the first [members of the] paid ensemble as we went professional in 1996. And it’s just been a steady progression from then to this.

Where do you see the direction of choral music heading?

I think choral music really is having a renaissance right now. The young composers like Nico Muhly and great composers under 40 are writing a lot of choral music, so I think that there is a growing sense that you can have it all. Yes, you can write a violin concerto or you can write an off-the-wall kind of piece for electronics, but you can also use the human voice, which is so subtle and so varied in its timbres, to great effect as well.

Does the Houston Chamber Choir have any events coming up?

[We’re going] to New Zealand in July, where we’ve been asked to sing for the International Choral Symposium. 150 choirs from around the world applied and 24 were accepted, and we’re one of the 24, so we’re going to be taking music from Rice composers with us to New Zealand. 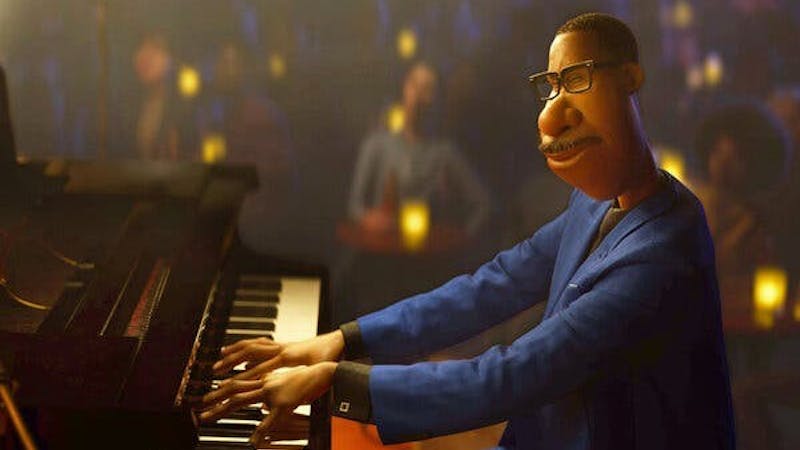