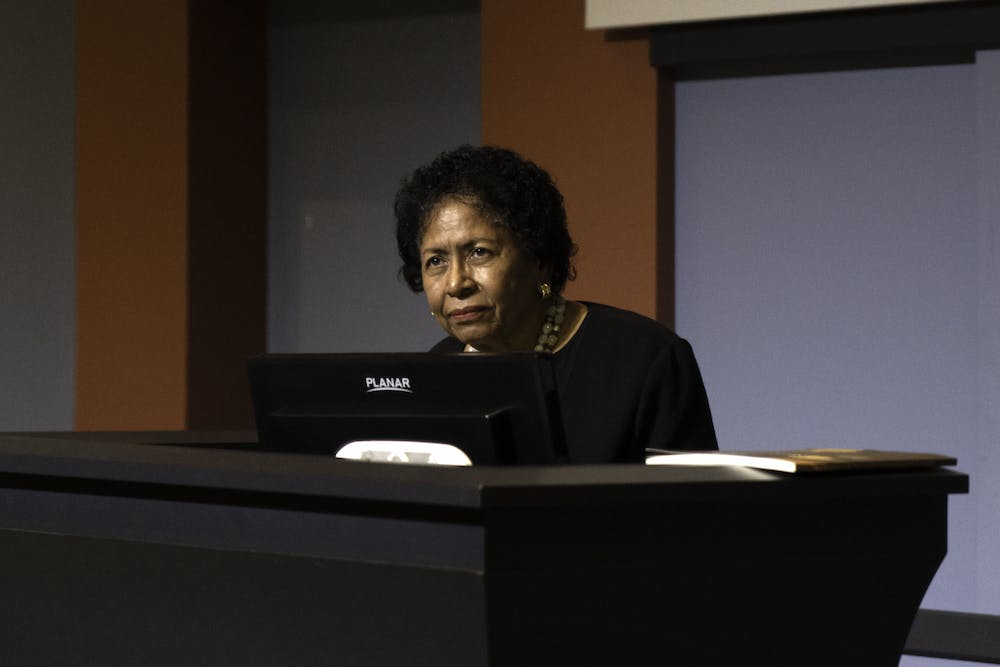 Former Rice University Trustee Ruth Simmons called for universities to challenge the injustices in present society during her talk on Feb. 10.  Simmons was the first speaker to be featured this year in the President’s Lecture Series hosted by President David Leebron.

Simmons said she believes that it is time for universities to actively stand against human rights violations, and that merely educating students of these actions is not enough to deter future atrocities. However, she said that universities are reluctant to do so because of their desire to remain neutral sites for discourse and education.

“I believe that university should not fear engagement with such issues as long as their official actions are carried out with the greatest integrity and independence, as their actions should redound to the long-term benefit of the institution and to the positive advancement of a more humane society,” Simmons said.

Simmons, the current president of Prairie View A&M University and former president of Brown University,  continued by saying that universities who choose the least controversial approach to societal issues may jeopardize their perceived institutional importance and credibility.

“A university that does not engage with challenging issues and their own tainted actions and legacies is breaching a central tenet of its educational values, which emphasize fidelity to truth and service to society: veritas, lux, mea,” Simmons said.

Simmons’ lecture is the first lecture this year in the President’s Lecture Series. The series is sponsored by the Office of the President and supported by the J. Newton Rayzor Lecture Fund. According to President Leebron, the Task Force on Slavery, Segregation and Racial Justice came together with the President’s office to foster conversation and speakers on campus.

“I hope to see our community engage more in this dialogue to learn from one of the most extraordinary leaders in higher education today,” Leebron said in a statement.

Hamza Rahim, a Lovett College senior, said that he liked how the lecture series gave the Rice community opportunities to learn from those accomplished in their fields.

“It’s super cool to think that [Simmons] is just here, right down the street. So I’m just here to listen because these are things that we don’t get to hear everyday,” Rahim said.

In an email last semester,, Leebron wrote that Rice has acknowledged its own complicated history with issues of racial injustice, such as in prohibiting black students from enrolling in the 1960s. To better understand Rice’s racially-divisive history, Leebron said the university created the Task Force on Slavery, Segregation, and Racial Injustice, comprised of faculty, alumni, staff, and current students.

Simmons said she hopes that her lecture gave the Rice community some ideas about how to confront and talk about divisive topics.

“I’m just a big fan of confronting issues as a community because we should not be fearful of our ability to resolve them, and this is one of those sensitive issues that so often people feel will be divisive. I want people to understand this need not be divisive,” Simmons said in a statement.