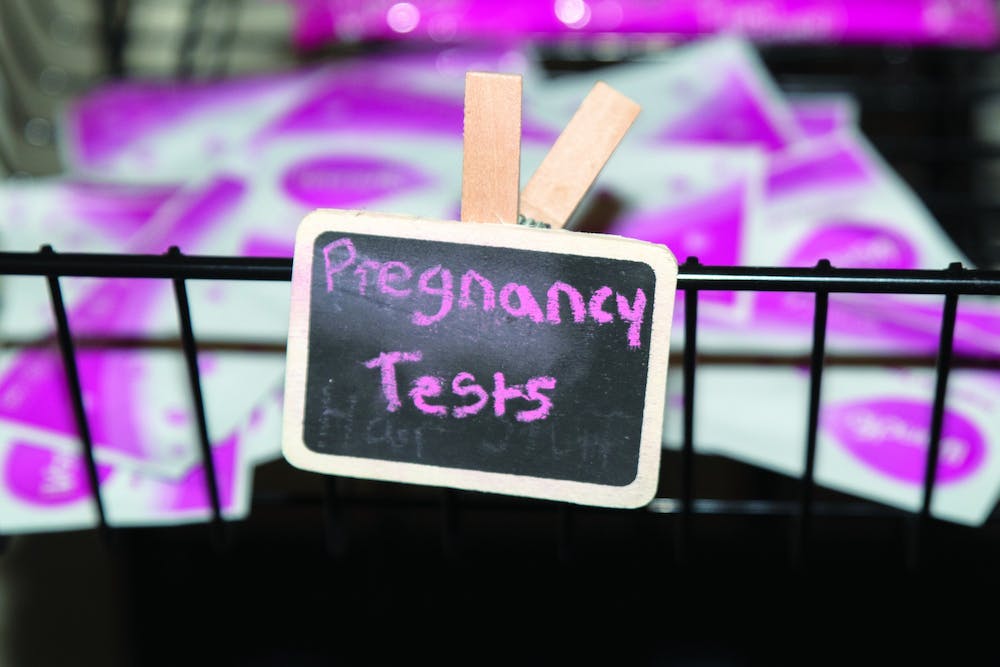 The Rice Women’s Resource Center began offering free pregnancy tests last week to all students. These tests are located in the center in the Rice Memorial Center, alongside other previously-offered resources like condoms, tampons and pads.

RWRC Directors Jane Clinger, Jannie Matar and Reagan Borick said they hoped to give students the opportunity to get pregnancy tests at a central location on campus, and provide them for free for those who can not afford it. The center offers two different types of tests, a strip test and a digital test, both of which claim to be about 99% accurate. Home pregnancy tests typically cost between $1 and $20 over the counter, according to verywellfamily.com. The pregnancy tests came out of the resource center’s pre-existing budget.

The Rice Student Health Services Office already offers free pregnancy tests, but Clinger said she believes the RWRC is a more convenient location for students to get these tests as they are open for longer hours and are centrally located on campus.

To obtain a pregnancy test from Student Health, students must schedule an appointment and come in to see the doctor, according to Student Health. The center offers urine tests, similar to the ones offered by the RWRC, along with blood tests.

“Regardless of how difficult it is to get a test at the health center, it would hopefully be more convenient for [students] to get the test at the women’s resource center,” Clinger said.

Clinger also said she believes that having the tests available at the center will grant students greater anonymity. Without the resource center, to get a pregnancy test students have to make an appointment with the health center or walk over to local pharmacies which could make it more difficult for them to remain secret, if that is what they desire.

After a week of offering the tests, the center’s directors have said that many people have been taking advantage of the resource. According to Matar, the pregnancy tests seem popular because they continue to run out and are restocked multiple times a week.

One senior said a discreet and convenient way to get pregnancy tests would have helped them during their freshman year. (Editor’s note: This student’s identity has been anonymized to protect them from possible familial repercussions).

“My freshman year, I didn’t really have a constant birth control form and I have a very religious family, so talking to them about buying a pregnancy test if I was concerned didn’t seem like an option,” they said. “It was late one night during my first semester here when I realized I had not gotten my period. I was really scared, because obviously I was not trying to get pregnant. I had to walk through Rice Village to get a pregnancy test and also ended up spending half my monthly budget on a pregnancy test.”

The senior also expressed the need to have pregnancy tests readily available, due to the limited family planning options in Texas, which limits options for those who do not find out that they are pregnant early enough. Texas law bans abortions after 20 weeks post-fertilization, and requires abortions after 16 weeks to be performed at a surgical center or hospital.

Correction 2/6/20 at 9:45 p.m. A previous version of the article included a quote attributed to MaeLea Williams, but it has been removed due to an error in reporting the quote accurately.