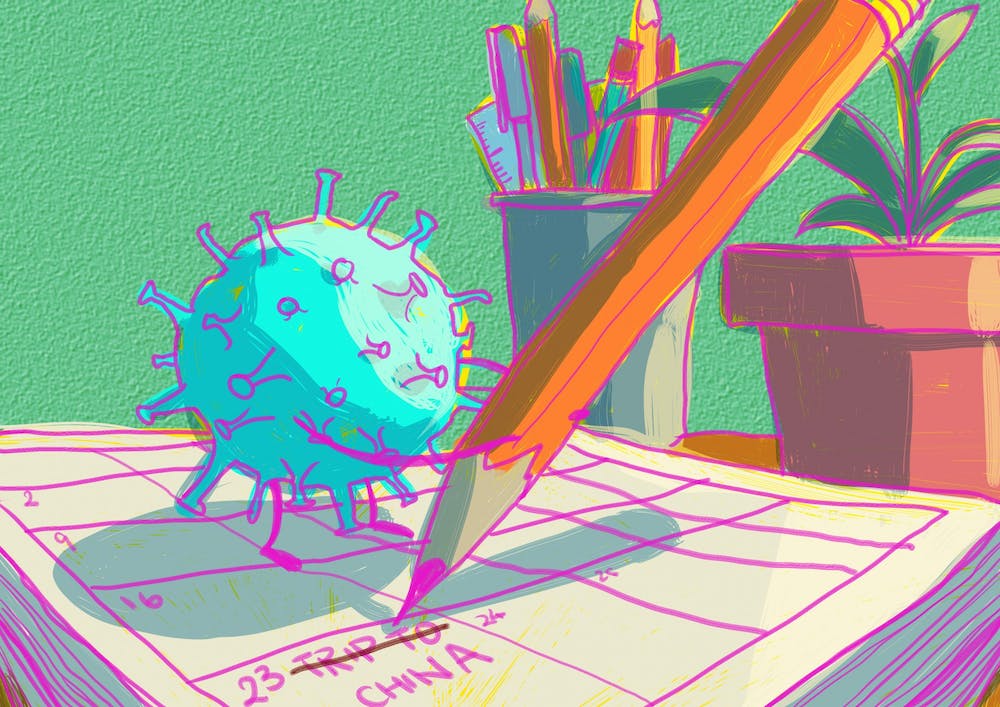 Due to concerns over the spread of the novel coronavirus, Rice Crisis Management suspended all university-sponsored travel to China by faculty, students and staff on Jan. 29, according to a universitywide email. The email also stated that there were no confirmed cases at Rice or in Texas at the time.

According to Dean of Undergraduates Bridget Gorman, the university has been paying close attention to the evolving situation.

“We’re evaluating what different groups who are really knowledgeable about disease spread and epidemiology in general are saying and it seems like a reasonable precaution [to instate a travel ban],” Gorman said.

As of Tuesday evening, there were more than 24,000 confirmed cases of the virus worldwide, an increase from over 800 cases 12 days before, according to the Johns Hopkins University Center for Systems Science and Engineering. 99.1 percent of the cases have been identified in Mainland China; 11 cases have been confirmed in the United States, none of which are in Texas.

Although there are no confirmed cases of the coronavirus at Rice, about six Rice community members who have traveled to China in the last 14 days but have not yet developed symptoms are self-isolating, according to Kevin Kirby, the vice president of administration. None of the six members are students.

Kirby said it is uncertain whether university measures, such as the travel suspension and advised self-isolation, will be increased.

“It could be quite different a week from now,” Kirby said.  “At the moment, we don’t anticipate any changes, but we don’t know.”

If there is a serious escalation in the number of confirmed cases within the U.S. and the significant presence of the virus in Houston and at Rice, the university would be further affected, according to Kirby.

Some students, like Jiayi Sun, have family in China to worry about. Sun, who was born in Wuhan, the city at the epicenter of the outbreak, said her entire family is from the region.

“My parents were in contact with my extended family and friends who are still in Wuhan and I hear about how they live everyday in fear and isolation, which is so heartbreaking, especially when there are people who are using this situation as an opportunity to be racist and spread rumors about my birth town and China in general,” Sun, a Lovett College senior, said.

TIME magazine recently reported on increasing concerns of xenophobia and hateful rhetoric directed towards those of Asian descent.

Sun, who is the president of Asian Pacific American Student Alliance, said her club plans to host a discussion about xenophobia and stereotyping.

“I’ve heard people [say to] avoid Chinatown because ‘it’s dirty & disease-filled,’” Sun said. “I understand why people are fearful because this is a dangerous virus, but don’t fear and blame an entire race.”

According to Kirby, the administration received reports of some cases of similarly xenophobic behavior in the campus community. Kirby did not comment on the nature of the incidents, but said that they were very few in number.

“We take [those cases] very seriously,” Kirby said. “There’s no place at Rice for that kind of behavior. So when we find out about it, [the leaders of the university] take action.”

Sun said she thinks Rice should make a statement against racism and xenophobia in support for Asian students at Rice, in particular international students.

“We don’t know how much serious this disease can get, which can potentially lead to more aggressive, negative responses,” Sun said. “Some students may have been targets of such   racism remarks and feel victimized [or] helpless.”

President David Leebron will send out a message on the matter later this week, according to Kirby.

Gorman said that no magisters have reached out to her about this particular issue. Gorman added that there is no reason for xenophobic behavior, and that it is important to pay attention to the specifics of what is known about the disease.

Erykah Pedro said she was planning on applying to a study abroad program in China, but that her best option now is to apply to the program in an alternate location or for a different term.

“Rice still isn’t sponsoring China programs, so if I send in my application I’ll probably still not be able to go,” Pedro, a Jones College sophomore, said.

At the moment, there are no Rice students participating in the Center for Civic Leadership’s international programs in China, according to Fatima Raza, assistant director of programs and partnerships. The Department of State travel advisory has also affected the future circumstances of various programs, including the Fulbright scholarships, the Wagoner Fellowship and the Loewenstern Fellowship, Raza said.

“We’re trying to work with the students to see if they’re able to come up with an alternative regional location to do the programming since we do have to abide by State Department travel advisories,” Raza said. “Student safety is really our number one priority in terms of our international programming.”

According to Caroline Levander, the vice president for global and digital strategy, limited travel to China or possibly other countries affected by the virus will not have a long-term effect on Rice’s ambitions for international engagement.

“I think it’s important to remember that [a travel ban] doesn’t stop our faculty from collaborating through remote means, or our students,” Levander said. “Our ability to be wise and thoughtful and respectful of all of our members [is] very important in these times. We all need to treat each other with great compassion and respect.”

Editor’s Note: The Thresher plans to publish an in-depth feature on campus-wide reactions to coronavirus in the upcoming month.