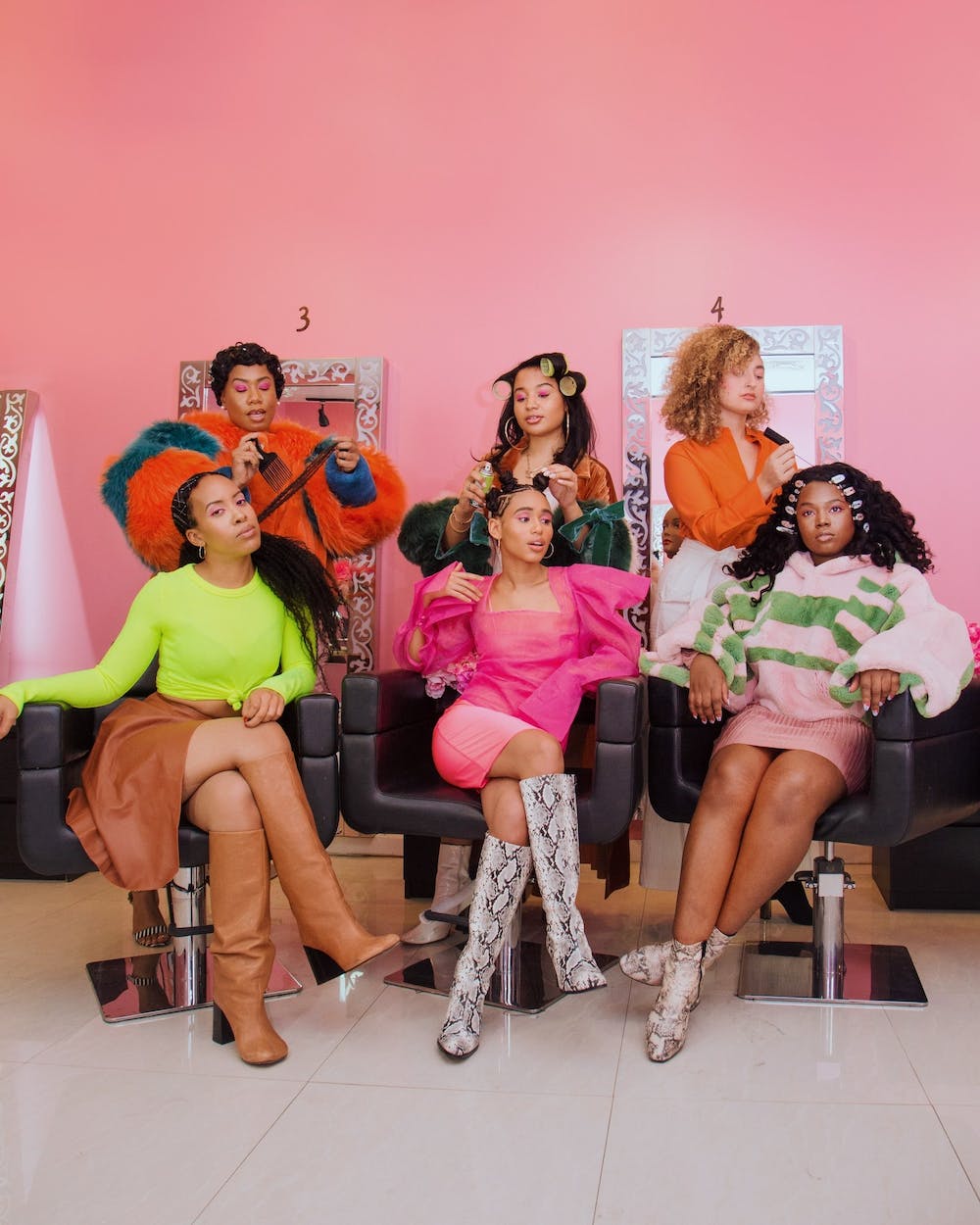 When I asked Rice Creative Society founder Taylor Crain what struck her most about the documentary short film “Black Girl Church,” her answer was simple: “It’s encapsulated in the title — the documentary feels like home.”

“Black Girl Church” extols the beauty supply store for its integral role in the Black community as a sacred space where women can exercise autonomy and creativity. In picking out new products, accessories, weaves and wigs, Black women celebrate the versatility of their hair and practice self-love in the face of racial biases.

Crain discovered the documentary through Instagram last summer and messaged the filmmakers, inviting them to host a screening at Rice. With support and sponsorship from campus centers Academic and Cultural Empowerment at Rice and the Center for Engaged Research and Collaborative Learning, Rice Creative Society set about organizing the event, which has been so enthusiastically received by the Rice community that tickets have sold out twice.

The award-winning documentary, created and directed by Audrey Williams and Marissa Pina, navigates the beauty supply store as an essential site of empowerment, independence and creative liberty for Black women and girls of all ages.

“When I was old enough to be outside with my friends without parental supervision, so I’d say about 10, a group of girls and I would ride our bikes to the beauty supply and $5 would take us so far. That 99 cent lip gloss is still the truth,” cast member Sesali Bowen, a former editor and writer at Refinery29 and Nylon Magazine, said.

Similarly, Crain shared childhood memories of doing her hair with her mother on what they fondly called “wash days” — entire days dedicated to hair maintenance and style. The communal tradition of doing hair is one that is practiced in barber shops, salons and beauty supply stores alike where Black hair is celebrated and understood — for the most part. Crain also described the proliferation of “whitening” products that encourage skin bleaching or hair straightening, an infiltration of sacred space with outside messaging.

“I think having to navigate the messaging that you get, especially really early on, that your hair is either not enough as it is or it’s not pretty as it is ... this film tackles that really nicely,” Crain, a Lovett College junior, said. “I think people seeing this film will be powerful because they’ll see how complicated hair is for Black women: both empowering and also constricting.”

Crain said that anxieties surrounding Black hair and how it will be perceived by employers and others outside the community are unfortunately still too relevant. Crain explained that while loose, well-defined curl patterns have grown to be more celebrated and normalized, thick, tightly coiled hair known as type 4 hair is often perceived as unprofessional. Similarly, people who wear locks, a popular hairstyle that involves fashioning hair into rope-like strands of varying widths, are sometimes construed as being uneducated or unclean.

“It’s a pretty common talk, especially for college-aged women,” Crain said. “It’s like, how do I do my hair for an interview? Will it impact my interview if my hair is in a fro and not pressed out? Did they make certain judgments about who I am and my competency because of my hair? Did I not get this job because my hair was a certain way?”

For film co-creator Williams, the biggest misconception about Black hair lies in the assumption that women are primarily motivated by insecurity to change their style. “Just because we change our appearance with hair it doesn’t mean that we aren’t happy with the ways we look, our Blackness,” Williams said.

In addition to tackling these misconceptions, “Black Girl Church” addresses the friction between Black and Asian communities caused by overwhelming Korean and Korean American  ownership of Black beauty supply stores as opposed to African American entrepreneurs. Since the explosion of the wig business in South Korea in the 1960s, Korean companies have monopolized the billion-dollar Black hair industry by disallowing Black manufacturers from entering the distribution business, according to MadameNoir.

Williams hopes that by the end of the film audiences are inspired to support Black business. “We want credit,” said Williams. “We want our creativity to be ours and to reap the benefits of creating these things.”

Following the screening, cinematographer and editor Joe Schaefer will join Bowen, Williams and Pina for a panel discussion about the making of “Black Girl Church” before opening up for audience questions. This Friday will mark the documentary’s first presentation in Texas — and the South in general — following an overseas screening in Amsterdam and a highly successful circuit in and around New York last year.

“This is my first time in Houston and I’ve never seen a Black girl from there with her hair not LAID! I can’t wait to hear their beauty stories,” Bowen said.

In addition to educating audiences on Black women’s experiences with the beauty industry, Crain hopes the event will set a precedent for the Rice Creative Society as an organization where students can see artistic endeavors translated into successful passion projects.

“Rice does house creativity and students want these kinds of panels and discussions to happen on campus,” Crain said. “All of [the filmmakers] have day jobs, they don’t make documentaries for a living [and that shows] that you [don’t] have to sideline your creative passions. You can still prioritize yourself creatively and make it happen and have a big impact.”

“Black Girl Church” will be screened this Friday, Feb. 21 at the Moody Center for the Arts. The screening will follow a reception with refreshments beginning at 7 p.m. and will conclude with the panel discussion. Tickets are currently sold out but you can be placed on the waitlist by visiting the event Facebook page.