Last year, Fitzpatrick, a sophomore, won against Vining in a race for Martel senator, making this election the second time the two candidates will face off in an SA election. Although Fitzpatrick acknowledged the coincidence of running in a second race against Vining, she said that her decision to run as a write-in candidate was made independently.

“I think that our [SA] senator election was fair and I went into it with the hope that it would be friendly competition with someone I was becoming friends with at the time,” Fitzpatrick said. “I really hope that this contested election isn’t something that could ruin friendly relationships or even civil acquaintances.”

Vining said that she was not aware Fitzpatrick was planning to run, and that she discovered the write-in campaign from a Facebook post.

“I texted the Black community saying ‘Hey everyone, I know I’m running unopposed for SA IVP but Ashley just snuck in a write-in campaign after reaching out to me about ideas and such and telling me over and over she wasn’t going to run,” Vining said.

Fitzpatrick, who said she had been considering the IVP role, said she was hesitant to run for IVP because of the uncompensated nature of the role, but reevaluated her decision after speaking with senators.

“I was putting a lot of pressure on myself to hold a job and work in a paid position as my main time commitment outside of academics,” Fitzpatrick said. “And it really was making me feel like, ‘Oh, I’m not going to be a part of this if I don’t run for something.’”

The SA election ballot allows voters to rank candidates and write-ins in their order of preference. Fitzpatrick, whose name will not appear on the election ballot, urged audience members at the SA IVP debate to remember to fill in her name on the ballot.

“It’s definitely a very large disadvantage to not be on the official ballot,“ Fitzpatrick said. “If there are multiple people on the [ballot], it’s a lot easier to advocate for yourself and people kind of can recognize your name versus having to produce it themselves.” 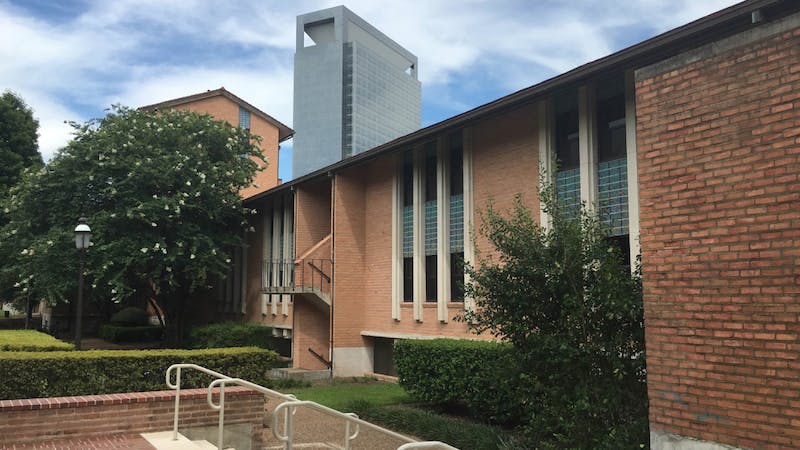 Rice will offer temporary housing for medical personnel who work in nearby Texas Medical Center hospitals at Wiess and Hanszen Colleges, according to an announcement from President David Leebron on Sunday afternoon.

Rice announced that it is implementing a staff hiring freeze effective immediately, according to an email sent to division leads and administrators on Wednesday night. The email, which was obtained by the Thresher, also said that there will be no pay raises for staff for fiscal year 2021. 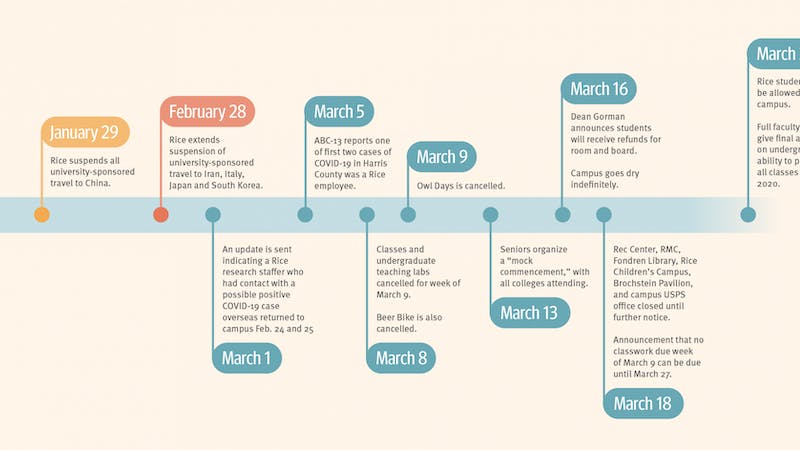 The university's decision making has evolved along with the pandemic it is responding to, with near-constant updates on policies covering everything from travel, academics, campus buildings and housing and dining. Given the rapidly changing situation at the university as the pandemic ramps up in the U.S. and internationally, this article hopes to centralize the information and clarify the current state of university policies in each of these areas.