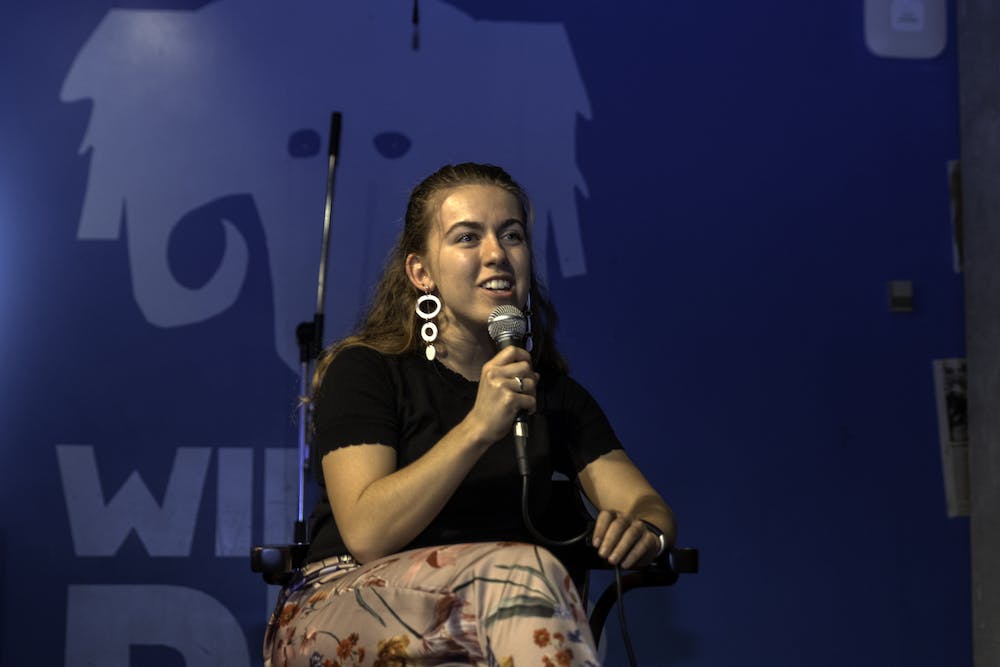 Anna Margaret Clyburn, current president of Martel College, will be the only candidate on the ballot this year for the role of Student Association President following Jones College senator Drew Carter’s withdrawal from the race. Current SA President Grace Wickerson and former SA President Ariana Engles have expressed concern over the implications of an emerging pattern of a lack of presidential candidates.

Carter, a sophomore, originally submitted a petition to run for SA president, but said he withdrew it after realizing his vision did not align with what he called an overly-bureaucratic SA. Carter said that after this semester, he does not plan to be involved in the SA in any way.

“Our most marginalized populations really need a student body organization like the SA to be able to speak up and not hold back on issues and to outwardly say that we’re going to be anti racist, that we’re going to be anti xenophobia, versus always try to be a neutral body,” Carter said. “Once I felt as though I could not achieve that as SA president and once I honestly felt like that’s just not where the school is moving towards, I decided that it would be in my best interest [to withdraw my candidacy].”

Clyburn, a junior, said she found out she was the only candidate at a meeting before SA Senate Monday Feb. 10, where all candidates on the ballot were given a presentation of the rules regarding the campus wide elections.

“I thought that I’d be running against someone else and then I looked at the PowerPoint and there was just my name,” Clyburn said.

Clyburn said she thinks others may have been hesitant to run due to the large amount of responsibility associated with this role. She said that she shared some of these reservations, including the large time commitment, as well as concerns about representing the interests of the student body as a whole.

“It feels intimidating, for me personally, to step into a role where I might be called upon to make statements on issues I don’t even understand and communities that I’m not a part of,” Clyburn said.

According to Clyburn, she decided to run despite these apprehensions because of her experience overseeing large organizations in the past and her interest overall in leading the SA.

“The position really attracted me just because I’ve really enjoyed being in a position where I get to be involved in conversations across campus that have a real impact on student lives,” Clyburn said. “I like to facilitate conversations from people in different groups and try to find solutions for problems that exist, and I want to continue using those skills in a different capacity.”

Grace Wickerson, current SA president, said the lack of opposing candidates is a concern, but that it is not as much an issue in this case as they believe Clyburn is a good choice for the role.

“I don’t have any doubts in [Clyburn’s] ability to be in the president role,” Wickerson, a Brown College senior, said. “At the end of the day there was one candidate, and I don’t know if that’s truly a bad thing if the person is willing to do the job. I think the greater issue is trying to think about why did only one person want to run.”

Ariana Engles, SA president during the 2018-2019 school year, said she first became worried about the health of the SA during last year’s presidential race and that her concern was increased this year with only one presidential candidate.

“[Last year] I was really anxious around the idea that there was just Grace Wickerson running and then two candidates who self-described as joke candidates from the beginning,” Engles, a senior at Lovett College, said. “I was concerned then, and then it was literally just one candidate, not even any joke candidates [this year], I became extra concerned.”

Engles said she believes the lack of candidates is a reflection of declining popularity of the SA in past years, specifically due to interactions between the organization and the administration.

“We wrote an op-ed recently about the SA being generally very top-heavy instead of bottom-heavy, and I think that probably contributes to [decreased popularity of the SA],” Engles said. “Yes, I worked with administrators as well, and that’s part of the role, but there’s a balance to be had.”

Clyburn said as SA president she would want to make the SA a more compassionate organization that facilitates bonds within the group, based on her own experience in this organization.

“I’d love to make [the SA] so it was more balanced this year and it was a place where people could not just do work but also connect with each other,” Clyburn said. “All of my really closest friendships really come from the Student Association … and I want to give other people that opportunity.”

Clyburn said she wishes her race was not unopposed and that she hopes people in the future will be encouraged to be more involved with the SA.

“I’m not happy that it’s uncontested,” Clyburn said. “If anyone thinks that there is a better candidate I would love for them to feel empowered to write that candidate in.”