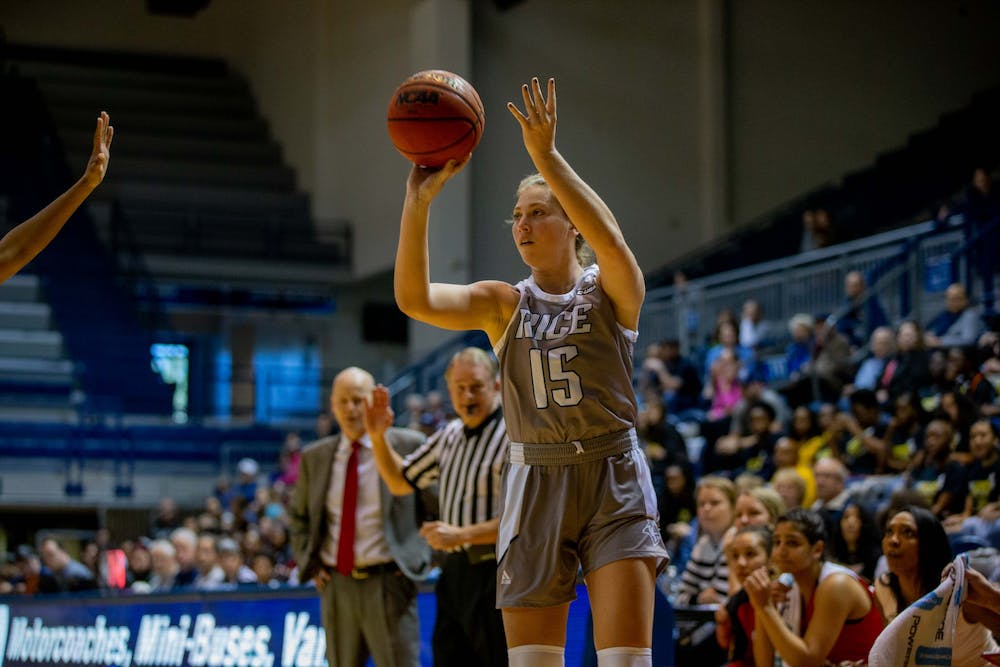 Rice women’s basketball will aim to extend its current four-game Conference USA winning streak when the Owls take on Louisiana Tech University and the University of Southern Mississippi at Tudor Fieldhouse this week.

Rice started off the season 5-6, failing to score 50 points during three of its six losses. But according to senior guard Erica Ogwumike, the team has coalesced around its defensive effort in recent games.

“We’re learning our identity,” senior guard Erica Ogwumike said. “We’re taking pride in our defense, knowing that we’re one of the better defensive teams not in the country but in the nation, and that makes us want to work harder.”

As Rice prepares for its two home games this week, head coach Tina Langley said the Owls will continue to look for offensive improvement against upcoming tough defensive competition.

“We have a lot of new players, so one of the things over this season that we’ve had to develop in is our knowledge of one another,” Langley said. “[Louisiana Tech and Southern Miss] are two really good, really intense defensive teams, and when teams put pressure on us we have to know how we’re going to play together. I think we’ve grown a lot in that area, but it’s something we’ve got to continue to grow in.”

Rice’s current record sits at 9-6, after a successful trip this past weekend to Florida, where it beat Florida Atlantic University 78-69 and Florida International University 68-47. Against FAU on Thursday, Rice was led by C-USA Player of the Week Ogwumike, who scored 30 points and grabbed 11 rebounds. According to Langley, Ogwumike’s positive impact is felt both on and off the court.

“Erica can do everything on the court,” Langley said. “She’s a tremendous scorer, rebounder, defender, there’s really nothing she can’t do from a basketball standpoint. But she’s an even better leader. She’s a person who sets the tone in how we prepare, and takes care of the team.”

The team  continued its momentum into their next game against FIU on Saturday, a contest that Rice won convincingly after breaking the game open with a 14-0 run in the third quarter. Three Owls scored in double digits, led by 12 points apiece from sophomore guard Jasmine Smith and freshman forward Lauren Schwartz. Ogwumike picked up her fourth consecutive double-double with 11 points and 1o rebounds.

The win against FIU marked Rice’s fourth straight win and 23rd consecutive victory in C-USA play, after the Owls posted a losing record in non-conference play to begin the season.  According to Langley, the team managed to take away positives even when they weren’t able to come away with a win.

“One of the core values of our program is growth, and we chose that value based on mindset,” Langley said. “Learning that failure is not a negative thing, it’s something that propels you to do better if you use it the right way. All throughout non-conference, wins and losses, this team did a great job of reflecting and learning the areas we need to grow in.”

One area of growth stems from this team’s relative youth:  The Owls feature five freshmen and four sophomores. Ogwumike said one of her roles as a team leader has been to help the underclassmen adjust to the competitive collegiate atmosphere.

“I’ve been able to help the freshman and the people who haven’t been in these big moments by talking to them before games, and trying to calm their nerves,” Ogwumike said. “I’ve helped them visualize those moments and [shown them] that we can compete, and we can win.”