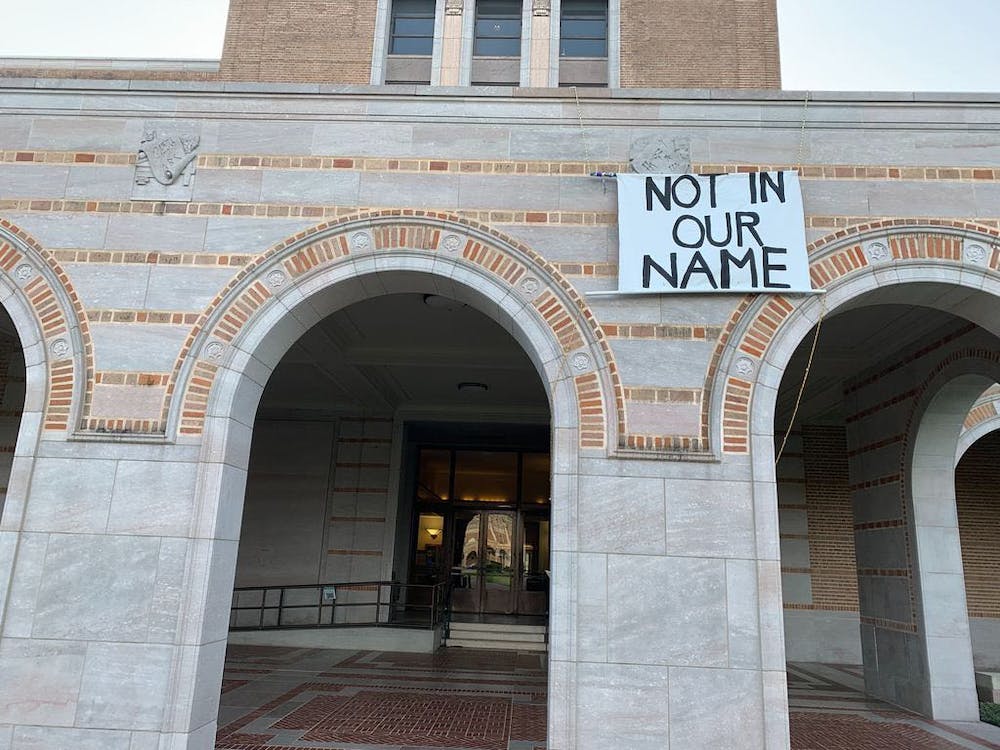 In response to continued development on Rice’s Innovation District on the border of Midtown and the Third Ward, members of a student coalition and 16 student organizations published a letter asking Rice to sign a community benefits agreement with Houston community members on Monday, Jan. 20.

Lila Greiner, the media representative for Rice Young Democrats, said that RYD supported the letter because they believe that Rice has a duty to the Houston community.

“Unfortunately, projects like the Ion often only promote the interests of the wealthy while exacerbating issues faced by marginalized populations,” Grenier, a Will Rice College sophomore, said.

The letter follows months of discussion between The Student Coalition for a Just and Equitable Innovation Corridor, the Houston Coalition for Equitable Development with Displacement and Rice Management Company, the company overseeing the Innovation District’s development.

HACER co-presidents Brenda Venegas and Laura Vargas Infante said that it was vital for the organization to sponsor the letter in support of the Third Ward community.

“HACER believes it is crucial to support and positively impact not only Rice University students but also members of the Houston community,” Venegas and Vargas Infante, Sid Richardson College seniors, wrote in a statement. “We wanted to emphasize that it is unacceptable to keep taking power from communities of color through gentrification.”

“Rice has invited community members and community organizations to the table, and many of those are the same organizations that are within the coalitions, it’s good and it’s positive that Rice has that intention,[but] it’s still very important to the coalition that everything they do agree on or talk about is a part of the [CBA] because the enforceability is really what matters, and what’s going to build that trust between Rice and the community,” Neal, a Jones College junior, said.

BSA president Drew Carter said that it was important for BSA to show solidarity with the Third Ward community and prevent its erasure.

“We have to ensure that we are doing our responsibility as an organization comprised of Black students who share common experiences, history, culture and political disenfranchisement [with the Third Ward community] that we are willing and able to use our privilege as members of an elite institution to minimize the harm our institution enacts on marginalized communities,” Carter, a Jones College sophomore, said.

Hope Fa-Kaji, a member of the Rice InterVarsity Christian Fellowship said that the letter went hand-in-hand with Christianity and the Rice chapter of InterVarsity in particular.

“The Bible has very specific and explicit commands to support the vulnerable in society and to invest in the place you live, even when that place may not be your home,” Fa-Kaji, a Will Rice College junior, said.

In addition to sponsoring the SA resolution and penning the letter to President David Leebron and the Board of Trustees, the student coalition is hosting engagement events on campus throughout the week as a part of a campaign called “Not in Our Name.”

According to Neal, it is the responsibility of Rice students to speak out in support of the CBA because they are the ones who will end up benefiting from any financial assets earned by Rice Management Company through the Ion and the greater South Main Innovation District.

“When we say ‘not in our name,’ we’re saying that not in our name will Rice knowingly perpetuate the gentrification and displacement of a community,” Neal said.

LeVasseur said that Rice Management Company has maintained a commitment to creating a district that has a focus on community engagement.

“The overwhelming support from the Rice community and all of Houston has been a driving force behind The Ion,” LeVasseur said.

Neal said Rice has a unique position as both a real estate developer and a university to foster a relationship with the local community.

“A university’s job is to create knowledge for a better future and to share that knowledge. That really gives Rice a moral imperative to create a relationship with the community that reflects [Rice’s] values,” Neal said.