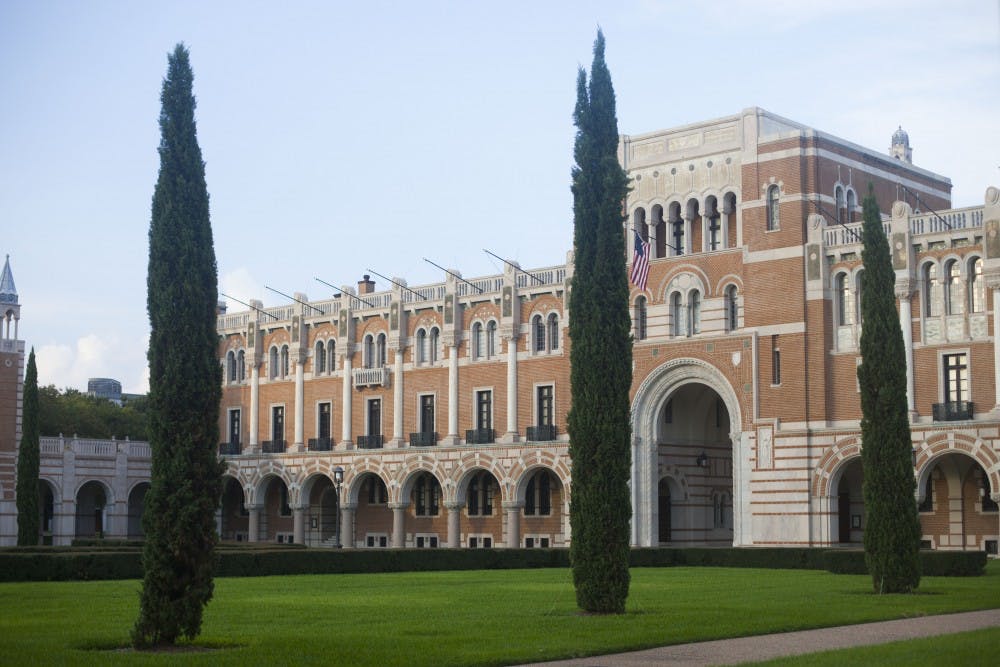 Rice welcomed 385 students into the class of 2024 through the university’s binding early decision program, according to Vice President for Enrollment Yvonne Romero da Silva, as well as 55 students through QuestBridge National College Match. This year, Rice accepted around 18.9 percent of the 2,042 applicants on Dec. 12, according to Romero da Silva, a higher percentage of students admitted than last year.

“Early decision applications are down [from last year],” Romero Da Silva wrote. “But that’s not surprising given the huge surge in applications last year after the publicity surrounding the introduction of The Rice Investment.”

The Rice Investment had an impact on the number of both ED and regular decision applications Rice received last year. The program, which has been in effect since 2019, waives full tuition for families making under $130,000 and half tuition for families making between $130,001 and $250,000 per year. In the 2019 admission cycle, when The Rice Investment was introduced, there was an increase of 39 percent in early decision applications and a 29 percent increase in applications overall.

“The Rice Investment continues to be a strong inspiration for many students to apply,” Romero da Silva said. “Anecdotally, many students share that they were inspired to apply because they see a Rice education being affordable for them and their families.”

“We’re delighted with our early decision and QuestBridge students,” Romero da Silva said. “They represent a broad range of talented scholars from across the country and around the world.”

More than 21 nationalities and dual nationalities are represented among those accepted into the class of 2024 through ED and QuestBridge, according to Romero da Silva. She said that the most heavily represented nations among the international applicants accepted are China, South Korea, Mexico, Japan and Vietnam.

High school senior Jose Oviedo from Waller, Texas, who applied early decision to Rice and plans on majoring in French and neuroscience, credits the Rice Investment for his decision to apply ED, in addition to academic and social aspects of Rice.

“It really made applying a lot less scary in terms of finances,” Oviedo said. “The people at Rice are so nice and caring. The academics, the research, it all just kind of came together and got me to apply.”