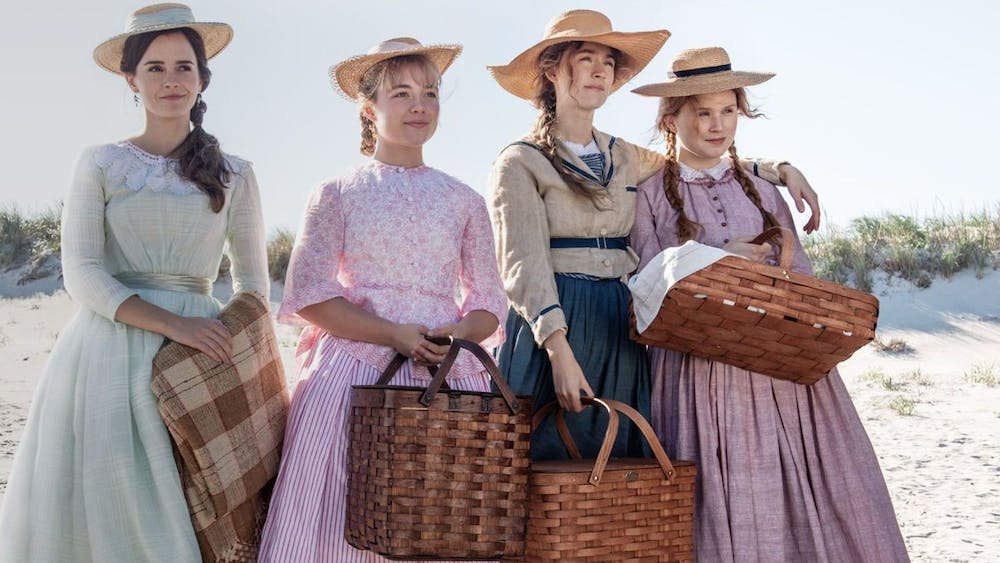 When I got home after watching Greta Gerwig’s “Little Women,” all I wanted to think about was “Little Women.” I dug up my old copy of the novel from middle school, replaying moments from the movie in my head.

Five minutes after I found out that there was a TV adaptation of the story on Amazon Prime Video, I snuggled up on the couch with my mom and a cup of hot chocolate. But it didn’t take long for me to realize that no iteration of the classic story could compare with Gerwig’s adaptation.

The story, at its core, is a tale of four sisters with different dreams and diverging lives. Rather than adopting the chronological timeline of the original story and all of its previous adaptations, Gerwig tells the story in flashbacks — an ingenious choice that makes the storytelling seamless and poignant. At the most heart-wrenching points in the film, this provides a mirroring effect, emphasizing the fact that things can never go back to the way they were.

Looking at the star-studded cast list — Saoirse Ronan as Jo March, Timothée Chalamet as friendly neighbor Laurie, Emma Watson as Meg March, and so many more — it’s no surprise that the acting in this film is outstanding. What stands out even more than the caliber of actors is the chemistry between them. Although Beth and Meg’s story arcs are less central to the plot than the Jo and Amy, they are perfectly cast; Eliza Scanlen shines as meek, shy Beth March, and Emma Watson is engaging as motherly Meg. The March sisters’ interactions are especially authentic as they interrupt, ignore and talk over each other like most siblings do.

Portraying authentic, complex relationships is what this film does best. At the heart of “Little Women” is the loving yet competitive relationship between Jo and her younger sister Amy, played by Hollywood’s newest rising star, Florence Pugh. The two sisters are so similar — stubborn, passionate artists in their own right — that their desires often compete.

But even when their squabbles over theater tickets, novel manuscripts and ice skating culminate into more serious conflicts, the two never lose their respect for each other. In one of the final scenes of the film, Jo and Amy reunite after a period of being apart and illustrate that, despite their differences, their sisterhood is more important than anything that might come between them.

Unsurprisingly, Ronan is brilliant as Jo in the film — but I didn’t realize just how brilliant until I saw an adaptation without her as Jo. Rather than stealing every scene she’s in, Ronan’s brilliance is more subtle, giving the film heart with a rebellious and relatable heroine and earning the Irish American actress her fourth Oscar nomination.

Before seeing this film, I never liked Amy’s character — an opinion that many readers of the novel share. But Pugh turns a spoiled, often unlikeable character into a flawed yet endearing girl who matures into a confident woman by the end of the film in a performance that has earned the British actress her first Oscar nod. Pugh and Chalamet expertly embody characters who push each other to be better people while supporting each other’s aspirations, painting a portrait of Amy and Laurie’s relationship that makes more sense on screen than in the original novel.

In this film, Gerwig does justice to what may have been Alcott’s original intentions, while also staying true to the storyline. Professor Bhaer, rather than appearing at the end of the story as a convenient love interest, is present from the very first scene. But rather than ending the story with Jo getting married, Gerwig ends the film with Jo having a discussion with her publisher. Her publisher insists that the heroine must be married by the end of the book. Jo acquiesces, but only if she is allowed to keep the copyright to her novel — something Louisa May Alcott did in real life for “Little Women.”

I can’t remember the last time I loved a movie as much as I loved this one. Maybe I’m biased — I’ve loved “Little Women” ever since I can remember — but if I could only recommend one movie this Oscars season, it would be this one.