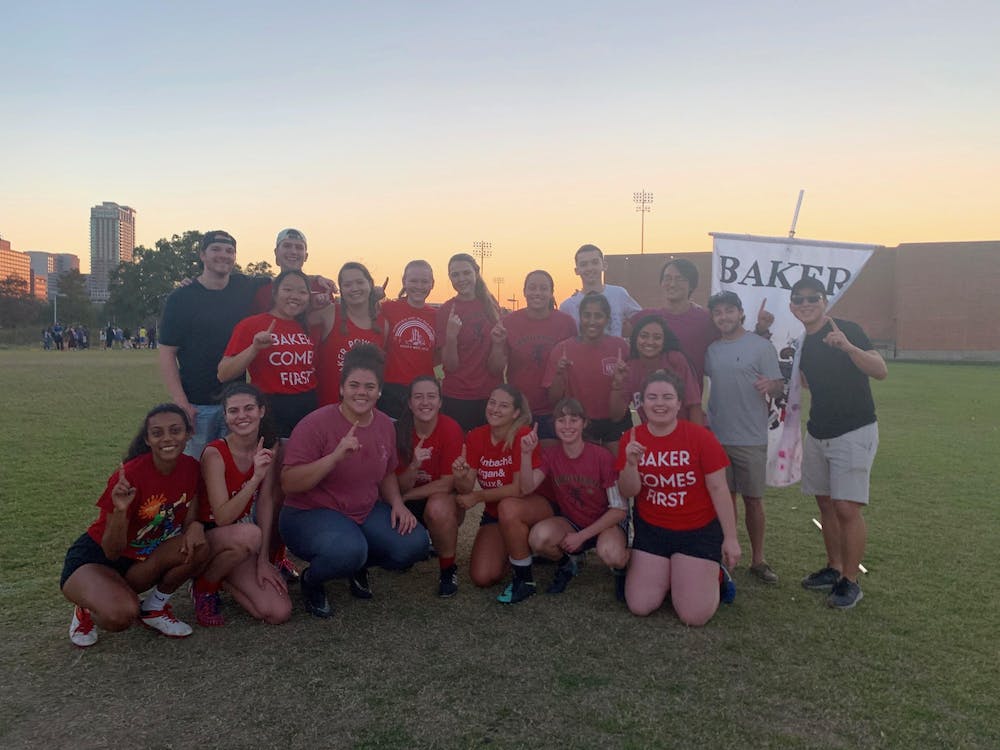 Described by head coach and senior Cannon Armistead as “small but mighty,” the Baker team featured only around 12 consistent players, just four more than the eight required to play. Senior Paul Ryu, an assistant coach, said it was difficult to find times when the entire team could meet. As a result, only five players on average could make it to each practice.

“Sometimes there were more coaches than players [at practices],” Ryu said.

Since not everyone on the team could make it to every game, team captains and Baker seniors Erin Kilbride and Sarah Downing said they almost had to forfeit a game when not enough players showed up. But Kilbride said the size of their team didn’t work against them; rather,  the team’s small size actually worked in Baker’s favor.

“The quality of players was high because we had a small team,” Kilbride said. “Each person who showed up to a game actually cared and wanted to win and tried their best.”

The team’s size also meant that players got more playing experience than they would have on a larger team.

“People got to play both sides — offense and defense,” Kilbride said. “Whoever showed up to a game always got a lot of playing time, so it was fun.”

Baker sophomore Indya Porter said having a small team was part of what encouraged her to continue to remain an active player.

“[The coaches] really wanted [players] to play because we have a small team,” Porter said. “So because of that you feel really important — you feel like you’re meaningful in the team.”

Downing said part of the team’s performance should be attributed to the five coaches on the team.

“I think we had a more solid coaching base than we’ve had in the past, with pretty knowledgeable coaches who showed up and cared about how we were doing,” Downing said.

Armistead also said the chemistry between the coaches and the players factored into the team’s success.

“[All the coaches are] all really good friends with the girls,” Armistead said. “We’re on the same wavelength.”

According to Downing, the individual players’ performances also made an impact on the team’s success. Downing said the players’ athleticism and experience contributed to the team dynamic.

After moving players to different positions, Armistead said he realized putting the right players in the right positions had a huge impact.

“We put [Kilbride] as [wide receiver] and she turned out to be the best receiver in the league,” Armistead said.

Although the team dynamic may have led them to win the championship, Kilbride said that Baker powderpuff doesn’t focus on winning.

“It really [isn’t] about winning or being competitive at all,” Kilbride said. “The relaxed, fun environment is what makes [being on the team] cool.”

Despite the team’s laid-back attitude, Ryu said the players delivered during some of the championship game’s most pivotal moments.

“[The players] made some insane plays,” Ryu said.