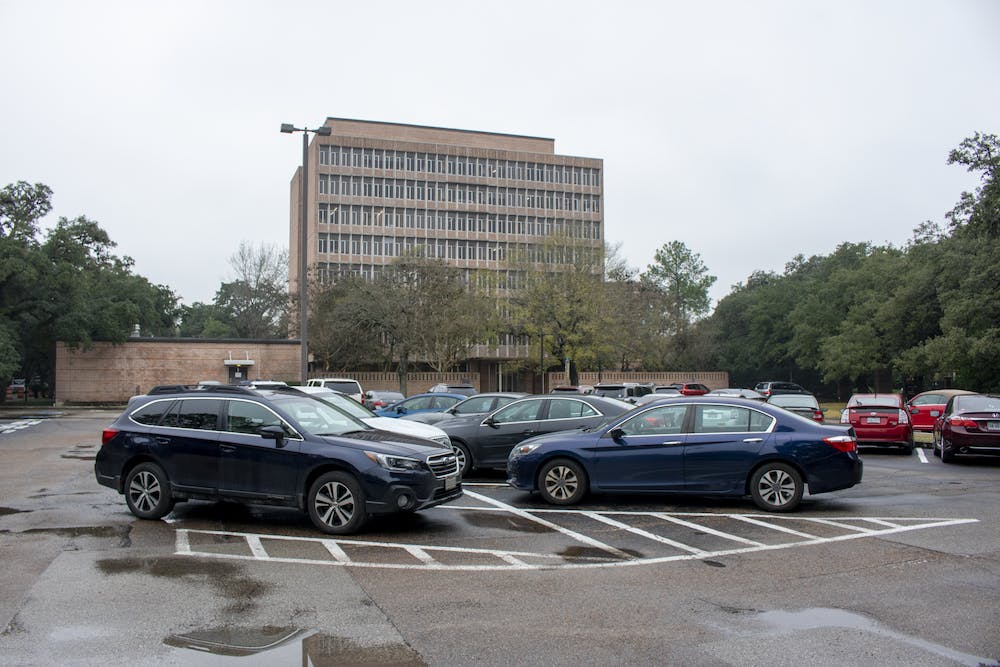 Five cars from North Lot and four cars from a lot near Duncan College were burglarized on Sunday, Dec. 15 around 7:24 a.m., as detailed in a Rice University Police Department crime alert sent that afternoon.

At the time of publication, the department has identified no suspects due to a lack of surveillance footage and eyewitness testimonies, which are most often used to solve burglary cases like these, according to RUPD Captain Clemente Rodriguez.

“At this time, those who have been notified reported only one piece of clothing stolen from one of the vehicles,” the email, sent at 1:17 p.m., said. “In each incident the unknown suspect(s) smashed the car window to break into the vehicles.”

Last February, 17 cars were burglarized in the First Christian Church and School parking lot, which is near North Lot.

Rodriguez said RUPD usually witnesses elevated levels of crime around Christmas. According to Rodriguez, though officers performing routine patrols quickly noticed the damage from this incident, they were unable to catch the burglars in action.

“These things happen relatively quickly. You’d be surprised by how quickly someone can smash a window and go to the vehicle real quick, and then move onto the next, in a relative matter of minutes and then be gone from the area,” Rodriguez said. “[Burglars] just do these smash and grabs and they don’t know if there’s anything in there so they just take their chances and rummage through the vehicle. It’s difficult to guard against something like that.”

Jones College senior Matthew Brehm said he lost one day to work on finals after bringing his car into the shop that same Sunday afternoon and considers himself lucky to have fixed it in time to drive home.

Other students, either absent or occupied with finals, had their windows temporarily covered up and moved to campus garages, Rodriguez said. Martel sophomore Davyd Fridman said he was one of those students.

Fridman said he received a call right before his 9 a.m. final alerting him that his car windows had been smashed and a $300 coat had been stolen. He recalled dealing with the stress before and after the exam.

“The stress of my car being broken into and learning about it just hours before an exam distracted me from focusing on performing well,” Fridman said. “The damage done to my car as well as the stolen item were quite expensive, and the university never offered any sort of reimbursement in spite of their lack of surveillance.”

Cody Staab (Brown College ’19), another victim of the burglary, said this North Lot burglary hardly came as a surprise to him. Staab said that during his four years at Rice, property safety issues were always a concern. He thinks the North College parking lots’ proximity to a busy Rice Boulevard coupled with subpar lighting and few surveillance areas have made them frequent targets for thieves. Staab said even increasing the lighting around that area would go a long way. With North Lot passes going for $400 a semester and West Lot passes going for $500 a year, Fridman and Staab were both frustrated with the value they were getting for their money.

“If we’re going to spend that much money for a parking spot on campus, wouldn’t you think that the safety of our vehicles should be somewhat of a priority?” Staab said. “They do say that they clear themselves of anything that happens; vandalism, if someone breaks into your vehicle, the school’s not liable.”

Brehm, Fridman, Staab and McMurtry sophomore Jackson Savage all agreed that more cameras, surveillance and lighting around campus would prevent these repeated burglaries, especially since property damage victims are often entirely responsible for repair costs. Some students, such as Staab and Savage, reported paying at least $300 out of pocket to fix smashed windows because they still had to pay up to the $1,000 insurance deductible. Rodriguez said this is due to budget constraints on his department that RUPD is unable to cover these damages.

“When I talked with RUPD, they just said, ‘Sorry, this is an inconvenience, but these things just happen,’ which I felt was a weird response,” Brehm said. “I think that occasionally when we come back later at night, we see sometimes an officer just sitting there at Brown Lot, so more patrolling late at night when the campus gates are closed [would help].”

According to Rodriguez, installing surveillance cameras requires not only choosing an optimal location but also building the infrastructure of the parking lot to support it. Putting cameras around campus entrances is an option that is being discussed, according to Rodriguez.

Rodriguez said the best thing students can do is follow the guidelines set in the email, such as securing their locks and removing valuable objects from the vehicle.

“The biggest thing that we can do as RUPD is to be seen, to be highly visible on campus, to deter people from coming onto campus, but in a large city, it’s difficult to be 100 percent successful all the time,” Rodriguez said. “I wish there was a foolproof solution to keeping people’s property safe all the time, but unfortunately that’s not really realistic to believe.”