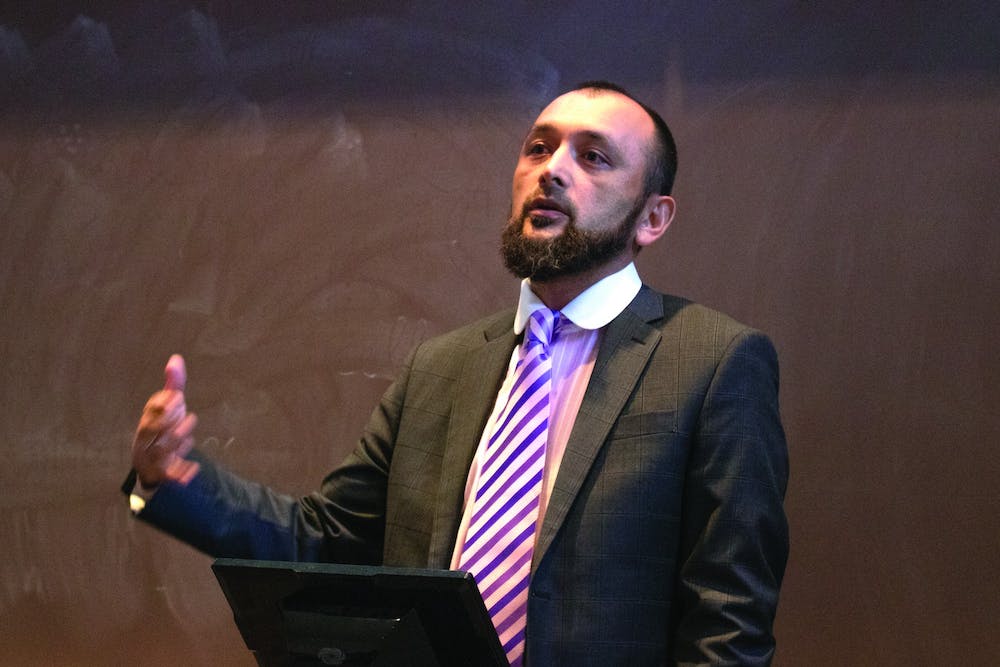 Members of Houston Uighur Society spoke at Rice last Thursday on the recent events regarding the Uighur population in China. In their talk, the members presented on the internment of the Uighurs in Chinese ‘re-education’ camps that are being implemented allegedly to erase Uighur religious and cultural identity.

Houston Uighur Society President Muzaffar Dolan and member Ali Wushur were invited to present their experiences  with and understanding of the current events unfolding for the Uighur population in Xinjiang, China, according to sociology lecturer Craig Considine.

Considine said that this event was a collaboration between the independent study project Islamophobia Resistance Campaign and his “Muslims in American Society” class. Considine and members of the IRC invited the Houston Uighur Society to talk about the situation in China.

“I asked a few of my classes, ‘Who knows what is happening to the Uighur people in western China?’ and very few hands went up,” Considine said. “This alarmed me considering that cultural genocide is unfolding before our eyes.”

Lauren Loh, a McMurtry College senior, said she the presentation gave her more clarity and insight to an issue that she knew very little about.

Sarah Smati, co-leader of the IRC, said that being Muslim herself made these events even more important to her.

“It affects me on a deeper level when I hear about how the Uighurs are being targeted specifically for their religion, with Islam being outcast as a mental illness in the Chinese media to justify the imprisonment of the Muslims,” Smati, a Sid Richardson College senior, said. “Even though they’re on the other side of the world, anything that impacts one Muslim impacts the entire Muslim community worldwide.”

These internment camps have origins in 2014, according to Considine. The United Nations said there are at least 1,000,000 people allegedly detained in such camps; the United States Department of Defense reported that there may be 3,000,000 people. The Chinese government denies the existence of these internment camps, instead claiming they are vocational training centers.

Inside the camps, there are reports of Uighurs allegedly being forced to renounce their Muslim religion, eat pork and drink alcohol, Considine said. There are also reports of alleged organ-harvesting inside these camps, according to Wushur. As part of his presentation, Wushur played multiple videos showing individuals shackled and being led by police officers at train stations and other public locations.

“The sad story here is that the Chinese government is using these videos and saying ‘Look at how we take care of these terrorists,’” Wushur said.

Hanna Gratch, co-leader of the IRC, expressed how important it is to personally attend such events instead of reading about them on paper, as many have become so desensitized to news headlines that they feel distant from the problem.

“Real people with real experiences are speaking to us,” Gratch, a Hanszen College junior, said. “It is important for members of the Rice community to close that distance, so they can understand both the reality of the situation and the ways they can get up and do something about it.”

Considine also called upon the Rice community to take action in response to the Uighurs’ current situation.

“Speak up and condemn this crime against humanity,” Considine said. “Organize events on and off campus to shed light on the Uighur crisis [and] engage with the Uighur people themselves and make connections with your fellow human beings.”