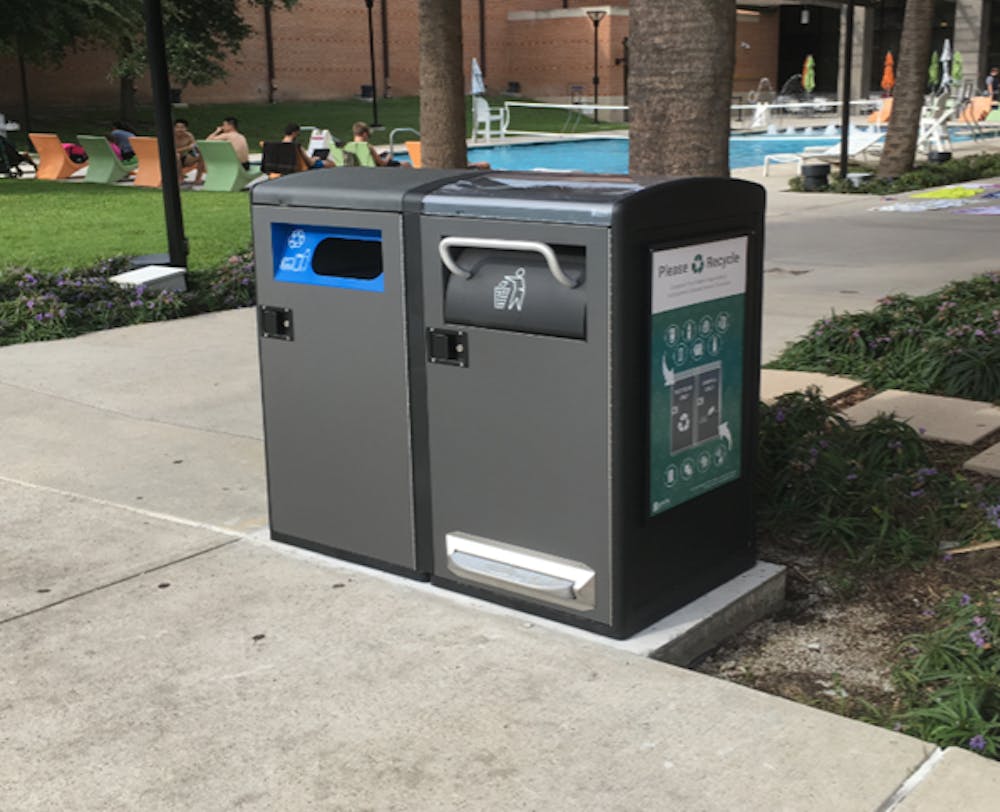 As part of a trial, H&D installed a food dehydration machine for food composting at the North Servery Jan. 16, according to Brad Thacker, the operations director for the North Colleges and West serveries.

“If I have two or three weeks of data, it should give me enough information that I can extrapolate it through the rest of the campus,” Thacker said. “Then I will do a cost analysis, looking for minimizing our financial costs and getting a great environmental win in social debt.”

By assessing the weight of the post-consumer compost after each meal, H&D hopes to collect data on the amount of post-consumer waste that North Servery produces. Based on the data, they will determine the size of the machine they need to purchase for other serveries, according to Thacker. Using a high temperature of 212 degrees for nine hours, the food waste loaded in the machine is transformed into a coffee-grounds-like fine powder, which can be used for gardening and fish feeding, according to Thacker.

While the machine has produced its first batch of pre-consumer compost last week, the post-consumer composting will be starting this week, according to Ashley Fitzpatrick, a sustainability intern who worked closely with Thacker on the initiative.

The composting trial this week also aims to help students learn the process of waste separation so that they can eliminate contamination, according to Fitzpatrick, a Martel College sophomore.

Taking directions from signage and student volunteers, students have to sort out the usual china, food waste, palm plates and trash after they finish their meals, said Fitzpatrick.

“Volunteers are there to help direct and educate people about waste separation, and they have the cheat sheets, which I sent out in emails that [show] where things go,” Fitzpatrick said. “There is also a QR code posted with frequently asked questions so if somebody is asking them questions that they don’t know the answer to, they can direct them to that.”

Fitzpatrick said her main concern about post-consumer composting is contamination since some students may not want to engage with waste separation.

Johnson said a task force consisting of several Facilities Engineering and Planning and H&D faculty examined every aspect of the campus trash and recycling system and compared it with several other universities, such as the University of Texas, Austin, Michigan State University and Washington University in St. Louis. The task force’s analysis has already led to multiple modifications and initiatives, according to Johnson.

For example, by centralizing waste collection in the residential colleges, FE&P and H&D reduced the use of plastic liners, according to Johnson. Academic buildings have not started centralizing waste collection yet, but once they implement the practice, the number of plastic liners will dramatically decrease, according to Johnson.

“Each year, FE&P buys 825,000 plastic liners for trash cans,” Johnson said. “We think that by adopting the approach, we can cut this number in half.”

Johnson also hopes to save plastic liners through the introduction of a “smart bin,” powered by a small solar panel that provides electricity for sensors that can tell people when it needs to be emptied.

“Our grounds supervisor is able to look at a dashboard on either his laptop or his phone that tells him if a bin needs to be emptied,” Johnson said.

Johnson said they are currently testing a smart bin at the Gibbs Recreation and Wellness Center and hope to apply the technology to other locations as well as indoor centralized collection stations.

Fitzpatrick said similar to composting, one of the obstacles facing recycling adoption at Rice faces is a lack of student knowledge on how to properly sort the waste.

“Since it is difficult to reach a collegewide audience, we hope to push out more educational efforts and reach more people through social media, emails, presentations and events,” Shore, a Martel College junior, said.

Despite the challenge of obtaining regular and reliable reports of the university’s sustainability performance, Johnson expects the 40 percent benchmark to be met after all the initiatives are in effect.

“I’m confident we’ll be well above a 40 percent diversion rate, with hundreds of thousands of plastic liners saved every year and a lot of hard work by our staff redeployed to make the campus look even better,” Johnson said.