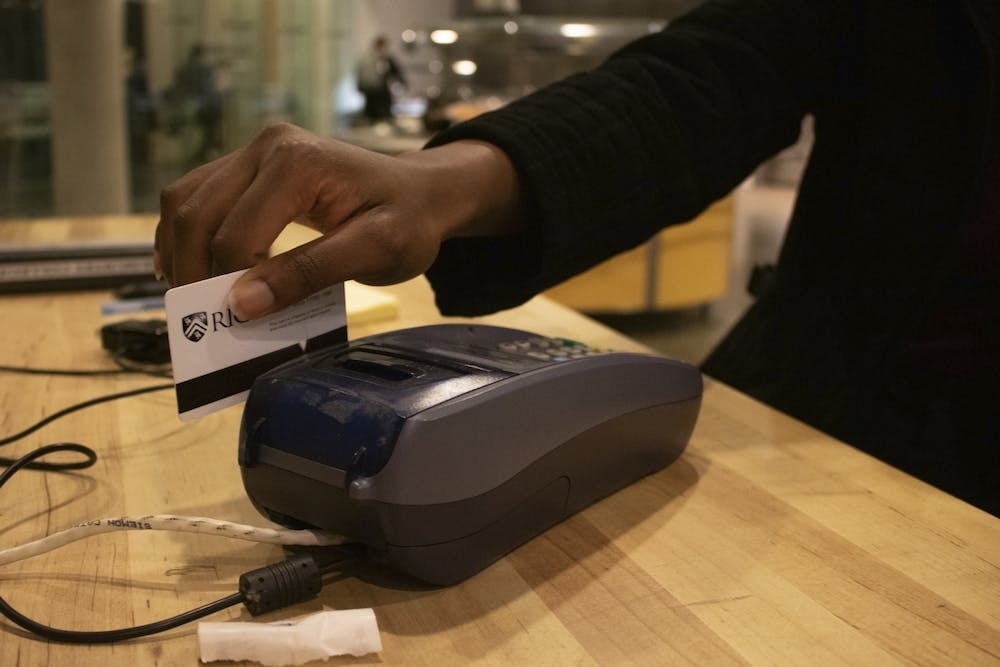 Susann Glenn, the director of communications for administration, said that when Housing and Dining receives information for students requesting these swipes, they will be put into the student’s account.

“Once students donate swipes from their account, those swipes will be removed from their accounts and be held until a student requests meal swipes,” Glenn said. “That process is being handled by the dean [of undergraduates office].”

Students can direct their questions to Student Success Initiatives Director Shelah Crear, who’s designing the process with the dean of undergraduates office.

“They can find out if they’re eligible by going there first, as they have laid out the specific criteria,” Wickerson said.

Students with meal plans have until Friday, Jan. 24 to donate their swipes through the online form, which was sent in an email from Dean of Undergraduates Bridget Gorman on Tuesday.

“Inspired by SA leaders, this program provides a simple way for students to donate guest meal swipes to peers who face food insecurity,” Gorman said. “This effort joins The Pantry, located in the Student Success Initiatives office. as another move forward in our efforts to reduce food insecurity on campus.”

Anna Margaret Clyburn, Martel College president, said she came up with the idea in fall of 2018. The initiative is in collaboration with the Student Association, Student Success Initiatives and Housing and Dining, according to Clyburn.

“I was a Martel senator last year, and I was trying to look at what projects Martelians really wanted me to pursue,” Clyburn said. “I was talking to a friend of mine who started explaining to me that he was experiencing food insecurity and didn’t know what to do.”

Clyburn said she started thinking about whether this was a problem affecting significant portions of Rice’s population, and if so, what could be done about it.

“I talked to [Housing and Dining Senior Business Director] David McDonald, and he let me know that there are at least 7,000 unused guest meal swipes in Fall of 2017,” Clyburn said. “Hearing that number made me think: ‘that’s 7,000 meals that could have been eaten by someone.’ That was like a lightbulb moment.”

Wickerson said they approached Gorman about the meal swipe donation initiative at the end of last March to get some feedback on the idea. They also spoke to Glenn over at H&D to see what the feasibility of the program was.

Wickerson said that students living off campus, who have been identified in need, will be able to go to SSI on a regular basis to get loaded with meals.

“Depending on the number that’s in the pool, they will do the allocation,” Wickerson said.

Wickerson said the SSI’s Pantry, which provides some staple foods and quick meals, does not fully address food insecurity for off-campus students. Wickerson said they brought H&D into the conversation because of the limitations of the pantry.

“Say students are on campus for dinner and didn’t get to go to the pantry one day, but are on campus because of classes or activities which are always in the evening, they would otherwise have no way to get a meal,” Wickerson said.

According to Clyburn, the guest meal swipes will be uploaded on to students’ cards, and they would be able to swipe into any servery.

“It’s definitely as anonymous as possible, which was really important to me, knowing how stigmatized being food insecure could be on campus,” Clyburn said. “Dean Gorman will work with SSI to figure out which students are most in need of those guest meal swipes.”

Wickerson said that this spring is a test run of whether this initiative can be successful, so they can develop a more robust system for the fall semester.

“This semester they’re going [to] see how many students are asking for it and using it and track that data for this semester,” Wickerson said. “The summer gives enough time to think about what worked and what didn’t.”

Wickerson said that the form to donate guest swipes will ideally be linked to other forms on students’ Esther pages, to make it easier to get donations that might otherwise be missed.

“There is a lot of potential in this plan and that’s why we’re excited to see how it works out.” Wickerson said. “The two important numbers [to provide] are your Student ID number and the number of swipes you want to give [and] it doesn’t take a lot to donate.”