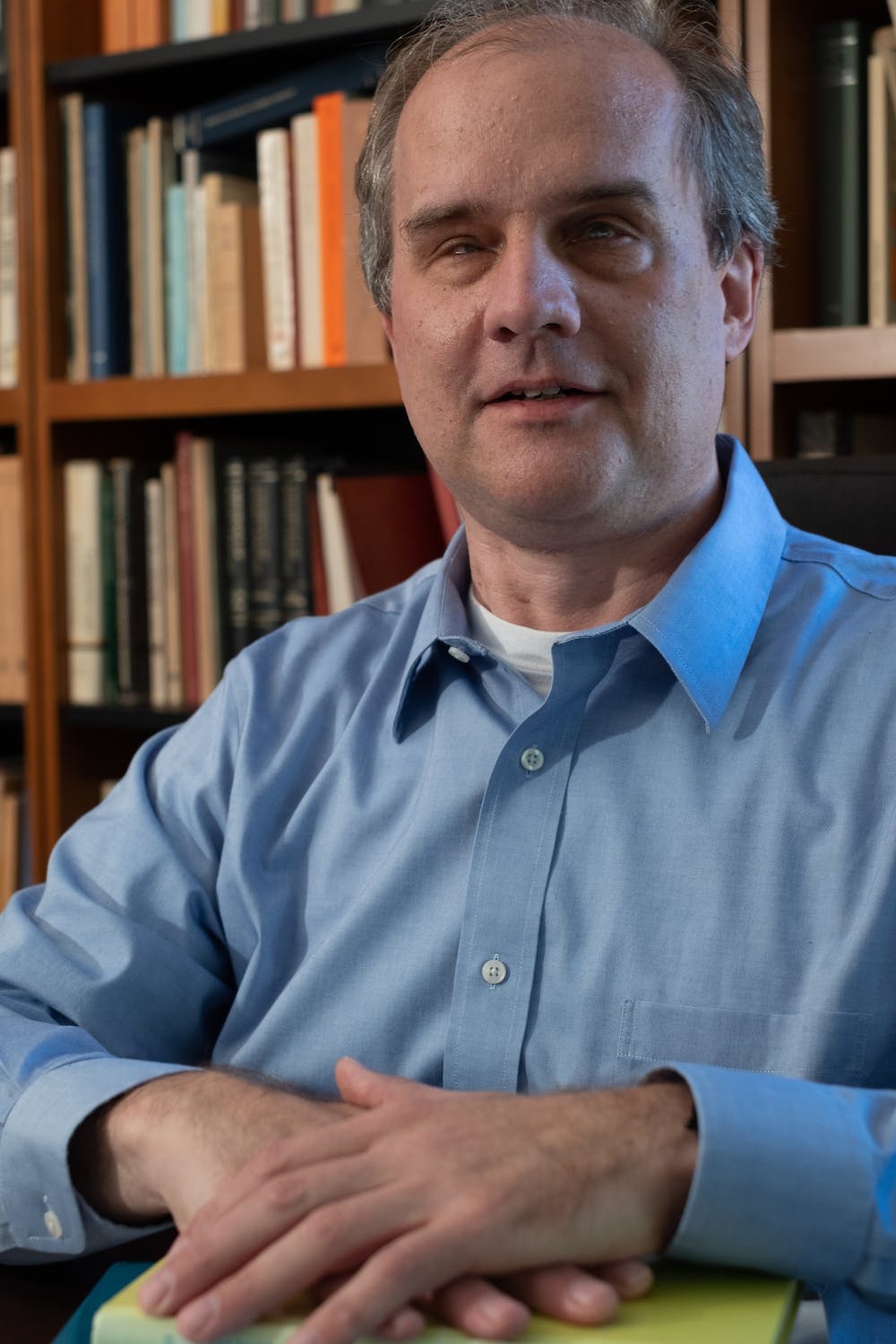 Although Robert Englebretson has been reading braille since he was 5 years old, it didn’t occur to him to research braille until he was selected to serve on a committee to study Braille in 2005.

“I joke that it was at my fingertips this whole time and I never noticed it as a possible area of research,” Englebretson, an associate professor of linguistics, said.

The Institute of Education Sciences recently granted Englebretson $1.4 million to explore how the teaching of braille can affect how students learn and read it. Partnering with the psychology department’s Simon Fischer-Baum and Cay Holbrook, a professor of education from the University of British Columbia, Englebretson is examining how people read and write Braille and what that reveals about its cognitive and perceptual underpinnings.

Englebretson hopes his project will help correct misconceptions about Braille.

This assumption can affect how braille is taught. Englebretson says braille teachers, who are typically sighted, tend to read braille by eye and undergo limited training on braille in their teacher preparation programs.

“[Braille teachers] approach braille very differently from how ... a braille reader would approach it,” Englebretson said. “That, [our team] believes, leads to mismatches between what braille readers actually do and what the teaching community thinks that they do.”

“It’s a chance to bridge these different fields and to create more synergy,” Englebretson said.

In 2005, Englebretson was selected to serve on a committee for the International Council on English braille that sought to make the International Phonetic Alphabet, a set of symbols that is used to represent speech sounds for all of the world’s languages, accessible in braille. Just last year, the Braille Authority of North America honored Englebretson for his work.

“The award is 11 years after the fact,” Englebretson said. “They were scraping the bottom of the barrel.”

Englebretson said the braille version of IPA was severely outdated before he and the rest of the committee got to work.

“There were a lot of symbols that didn’t have braille representations,” Englebretson said. “Any of us doing linguistics in braille had to innovate a lot of our own symbols.”

By updating the Braille IPA, Englebretson intended  to make linguistics, speech sciences and other fields of study accessible for blind students and professionals. He said that access to braille levels the playing field for people like the three braille-reading students who attended Rice between 2001 and 2010.

“If these students didn’t have access to braille in their fields when they were students here, they would have had a much more difficult time in their work,” Englebretson said. “These students were able to do the same kinds of amazing things that ... Rice students generally do.”

Englebretson reflected on what it was like to teach one of those students.

“The student who now works for the FBI took both LING 200 and 300 with me in 2007 and 2008, and it was so much fun for me to be able to hand out all the handouts in Braille to the student at the same time as everyone got the print handouts,” Englebretson said. “I’m the only faculty member who could produce braille for that student with the handouts directly and give them to her. She seemed to have a lot of fun with those classes.”

This spring, along with the braille project, Englebretson is teaching a course called “Research on Braille.” The first time he taught the course, there were five students. That number has now risen to 20 — a huge enrollment for an upper-level course in the linguistics department, according to Englebretson.

“It’s the only course like it in the world,” Englebretson said. “If you take courses at a university about braille, they’re usually in the special-ed teacher preparation programs.”

With all of the contributions that Englebretson has made and is making to the study of braille, he said he views his work as a type of social justice.

“Empowering people to have access to writing and literature and things in their field, I think really is sort of a social justice issue,” Englebretson said.

And, according to Englebretson, the current generation of Rice students is more aware and more willing to embrace diversity than in the past.

“I really like this generation of students,” Englebretson said. “I’ve seen a lot of development in the last 20 years in terms of students being open to diversity and students wanting to see everyone be successful in who they are. I think I’ve definitely seen that in terms of attitudes toward disability … towards LGBT people … [and] in attitudes about gender.”

Englebretson said that if he wasn’t teaching students, he would probably be cynical and discouraged in the current political environment.