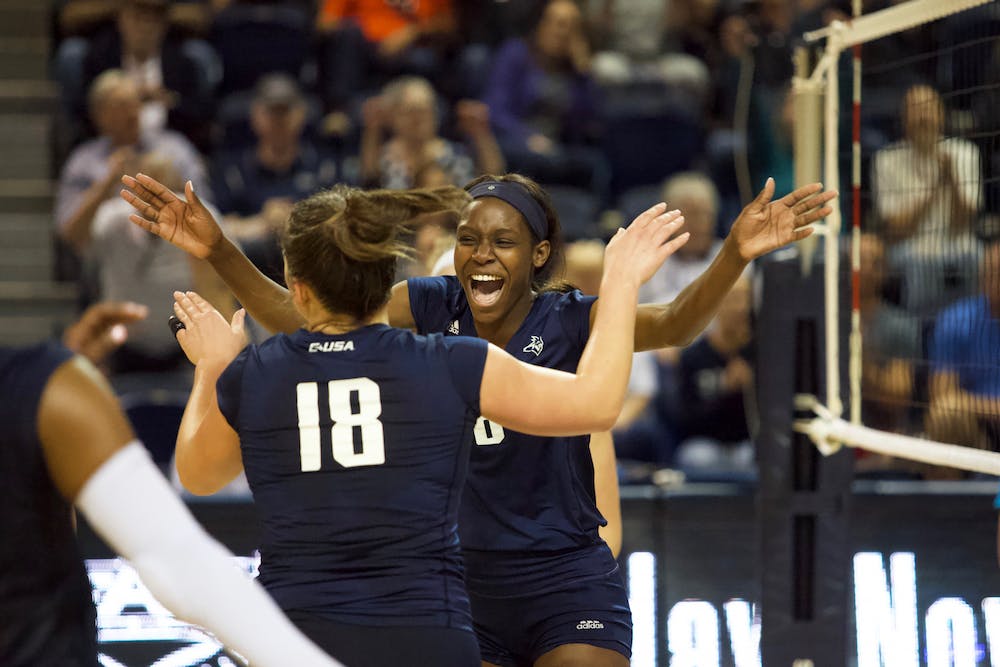 Volleyball will compete in the NCAA tournament after receiving an at-large bid to play against the University of Oklahoma in the first round during Sunday night’s Selection Show. Transportation will not be provided for Rice students to the match against OU, but the possibility exists a student bus will travel to College Station on Friday if the Owls win their first round match, according to Rice director of marketing David Pillen.

After losing the Conference USA championship title to Western Kentucky University, the Owls were unable to secure an automatic berth to the NCAA Tournament. Regardless, Rice was almost certain to receive a bid to the NCAA Tournament because of its impressive RPI (No. 14 nationally), which is one of the primary determining factors in the tournament selection process. Head coach Genny Volpe said she feels the Selection Show committee handed Rice a fair first-round opponent in OU.

“We’re definitely excited to get started,” Volpe said. “We feel that it’s a good matchup [for Rice]. I’ve seen Oklahoma play and they’ve got a good team but I feel like we’ve got a lot of strong pieces so we should match up well with them.”

With regard to individual stars, Rice has many: junior outside hitter Nicole Lennon and sophomore middle blocker Anota Adekunle were named to the 11-women C-USA First Team this season, and three senior Owls — libero Lee Ann Cunningham, middle blocker Grace Morgan and setter Adria Martinez — earned 11-women C-USA Second Team honors. Lennon and Adekunle have stuffed the stat sheet: Lennon stands at No. 9 nationally in kills per set (4.83) and Adekunle ranks No. 6 nationally in hitting percentage (43.1). Lennon was named C-USA Offensive Player of the Week seven times, which set a Rice record and makes her a likely awardee for C-USA Player of the Year.

OU has its own three-headed offensive monster: the Sooners’ top-three kill stuffers this season are outside hitter Ashlynn Dunbar (360), middle blocker Paige Anderson (239) and outside hitter Sarah Sanders (256). OU captured the Big 12 title and compiled a 19-8 season record.

Volpe said Rice’s experienced players will stay focused on defeating OU. Volpe said she is confident in the Owls who competed in the NCAA Tournament last season, although Rice lost in the first round to Texas State University.

“The returning players are hungry to perform well,” Volpe said. “In the first round, we can’t look too far ahead at anything else. 100 percent, it helps that we went through [the loss to TSU] last year.”

This season marks the third time in Owls history that the team has qualified for the NCAA Tournament with an at-large berth, according to Rice Volleyball’s Twitter. Volpe said the team strives for success beyond making the first round.

Rice and OU are part of a four-team College Station group which also includes Texas A&M  University and St. John’s University (NY). Whichever team emerges between the Aggies and Red Storm will face the winner of Rice vs. OU in the second round.

Texas A&M would hold a home-court advantage in a potential matchup with the Owls. According to  Volpe, Rice would receive also receive a boost from its fans because Houston is close to College Station.

The Owls and Sooners will compete at Texas A&M University on Thursday, Dec. 5 at 4:30 p.m.  at Reed Arena.

Editor’s Note: This article has been corrected: The Owls will play on Thursday, Dec. 5, not Friday. It has also been edited to reflect that students will not receive free transportation to Thursday’s match against OU.