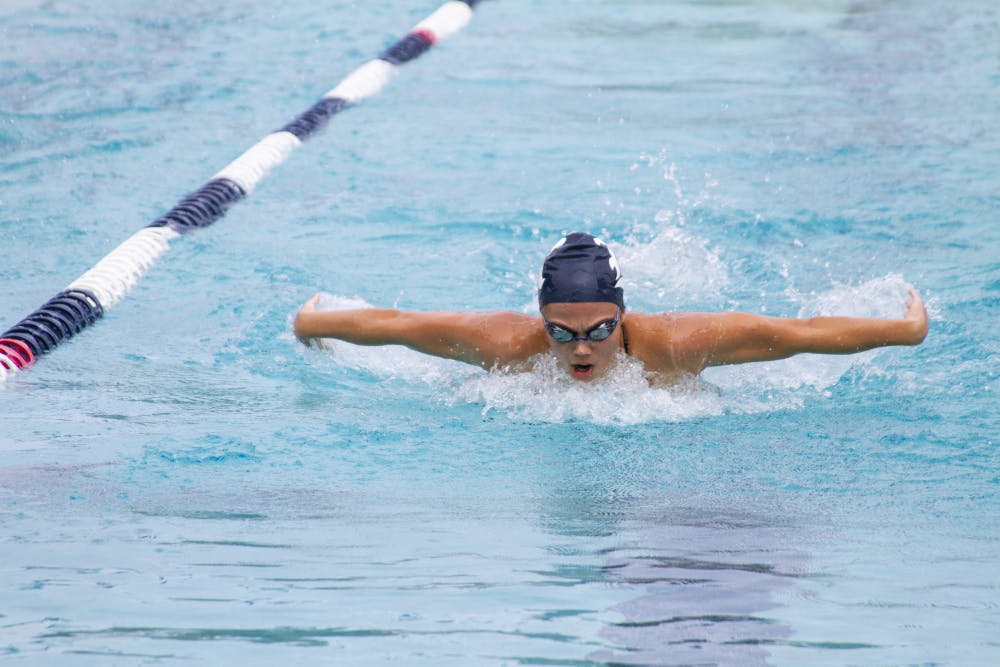 When Rice swimming challenges the University of Houston in the Phill Hansel Invitational this Thursday to Saturday, the team will be competing in its first tournament of the season against UH. Rice will face the Cougars twice more: during a Quad Meet held at UH from Jan. 31 to Feb. 1 and in the First Chance Meet on Feb. 15.

In the First Chance Meet, teams prepare for conference play. But in Rice’s early season showdown against UH this week, the Owls will look to bounce back from a loss to Texas A&M University.

The Phill Hansel Invitational, held at the UH Campus Recreation and Wellness Center, will be a meet featuring both preliminary and final competitions. Senior Claire Therien said the meet will feature a myriad of events, including several distance events such as the 400-yard individual medley. The race could prove difficult for Rice given that UH fields a 400-medley team which broke its program’s record in March; one swimmer on UH’s record-breaking 400-medley team is senior Laura Laderoute, who is a UH record-holder in four events.

Becca Brandt, a junior transfer from UH, said she favors racing for Rice.

Therien said the Owls are mentally preparing to face UH.

“We are going over race day scripts, which basically makes us think through the hours leading up to the race — so that when the time comes, we can execute the race perfectly,” Therien said.

Junior Brittany Bui, who swims in the butterfly and individual medley and holds Rice records in five events, said she is more focused on contributing to the team rather than succeeding as an individual.

“That’s not really the mindset I have approaching my swims,” Bui said. “I have always found myself performing best when I compete for my team and when I’m relaxed and having fun.”

Bui said that accepting her times as a swimmer makes her successful.

“I don’t like to set expectations for times and placing on my races because it puts a lot of pressure on myself causing me to overthink,” Bui said. “I like to focus on things within my control like how I’ll execute my race, and that’s when I have my best swims.”

Following the Invitational, Rice will not swim until the Owls host the University of North Texas on Jan. 10.