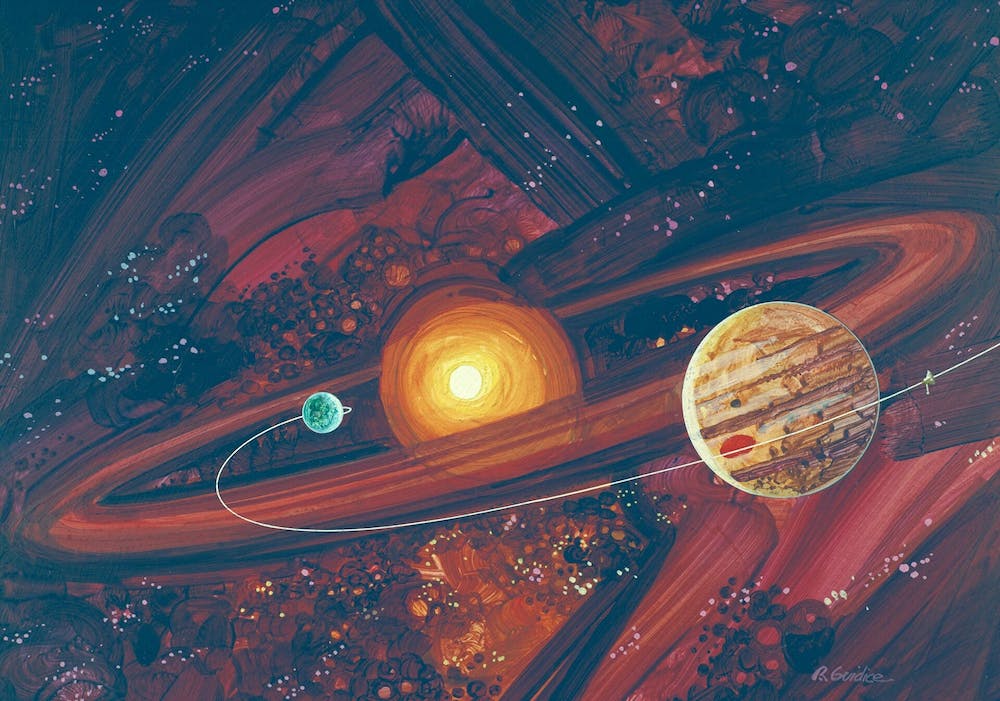 The Houston Cinema Arts Festival will bring diverse programming, from foreign films to experimental cinema to Rice Media Center this weekend, Nov. 15-18. Eight screening events will include discussion from award-winning filmmakers, and each screening requires a $12 ticket.

Here are the films coming to campus this weekend:

Making its North American premiere, “Space Dogs” bounds onto the big screen this Friday at 8 p.m. Despite its cheeky title, this isn’t your kid-friendly, “inner thoughts of a dog” á la Air Bud flick. The Russian language documentary tells the story of Laika, a stray dog from Moscow whose expedition to space made history but whose death was eclipsed, forgotten and burned upon reentry. According to an urban legend, Laika’s ghost roams the streets of Moscow, where her descendants continue to hunt for scraps. Told from the perspective of two modern day dogs and spliced with never before seen archive footage from the Soviet cosmic era, “Space Dogs” tells a complicated story about the brutality of progress and the survival of man’s best friend.

The queer cowboy is having a moment in pop culture, from artists breaking stereotypes in country music to high fashion brands capitalizing on Western aesthetics. Starting this Saturday at 12:30 p.m., the Houston Cinema Arts Festival is bringing together unique perspectives on the intersection between cowboy culture and LGBTQ+ community with Brokeback, a curated screening of five short films. From 1969 psychodrama “Death of a Marriage” to “Queers ‘N Steers,” a 1992 documentary on the Texas Gay Rodeo Association, to the experimental, semi-animated “La Mesa,” the Brokeback collection offers audiences an opportunity to explore the overlay of queer identity with the vast Texas landscape.

The screening will be followed by a reading and conversation with Houston-based playwright and writer Josh Inocénio. Brokeback is one of five HCAF screenings in “The Yeehaw Agenda,” a sub-series of films dedicated to a new generation of Western-influenced cinema.

As long as it’s still 2019, everyone is commemorating the 50th anniversary of the historic moon landing made by the NASA crew of Apollo 11. Co-presented by the Moody Center for the Arts, the HCAF will present a 30th anniversary screening of “For All Mankind,” Al Reinert’s Oscar-nominated documentary on the nine crewed Apollo missions, on Saturday at 3:30 p.m.

The screening will be followed by a conversation with curator Peter Lucas and the film’s producer, Betsy Broyles Breier, about the genesis of the film and the late Reinert, a Houston native and co-writer for the Hollywood hit “Apollo 13.” “For All Mankind” is one of seven presentations in “Moon Landing 50,” a section of the festival honoring Houston’s intimate ties with space exploration and exploring cinematic interpretations of science, innovation and modernity.

Starting Saturday at 7:30 p.m., 15 short films from 10 different countries will be shown during Cinespace 2019, the fifth annual collaborative short film competition in partnership with NASA. Oscar-nominated director and Houston-born independent cinema guru Richard Linklater will be judging the films along with other filmmakers in attendance. From CGI animation to documentaries both real and fictional, the films featured in Cinespace 2019 are worlds apart - yet all converge on the final frontier.

Around the World in a Day: Experimental Cinema Now

Rice is a home for the unconventional, so HCAF is bringing a collection of innovative experimental short films to campus this Sunday starting at 1 p.m. With six films from four different countries, “Around the World in a Day: Experimental Cinema Now” intends to shed light on unorthodox filmmaking and its power to fuse disparate artistic mediums. Sky Hopinka’s “Lore” uses an overhead projector to shape and construct fragments of images while Ja’Tovia Gary’s film “The Giverny Document” composes cinematic poetry.

Gary, an award-winning independent filmmaker, and Houston-based writer Michael Sicinski will lead a Q&A following the films. The HCAF website warns photosensitive audiences that this program includes some flashing light.

With guns blazing and a UFO lurking overhead, “Bacurau” makes its Texas premiere this Sunday at 4 p.m. The Brazilian film follows the inhabitants of Bacurau, a small village in the Brazilian wilderness, as their town suddenly disappears from maps following the death of Carmelita, a 94-year-old village matriarch. In a genre-bending feat, the movie capitalizes on action from both malevolent armed mercenaries and mysterious alien invaders. Don’t miss “Bacurau,” another facet of the Yeehaw Agenda, Sunday, Nov. 17 at 4 p.m.

Few Houstonians have gotten as up close and personal with the city’s early underground music scene than Ben DeSoto has. Co-presented by the Houston Latino Film Festival, HCAF presents “Ben DeSoto: For Arts Sake,” a deep dive into the turbulent life and work of one of Houston’s most prolific photographers. As a photojournalist for the Houston Chronicle and the Houston Post for 30 years, DeSoto has rubbed elbows with countless musicians and captured poignant moments in Houston’s punk counterculture.

Directors Michael Witnes Zapata and Andrew Benavides will be in attendance for both a pre-screening reception and post-screening panel alongside DeSoto himself, as well as Dianna Ray and George Reyes of legendary Houston punk outfit, The Mydolls. Immerse yourself in Houston history this Sunday, Nov. 17 at 7 p.m.

The Science of Fictions

Closing out the Houston Cinema Arts Festival is “The Science of Fictions,” an Indonesian narrative film making its Texas premiere on Monday, Nov. 18 at 7 p.m. The fictional drama follows Siman, a man who witnesses the faking of the moon landing in the midst of mass killings of Indonesian Communists in 1965. After suffering brutal punishment for his transgression, Siman sets out to become an astronaut, collecting money and materials all while moving in a slow, zero-gravity like trance. With equal doses existential complexity and political violence, “The Science of Fictions” is a commentary on trauma and a portrait of resilience.