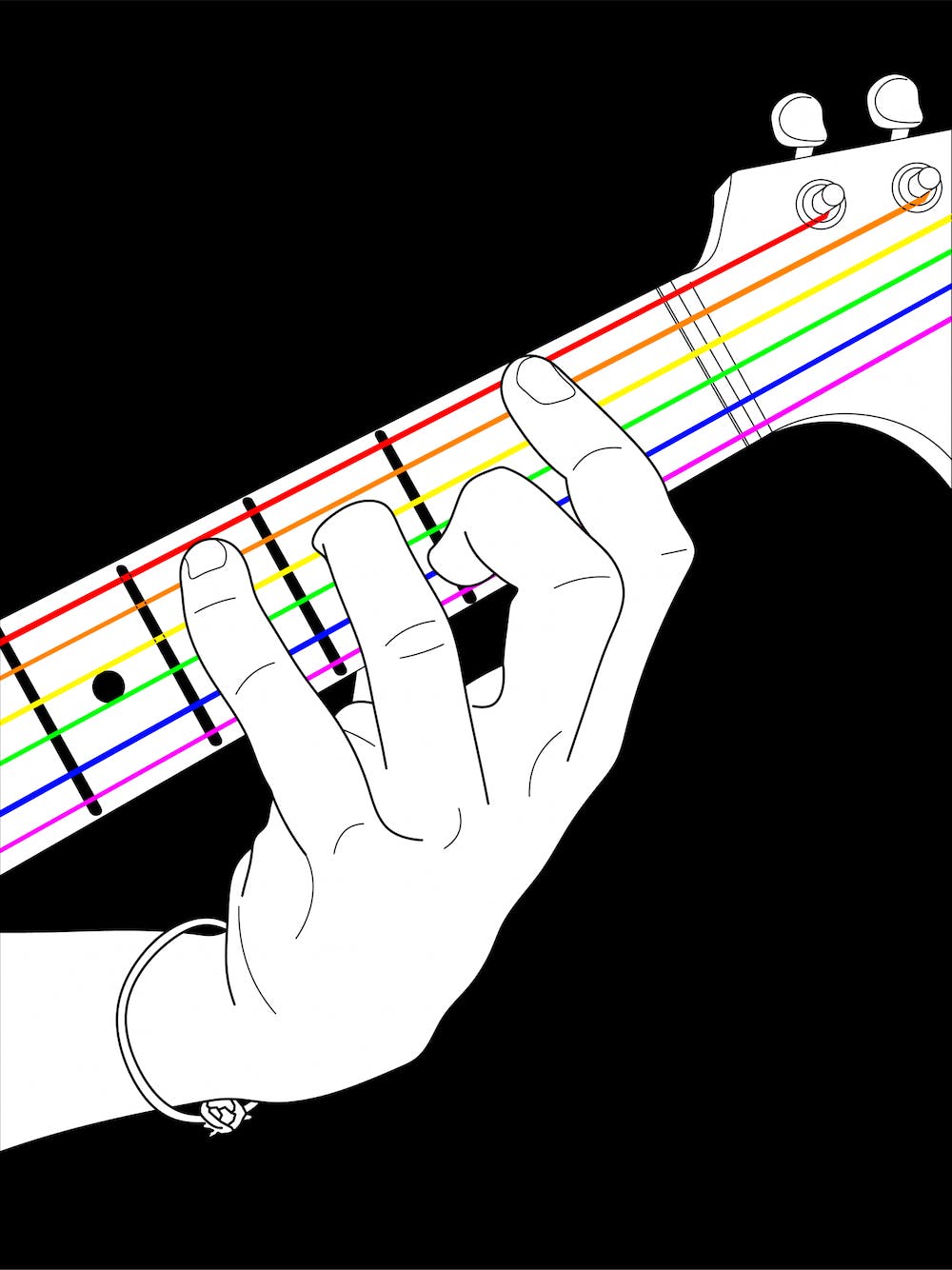 Leaning into Texas’ big personality is a fun way for Rice students to connect with the state’s lifestyle and aesthetic, as they two-step through the Houston bar Wild West and attend parties like Don’t Mess With Texas and DuncStep. But for some LGBTQ+ students, living in a state with a notoriously poor track record for respecting and protecting marginalized communities can be a challenge in balancing identity.

Music — as well as other art media — can help these students carve out a space for themselves in a state where everything is “bigger and better.” And fortunately, “Brokeback Mountain” is no longer one of the only representations of queer culture in rural America. There has been a notable rise in queer country music recently, with the release of albums such as “Two Birds, One Stone” by drag queen Trixie Mattel, “Pony” by Orville Peck and the song “Old Town Road” by Lil Nas X.

In the midst of this cultural movement, five students from the LGBTQ+ community speak about their experiences with Texas, country music and identity.

Coming out to her close friends her senior year of high school in East Texas, Bradford struggled with bisexual invisibility and with validating her identity in a religious family. It was in these teen years that she rejected the country music she was raised on. But as she has grown older and more accepting of herself, she said that she has been indulging in her passion again.

Later that night, she headed to a concert by Orville Peck, a new gay country music sensation with the voice of a classic crooner.

“Seeing someone that is very openly gay and also makes traditional Western gun ballad outlaw type music — it just makes me so happy,” Bradford said. “We can enjoy these cultural themes and still make them gay, and enjoyable and accessible for us.”

NB Shaper, a Baker College junior and native Houstonian, is another fervent admirer of Peck and also attended his Houston concert. They are particularly drawn to Peck’s storytelling and evocative aesthetic defined by his antihero persona and a fringed mask he is never caught without.

“Peck talks about his performances being an extension of drag, and I find that a very compelling concept,” Shaper said. “He talks about the contradiction between men standing up and singing, and being these manly masculine men, but in rhinestone outfits.”

Shaper sees fewer degrees of separation between the cowboys in country music and queer people than one might expect.

“So many of the ideals and the songs are about the individual, the lone rider. And I also think that is a narrative that speaks a lot to the queer experience because [being queer] is not inherited,” Shaper said. “There is a point in time in which every queer person feels alone in their identity, which sucks and will hopefully change. But at the moment it’s an incredibly uniting experience.”

For Luna Gonçalves, a Jones College sophomore, being out in Texas and at Rice is a new experience. An international student from Goiânia, Brazil, Gonçalves publically came out as a transgender lesbian this past move-in day.

“When I came to Texas, I didn’t identify as LGBTQ+ yet,” Gonçalves said. “But I was already very comfortable inside the queer community [and] my identity was already very connected to it … So I was kind of scared [about Texas] because I liked diversity and it is how I can accept me … [But] my first week here was like, whoa, actually, I think I’m in the best place I could be.”

Even as she gets excited about artists like Patsy Cline, Dolly Parton and the Dixie Chicks, Bradford acknowledges that her love for Texas and country music is complicated by some of the state’s outmoded values.

“We’re a very conservative state and do not have a lot of civil rights protections that other states like California or Washington maybe do,” Bradford said. “I like the country identity a lot, but a lot of what it represents to people is conservatism, and I don’t like that. I like the new era that’s happening of younger leftist people who are into country things.”

As Gonçalves settles in at Rice, she said she is beginning to explore the connections between the Texas identity and her own experiences.

“In certain ways, it’s very similar to my culture in Brazil. Because we have country music, the style is kind of similar, as well as different of course,” Gonçalves said. “But when you focus on the differences, you see what’s very different and then that’s what I focused on before. Maybe now I’ll see the nuances a little bit better.”

Christina Stoner, a Martel College junior, also expresses hope for a new generation of Texans that is more open-minded. Stoner grew up in Dallas and loves Texas’ unique flair.

“I used to have a problem with feeling a connection with Texas because I didn’t really see myself represented,” Stoner said. “When you think of Texans, you probably think of conservative White cowboys with guns. Now I realize that there are strong Mexican roots in anything Texan … It is an important part of my identity which I am proud of now, knowing I can be Mexican, Texan and queer and all of these identities can coexist.”

Although Stoner used to reject more “traditional” country music, the emergence of queer content in the genre has provided a space to further explore her identity.

“Hearing Brandi Carlile sing about loving women on such a classic country song was incredibly healing in a way that I could finally fill that gap and own that identity,” Stoner said, referring to “If She Ever Leaves Me” by The Highwomen. “[Queer content] is something so rebellious in a music genre that’s typically pretty conservative, which feels like such a strong statement.”

Editor’s Note: Ev was granted partial anonymity because they are not fully out to their community.

Ev, a Brown College junior, grew up in southwest Louisiana. In high school, they used to dream of going to college and finding safe queer spaces and community. Now that they are the president of Rice Pride, they find joy in working on programming, advocacy initiatives and forging strong friendships in the community.

While they are enthusiastic about Houston's identity and a country culture that encourages them to wear their pink cowboy hat and embrace the eccentricity of rodeos, Ev says they understand that Texas can be a scary place for queer students and students of color.

“Honestly, I’ve felt more unsafe [in Texas] as a Black person than a queer person, but there are always resources for safety for every marginalized community,” Ev said. “There are Black queer communities in Rice, Houston and Texas that are designed to accept and uplift Black queer people in a state that may at times be daunting.”

Ev also shared words of advice for queer students, especially those of color, in Texas: “Be cautious, but try not to be consumed by fear. Learn your resources as well as possible. Engage with social media in the queer community.”

Shaper, too, urges queer students to connect with their communities.

For Bradford, the door is always open for fellow country-loving community members.

“If you’re a country gay and you want to be friends, just talk to me, I’ll be friends with you,” Bradford said. “I always want more country gay friends.”