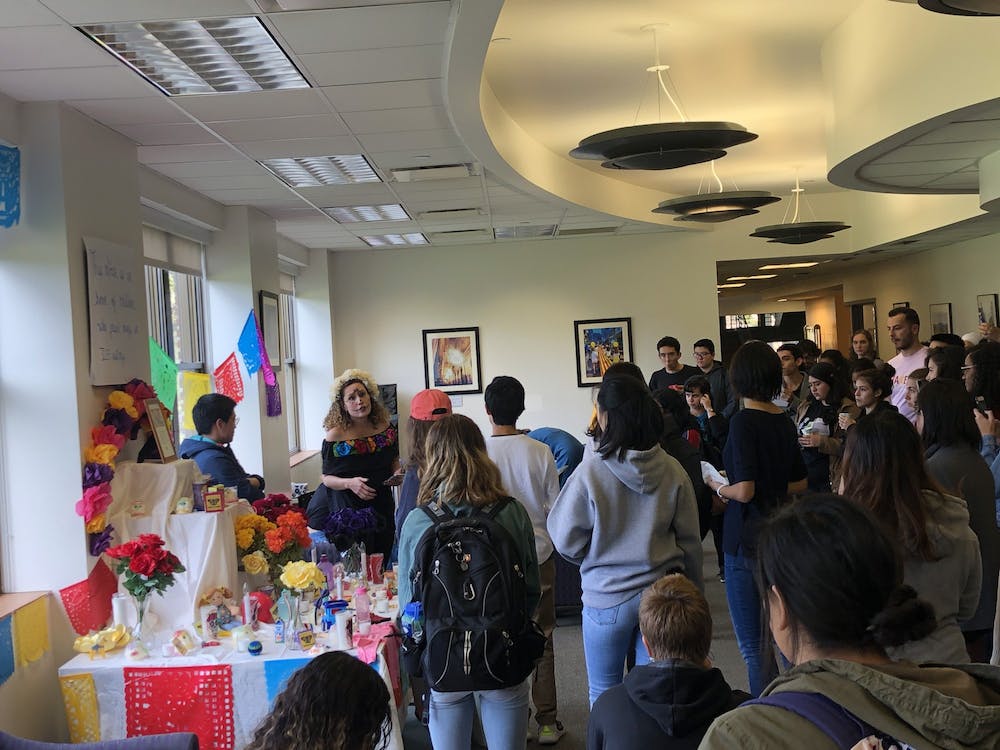 Over 50 students and faculty dedicated their celebration of el Día de Los Muertos to the remembrance to the children who have died in U.S. Immigration and Customs Enforcement custody. The event was held by the today in Rayzor Hall from four to six  p.m.

Students were urged to attend the event after photos circulated of students dressed as ICE officers at the Halloween event at Willy’s Pub. The photos caused outrage and responses from administration and student leadership.

The event began with an introduction from Luziris Pineda Turi and three members of Hispanic Association for Cultural Enrichment at Rice, who explained the significance of el Día de Los Muertos first in Spanish, then in English.

This presentation was followed by the stories of children who have died in ICE custody in their journeys of immigration to the United States. As with the introduction, the biographies were read by students within Rice’s Spanish program of all levels of proficiency, first in Spanish, then in English.

Summer Shabana, a freshman at Baker College, read a biography written by the sister of Carlos Hernandez Vasquez, who died at age 16 in an ICE holding facility after crossing the Texas border.

“Carlos was very happy about traveling to the United States,” she read. “Because he was excited to send back money to help his parents.”

Vasquez died in May of the flu.

Turi began to cry as she closed out the program, asking students to write cards to the rest of the children who remain in ICE custody.

“We didn’t want this to feel hopeless,” she said. “I know it’s hard, but I know that myself and all my colleagues are very proud to be at Rice and to see all these faces here today.”