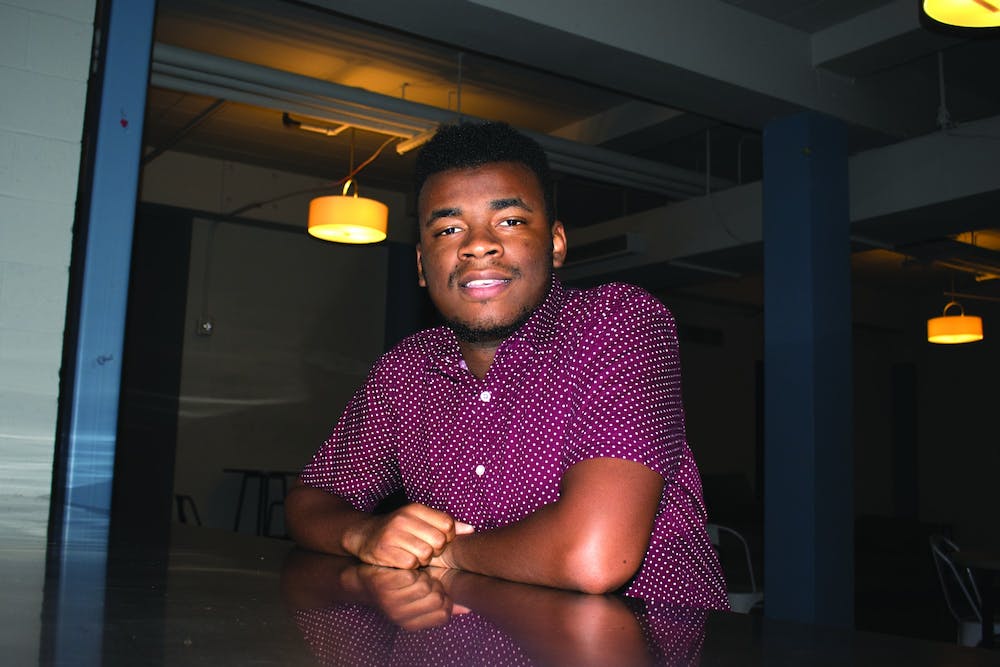 Succulent fruits, green vegetables, bright hues and caterpillar-nibbled leaves. Jayson Taylor is a gardener, but he cultivates more than just plants. Taylor began gardening the fall of his freshman year on a friend’s suggestion. Along with the fresh food and the environmental benefits of composting, the tranquility gardening provides has kept Taylor’s thumb green.

“It’s very enjoyable,” Taylor, a Lovett College senior, said. “Gardening is a hobby that a lot people don’t consider doing, but it’s very relaxing and a good time to meet other people.”

Taylor has also been a Beer Bike coordinator and is currently the president of the Rice Urban Agriculture Club. He will graduate this May with a major in civil engineering and a minor in energy and water sustainability.

Coming into Rice, Taylor had an interest in environmental work and an affinity for STEM, a combination that steered him toward civil engineering.

“It’s a major where you can actually directly affect people, you can see your impact, whether it’s on the road or whether it’s a building that’s being constructed,” Taylor said.

Growing up in a predominantly Black county in Maryland, Taylor said race was never much of an issue. It wasn’t until after Taylor walked through the Rice Sallyport that being one of the 7 percent became more than just a statistic.

“Coming to Rice was a very big shock,” Taylor said. “First I walked into my room and I was the only black person in my suite. It was like me and three other White people. For me it was a very weird environment. It felt uncomfortable and I felt [internal] conflict getting used to being the only Black person there.”

Although he hoped to acclimate to his new environment, he said feelings of discomfort continued to accumulate in his First-Year Wrting-Intensive Seminar class.

“There were only 15 people, it was the first time I was the only Black student. That’s where it hit, that this is sorta reality,” Taylor said.

Taylor said that one particularly unsettling facet of this new reality occurred only a week into his first semester during Martel College’s “Don’t Mess with Texas” public party.

“Went there with my O[rientation] Week group, had a good time. Then ‘Gold Digger’ started playing, and then everyone said the N-word, and then I was just like ‘yikes.’ I had never heard so many people say it at once in person and I was just like, ‘Is this what Rice is going to be like?’” Taylor said.

Another discouraging moment for Taylor occurred during his O-Week, a time meant to foster inclusivity. Taylor said he overheard two students discussing standardized test scores. One student joked that the reason the other student got into Rice with his lower scores was because his skin was darker.

“My scores were lower than that, and I was already feeling imposter syndrome and unease,” Taylor said.

Throughout this first tumultuous week and into his freshman year, Taylor said he also had difficulties making friendships with other Black students due to their lack of availability. In particular, he was perturbed by the lack of Black upperclassmen at Lovett.

“Is that what my future is gonna be like at Lovett or is that all Black students’ future?” Taylor said he asked himself.

However, with the passage of time, Taylor said he’s made more Black friends at Rice and has begun to feel more comfortable in his own skin.

Beyond these particular memories, Taylor points to numerous microaggressions as the primary cause of racial unease. The most common? Hair.

“Our hair is different. I’m insecure about my hair. I have people say ‘Your hair is so cool. You look beautiful. You should wear your hat less often.’ When people keep rubbing your hair, it’s a very small thing, but when it’s so many people that do it and touch it and you get it so often, if feels more like a fetish, a weird fetish for being different. I know it’s something small but something annoying that a lot of students also don’t think about,” Taylor said.

Taylor also emphasized the positives of having the Black community at Rice.

“When we come together as one, we have so much fun. We have so much confidence, so much energy. That’s because we are the only ones that can truly experience how we feel,” Taylor said.

As a proud member of the National Society of Black Engineers, Taylor said attending a NSBE conference this year was one of the highlights of  his entire  experience at Rice.

“[S]eeing so many Black engineers in a room, it’s just like ‘wow,’ because we are usually the only ones but just knowing that there’s so many great people that share the same identity, the struggle as you, trying to get and share the bag. It’s just so powerful. That’s my favorite thing, coming together as one community,” Taylor said.

Taylor said that transitioning from his homogenous Maryland community to the hodgepodge student body of Rice has irrevocably altered his view of the world.

“[Rice] made me more weary, because I wasn’t prepared, I didn’t really face a lot of this stuff until I got here. It’s made more weary and a bit more [aware] of things, of situations that may happen, like microaggressions,” Taylor said.

Besides coming to terms with his own racial identity, Taylor feels that Rice’s diversity has opened his eyes to a broad spectrum of new perspectives.

“[At Rice] I have learned about other cultures and their experiences,” Taylor said.