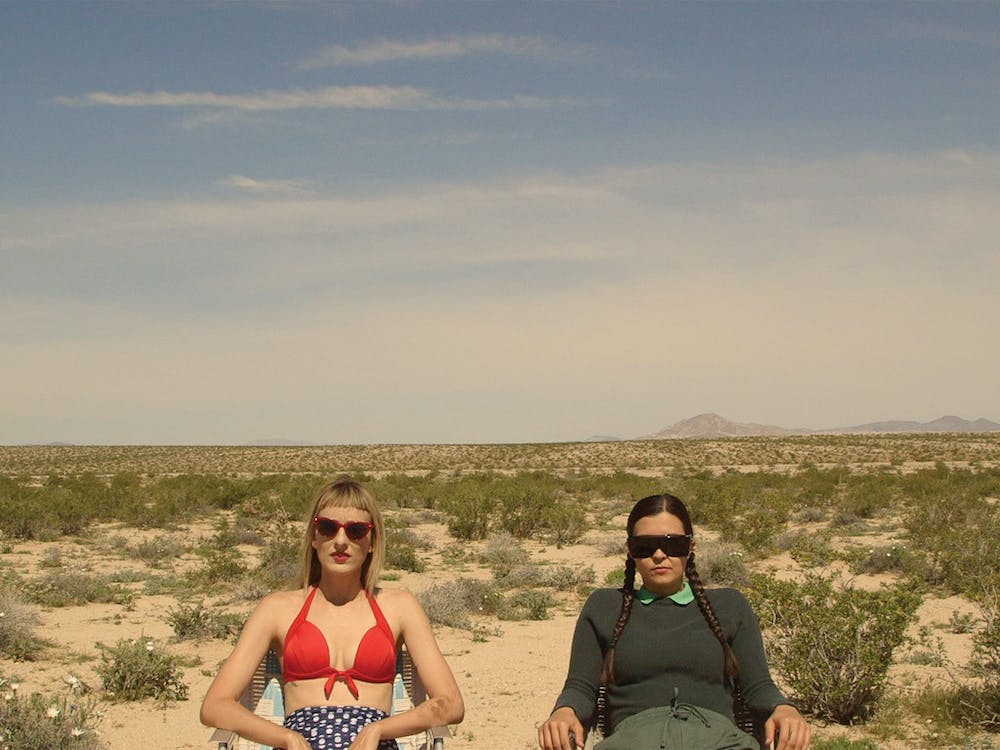 Preface: More than 180 films screened at this year’s Austin Film Festival, which ran from Oct. 24 to 31. Now in its 26th year, the festival is known for its focus on screenwriting and for its solid slate of Oscar-bait films. I waited in hour-long lines and chatted with retired couples, an Airbnb “entrepreneur” and a woman who had once been Woody Harrelson’s temporary bodyguard in order to watch a half-dozen feature films in three days. Here are the indie films that rose above the rest.

The Must-Watch: “The Planters”

In a delightfully eclectic film that almost seems to exist outside of space-time, the reclusive and monotone Martha Plant (Alexandra Kotcheff), an air conditioning telemarketer, considers burying hidden treasure in the desert to be her true calling. One day, her entrenched routine is disrupted by the arrival of Sadie Mayflower (Hannah Leder), a gossamer, Jesus-loving homeless woman with three personalities and an ethereal voice, who becomes Martha’s assistant in her treasure-burying business. Plant and Mayflower bury the treasure in a cookie tin, and days later the tin always contains some cash — a plot point that is never totally explained but worth the suspension of disbelief. The two unlikely friends (or four, if each of Sadie’s personalities might be counted as a friend) are soon joined by Richard Cox (Phil Parolisi), a ditzy waylaid traveler whom Sadie invites to stay at Martha’s house while his car is being repaired. When the cash starts to disappear before Martha can collect it, the crew of lovable misfits works to discover the culprit.

In a lovely directorial choice, Sadie’s neurodivergence is accepted quickly by Martha and Richard, and each of her three personalities finds their place in the narrative. The claymation hallucinations of religious scenes that Sadie begins to see in the empty cookie tins — the Crucifixion, the Last Supper — are both dreamy and hilarious accompanied by Thomas Kotcheff’s original soundtrack. Strange, wonderful and dead funny, the film is also visually gorgeous, with many exteriors shot in Joshua Tree National Park and ghost towns in New Mexico. It is stunning as a feat of filmmaking alone — creators Kotcheff and Leder shot, directed and crewed the entire film for less than $200,000.

The Entertainer: “The Bygone”

“The Bygone,” directed and acted by brothers Parker and Graham Phillips, is an engaging neo-Western updated for the modern age. The film opens with Kip Summer (Graham Phillips), a mild, slow-talking rancher’s son, visiting a local brothel only to shy away from consummating the act. Instead, he steps in to defend Waniya (Sydney Schafer), a young woman from a nearby Lakota reservation, who is being attacked by a rough customer.They strike up a sweet, straightforward romance as he rescues her from the brothel and puts her up at the family’s ranch. Her pimp Paris (Shawn Hatosy), however, has other plans. Paris kidnaps her in a heartbreaking scene that leaves Kip bloodied in a ditch by the side of the road ready to move heaven and earth to find Waniya.

His search takes us on an unflinching (if perhaps slightly stylized) journey of the modern American West. We confront not just the demise of the American cowboy and the ever-spreading range of oil pipelines, but also the vast network of sex traffickers who prey on Native American girls and the circumstances that make them vulnerable to exploitation. While the plot is somewhat nebulous, the film is quite conscious of the history of its genre and makes efforts to both acknowledge and reimagine the classic “cowboys versus Indians” paradigm. One undercurrent throughout the film is the irony that ranchers bemoan the taking of their land by banks and oil companies while ignoring the fact that their land was originally extorted from Native Americans before them. And there are all the elements of Westerns that aficionados love: gun fights, rootin’ tootin’ sheriffs, a villain dressed in black, dramatic and impractical horse riding and a White savior complex. While flawed, “The Bygone” is still undeniably entertaining and its surprise ending will leave you replaying the previous two hours in your head, trying to figure out if you should have seen it coming.

The Slow Burn: “The Obituary of Tunde Johnson”

Every day, Tunde Johnson (Steven Silver), a lanky Nigerian American high schooler, makes a pact with his closeted boyfriend Soren (Spencer Neville): they’ll both come out to their parents, one way or another. Every day, he sits down with his parents and tells them he’s gay — his mother overflows with loving acceptance, while his father can’t help but hesitate. “With unconditional love comes unconditional fear,” he tells his son. Every day, he drives to Soren’s birthday party, buoyed by his parents’ reactions and excited for Soren to come out as well. And every day, he dies, brutally and suddenly, at the hands of the police.

Sometimes Tunde’s death is woven into the larger narrative, front and center; sometimes we’re distanced by the screen of a closed-circuit TV camera or by an audio recording of a 911 call. It doesn’t matter what Tunde does — what car he drives, what route he takes, whether he’s alone or with a White man — his life is always cut off before it ever really begins. But as 22-year-old writer Stanley Kalu was careful to point out in a post-screening Q&A, there is far more tenderness towards Black bodies showed on screen than violence.

Soren and Tunde’s complicated relationship adds to the film’s rich emotional landscape. Soren, a lacrosse athlete, is hooking up with Tunde’s best (female) friend Marley so he can put on a front of heterosexuality, while Tunde is torn between empathy for Soren’s instinct to hide and his own all-consuming desire for their relationship to be out in the open. Still, their relationship is loving and lovely: they skip school to smoke weed on the beach, they make out on a beautiful Chesterfield couch in a school storage closet, they tangle together in Tunde’s bed.

It’s easy to be distracted by the remarkably well-done teen romance only to then be horrified when a slight misstep from Tunde leads to his death, seemingly out of nowhere. And that, perhaps, is precisely the point. Impressively, the complicated narrative still manages to feel finely woven rather than overwhelmingly chaotic. Unfortunately, however, the ending falls somewhat flat as it struggles to tie together loose ends. Nonetheless, “The Obituary of Tunde Johnson” is still an exquisitely crafted and haunting film. 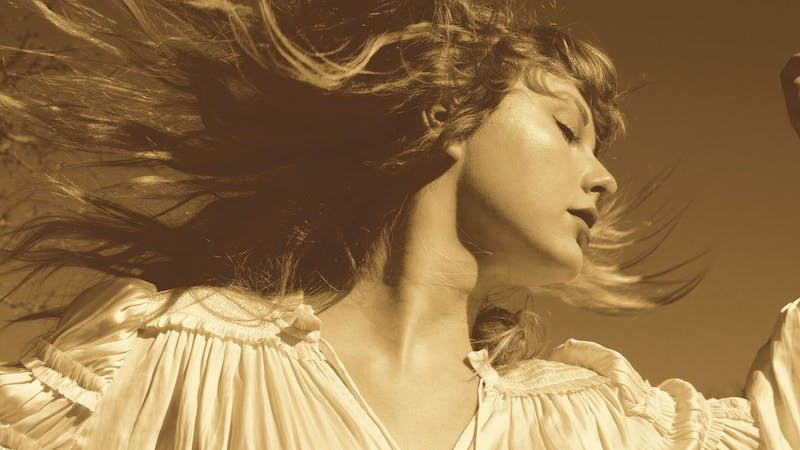 Fans got their first taste of Taylor Swift’s re-recorded album, “Fearless (Taylor’s Version),” when a snippet of “Love Story” was used in Ryan Reynolds’ Tinder commercial last December. The full album was released on April 9 and includes remastered versions of every song from the platinum edition of Swift’s 2008 album, “Fearless,” along with six unreleased songs “from the vault” that were cut from the original project. The re-release is largely unchanged from the original in terms of her familiar vocals on fan-favorite singles like “You Belong With Me.” Still, the album epitomizes the singer-songwriter’s artistic growth over the past decade and serves as the first step to Swift regaining ownership of her music, making “Fearless (Taylor’s Version)” a worthwhile listen for returning fans and new listeners alike. 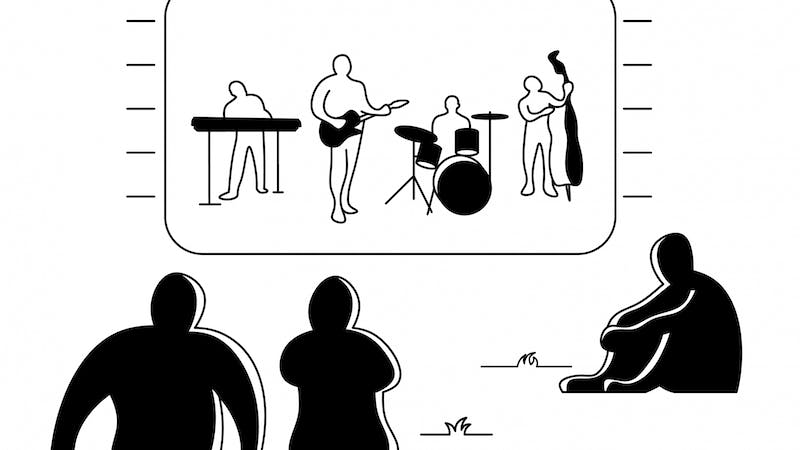