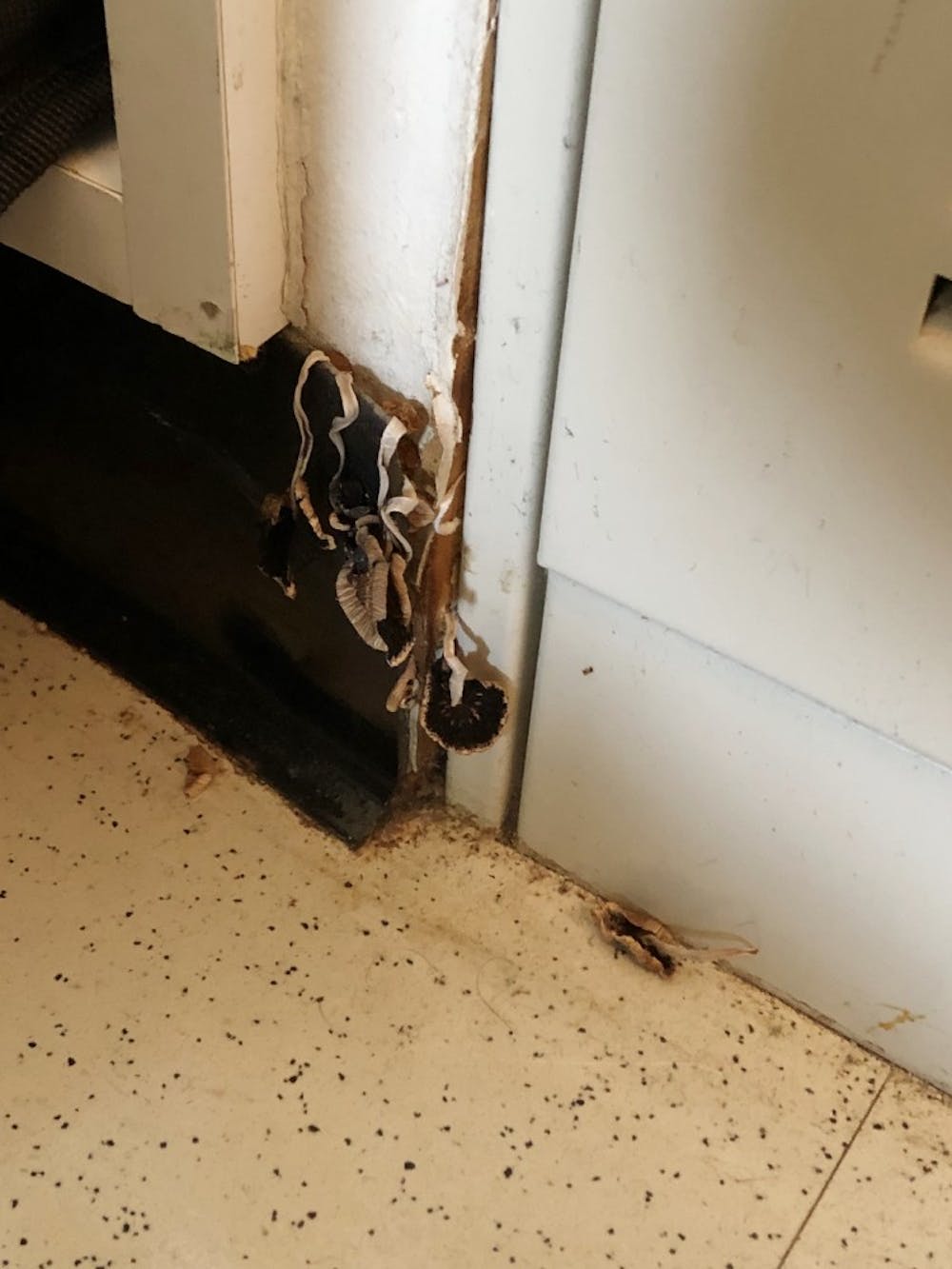 Within the past two weeks, students at Will Rice College and Lovett College have experienced a variety of facilities issues, from flooding at Will Rice to reports of wasps, roaches and fungi at Lovett.

On Sept. 19, Tropical Depression Imelda hit Rice’s campus as the fifth wettest tropical cyclone in U.S. history, according to the Texas Tribune. Will Rice college coordinator Dale Thomas said she noticed flooding in her office as a result of the storm that afternoon.

“I noticed water was pooling around my desk,” Thomas said. “It was coming in through the commons door and running up into the office. I was worried because this flooring and furniture are brand new.”

According to Thomas, when they noticed the flooding, many students grabbed towels from their rooms and began to help her mop the water from the office floor.

Thomas made a call to Housing and Dining, and said she was overall satisfied with their timely response.

“They actually sent the custodians over pretty quickly to mop it up and [try] to stop the rain flow by the door,” Thomas said.

The storm also caused flooding within Will Rice dormitories. Jared Snow, a Will Rice  sophomore, said that he first noticed flooding on Sept. 20, when a friend said that the toilet of the third floor girls’ bathroom in Old Dorm was overflowing, and that no one should be opening the door to the room. According to Snow, this leak eventually traveled down to the second and first floor restrooms as well.

Snow said before he learned about the flooding in the bathrooms, he heard water trickling down inside the walls and noticed issues with the power in his room.

“I have string lights and a printer and stuff, and that all went out before we even knew the bathroom was flooding,” Snow said. “In the morning I woke up, at around 10 [a.m.], and the power still wasn’t on, but then around 11 [a.m. ...] everything turned back on.”

Will Rice Magister Matthew Bennett sent an email on Sept. 21 asking students to let him know if their rooms were affected. He said he received one response reporting a minor issue.

Lovett has also faced a number of facilities issues recently, including the recurring presence of wasps in dorms. H&D operations manager Diana DeSantiago said H&D usually tries to respond quickly to reports of wasps either by themselves or through pest control.

Other facilities issues have manifested at Lovett dorms, including issues with humidity and cockroaches. Lovett sophomore Spencer Wong and his suitemates notice cockroaches often in their suite. Earlier this year, they also noticed mushrooms growing out of one of their air conditioning units.

“H&D kind of just took them away without saying anything to us and tried to downplay it, then our A-Team pushed them to look more into it, so they got an outside company to clean out our AC,” Wong said.  “H&D could have been more transparent with us because we never really knew what was going on. Also [they] took part of our wall off and never put it back on.”

DeSantiago said the growth of the mushrooms was an isolated incident.

“H&D immediately took action to remediate the situation, which is why a portion of the wall was removed,” DeSantiago said. “Before the wall would be put back in place, we needed to ensure the moisture issue was resolved. We have verified all is fine and the wall is being repaired.”

DeSantiago said H&D encourages students to promptly report problems and wants to help in the most efficient way possible.

“There seems to be a tendency for under-reporting,” De Santiago said. “This is why we always strongly encourage students to report by putting in their own work order and include as much detail as possible. This will help our team in resolving issues quickly.”