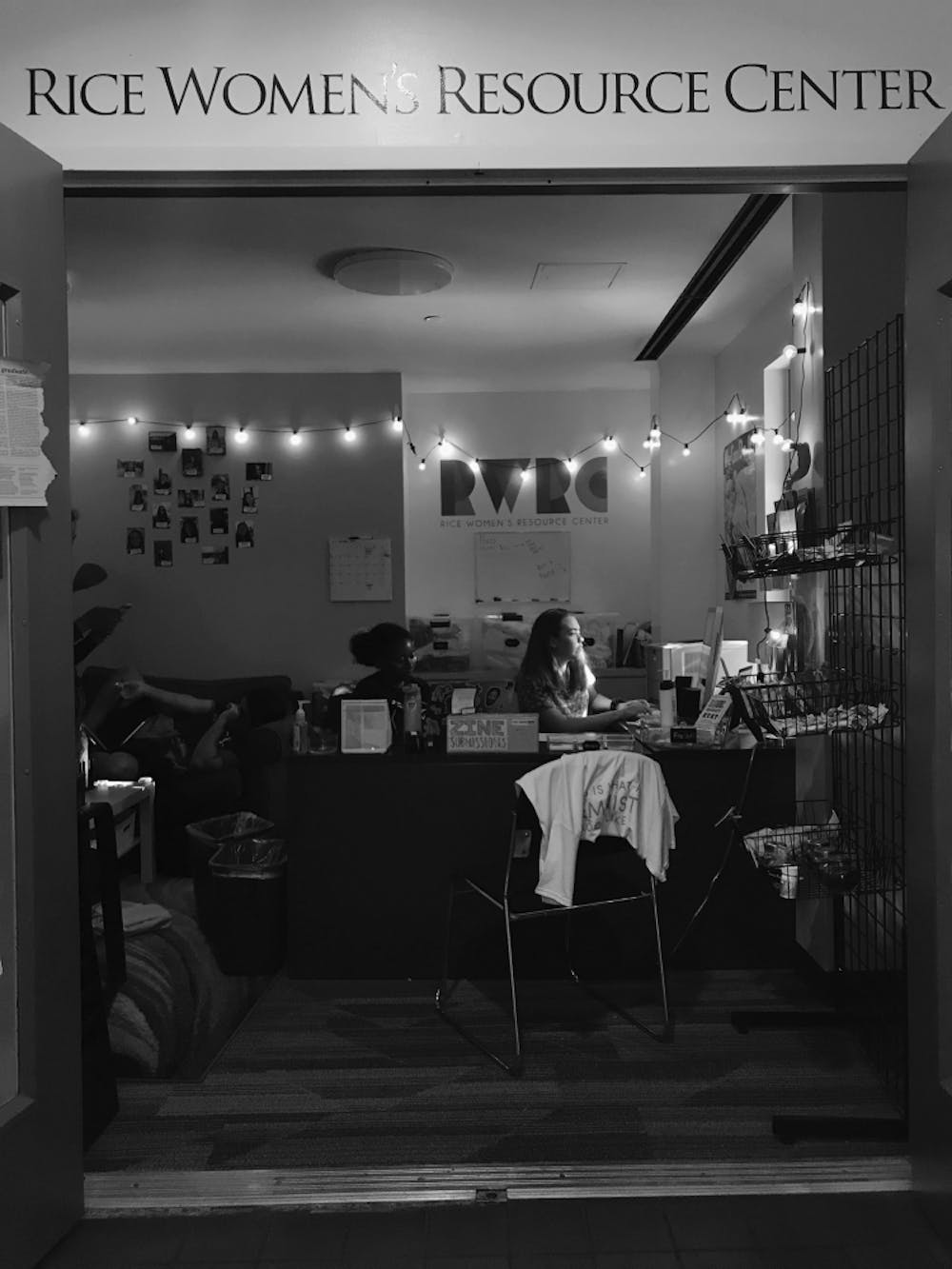 The Rice Women’s Resource Center recently hosted their annual “Ask a Feminist Panel,” where three panelists spoke about their view on feminism and their attitudes toward current issues of debate surronding the topic. This year, the panelists were Brian Riedel, Amina Matin, Tani Barlow and Ylinka Barotto, all of whom bought a diverse perspective to the discussion.

Barotto was recently appointed the associate director at the Moody Center for the Arts a month ago after her move from New York where she worked at the Guggenheim Museum. She explained how she approaches feminism from an artist’s perspective in the panel, and how she tries to empower women in the art world.

“Before coming to Houston, I was involved with a group of women that were trying to understand how to empower women in the art world,” Barotto said during the panel. “We focused on the issue of salary which is an important issue that is forgotten too often.”

For a student’s perspective, the panel also included Matin, who is one of the co-presidents for the Rice American Association of University Women. Matin talked about her journey with feminism and the experiences that led her to this path.

“I had a long history of feminism,” Matin said. “My parents are huge feminists. This has been a long road for me and I plan to continue marching down this road for a long time.”

Riedel is the associate director in the study of women, gender and sexuality at Rice and teaches many classes on this and other related topics. Throughout the panel Riedel focused on intersectionality within feminism and the future of this movement.

“I like to think being a feminist is being a decent human being,” Riedel said in his introduction.

A main focus of the panel was on the issues of intersectionality and how the concept interacts with that of a feminist. Joel Abraham, a Hanszen College junior, emphasized how many feminist movements are trans-exclusionary and wished that a trans panelist was included.

“I think that without centering a discussion of feminsm on queer issues and transmisogyny, it will always be exclusionary,” Abraham said. “Trans people are often added on to feminist movements and by feminists as an afterthought.”

The RWRC volunteer coordinator, Amy Lin, responded to Abraham’s comments on the inclusion of a transgender panelist.

“That is definitely something we will think about including in the future,” Lin said. “I think we all like to think about issues of intersectional feminism. With a panel like this we are able to interrogate that pretty closely because we have women of color on the panel and we have the queer community represented in the panel.”

Riedel spoke about what intersectionality is during the panel and mentioned that it relates to some of the most important questions in feminism.

“There is a big misperception about what intersectionality is,” Riedel said. “It is not just that you add A and B to get A plus B. It’s that the combined experience of those identities or categories creates something different.”

Throughout the panel, audience members were given the chance to ask their personal questions to the panelists. Meghana Nadella, a Brown College sophomore, asked how one can be a feminist if their political views don’t align with what many associate to feminsts.

“I feel like in any college atmosphere, there is a wide spectrum of political views that students hold,” Nadella said. “I experienced that I am a little more conservative than some of my other friends, and because of that they perceive me as incorrect in what I believe.”

Barotto responded to Nadella’s concerns, and explained how she wishes the connotation around feminism will change to become more approachable.

“I don’t think there is a wrong way to be a feminist,” Barotto said. “We can see feminism as a much more fluid concept that can be more embracing, and can be accommodating to people’s views. It is important to talk about this.”

Another audience member asked how to help women in situations of domestic violence and poverty, who feel that there is no way out. She relayed a story about a woman who was being beaten by her husband on the street in India, and how the woman did not accept any help that was offered.

Riedel responded by talking about a Houston group that focuses specifically on issues like these, and the panelists all agreed that situations like the one described are indicators of the long road ahead for feminism and the empowering of women.

Hannah Kim, a Brown senior, led the coordination for this event. She reflected at the end of the event on her general impressions.

“The audience asked really interesting questions and the event was very flexible, which was what we intended,” Kim said. “I think we had the perfect audience for intimacy to facilitate discussion.”