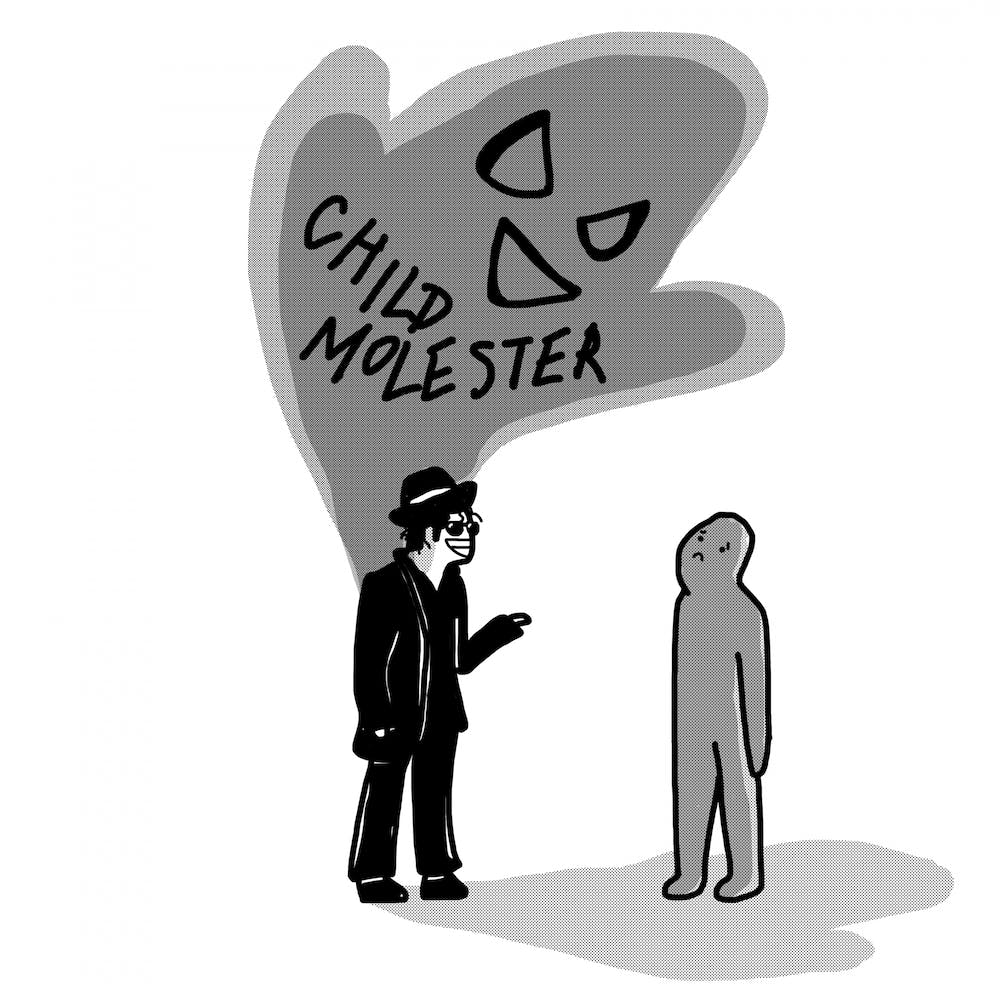 Content Warning: This article refers to sexual assault of a minor.

The Homecoming Kickoff Rally, put on by the Student Activities Homecoming Committee in the Central Quad on Sunday, featured a Michael Jackson impersonator who was also accompanied by a self-reported sex offender, according to Aliza Brown.

The Facebook event for the rally said students could expect photo opportunities with the impersonator, along with putt putt golf, a bounce house and free hot dogs.

Brown, a Will Rice College sophomore, said she was walking through the quad on her way to Rice Coffeehouse when someone tapped her on the shoulder asking if she wanted to take a picture with “Michael.”

“I turned around and there was a fucking Michael Jackson impersonator just standing there,” Brown said. “I was like, ‘No, I do not want a picture with Michael.’ Immediately, I was like, ‘this is really messed up.’”

Jackson stood trial in the spring of 2005 for charges of child molestation and was acquitted in June of that same year, according to National Public Radio. In March 2019, HBO premiered the documentary “Leaving Neverland,” in which two men accuse Jackson of sexually abusing them as children.

Brown said she was directed by a student in charge of the event to Petre Freeman, the associate director of campus events, who was in attendance at the kickoff rally. When Brown asked Freeman why the impersonator was invited, Freeman said it was part of the theme, which was “Thriller.”

“Planning for homecoming consists of reviewing the budget, planning activities that are interactive as well as aiming to keep the activities to align with the homecoming overall theme and day subthemes,” Freeman said.

“They basically brought a walking trigger onto campus,” Brown said. “As a survivor, this was obviously deeply disturbing and triggering.”

According to Freeman, the presence of the impersonator was in no way intended to negatively impact students.

Freeman said she stepped away to inform the planning committee of Brown’s concerns.

“She worked quickly and I’m grateful for that, but why was this event ever approved in the first place?” Brown said. “What students thought this was a good idea to bring this person on campus?”

The chair of the homecoming committee did not respond to requests for comment at the time of print.

Once Freeman left to talk to the planning committee, Brown said she began to take a video of the Jackson impersonator and was approached by an unidentified colleague who worked with the impersonator.

The three-minute video opens with the Jackson impersonator walking around as the song “Ghosts” plays.

The colleague walks up soon after the start of the video and speaks to Brown.

Brown responds by saying that Jackson was a child molester, initiating a Q&A style confrontation with the colleague.

Based on video footage provided by Brown, Brown centers the conversation on the accusations toward Jackson and the recent discussions about sexual assault at Rice. A third unidentified individual attempts to intervene, and the man colleague changes  the topic of the confrontation.

“You understand, I’m a Black man,” the man said. “OJ [Simpson] was accused of killing someone [and] got found not guilty. He’s still called a murderer. You’ve got Michael that’s been accused 30 times of child molesting. These people still brought their kids [to the Neverland Ranch] because he never touched them.”

After another minute of back-and-forth between Brown and the man, the man changes the topic once more.

“Listen, the reason I’m so vehement about this, I just went to jail for six months on false charges of sexual assault of a minor,” the man says.

Brown tells the man she will not comment on his case. The man continues with his story.

“I have never touched a child in my life,” the man says. “They had DNA evidence that I supposedly raped this girl. They came and locked me up, locked me up. Lost my fiancée while I was in jail. But [the] DNA wasn’t mine.”

The video ends as Freeman escorts the man away.

“I have no way of knowing if what he told me was true, but the situation was just absolutely absurd,” Brown said. “It was just an enormous, insensitive oversight.”

According to Brown, many students took pictures with the impersonator. She said the recent discussions on campus regarding sexual assault are just the beginning of educating students.

“You can’t support survivors on campus and simultaneously celebrate artists who are perpetrators of sexual violence,” Brown said.

Karen Qi, the associate director of Students Transforming Rice Into a Violence-free Environment, was not present at the event but was willing to comment on the incident.

“I understand why [the student committee] thought it would be entertaining to have the Michael Jackson impersonator,” Qi, a Hanszen College senior, said. “But I would encourage [the committee] to question their choices because there can be things that are just as entertaining without having such a harmful impact on other people.”

According to Qi, people should think deeply about their ties to perpetrators regardless of their celebrity.

“I think it’s especially important to recognize there are people who we may have once held with high esteem, such as a friend or a celebrity,” Qi said. “When we find out that information, we need to really question our relationship to this person. It is really privileged to be able to say we can ignore that relationship.”