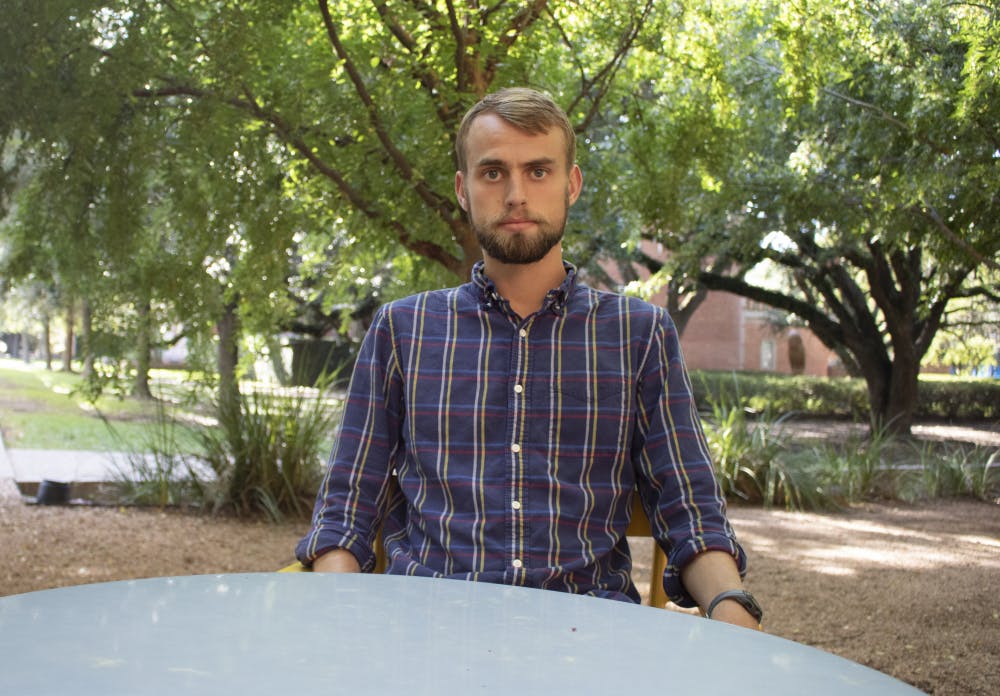 For Alex Dunbar, one of the most special places at Rice is the Turrell Skyspace. He said he loves seeing Skyspace on cold winter mornings when the rest of campus is silent.

Dunbar gets to see Skyspace during offseason training for cross-country and track. He wasn’t originally on the team, but walked on during Orientation Week, and says he now has a support network for which he is very grateful.

“Coming to Rice and running track and cross-country … I just know it’s the best decision I’ve ever made,” Dunbar said.

Waking up every morning at 6:30 a.m. for practice isn’t always fun, but Dunbar said that he ends up looking forward to it.

“I feel like I’m definitely going to miss it next year,” said Dunbar. “Coach [Jon] Warren has been phenomenal. I don’t think I could’ve asked for a better college coach. He’s a Rice alum[nus] so he kinda gets how things work here, and I’m just super grateful for everybody.”

Dunbar is also thankful for his teammates, who he said have had a huge impact on his college experience.

“It’s all the different ranges of personalities, different interests, the support network,” Dunbar said. “And I really think that just knowing that they’re there has been huge for me.”

Having this support system helped Dunbar with the difficulty of having a different schedule from most of the students at Rice. He said that as an athlete, his participation in certain events has been highly restricted.

“I don’t remember the last time that Lovett had an event that I’d be able to participate in with my athletic schedule,” Dunbar said. “I don’t know if the culture around sleep is really what it is, but there’s a very big separation between the general student population, and the athletics population, and I think it’s really sad, to be honest.”

Despite the challenges, Dunbar said being an athlete has helped him academically.

“It forces you to really plan ahead and use your time wisely, because you can’t be up until 4 a.m. doing an assignment if you have a big workout at 6:30,” Dunbar said.

Dunbar is majoring in mathematics and computational and applied mathematics, and hopes to attend graduate school. For Dunbar, both math and CAAM are about trying to understand structures around him, and build up from primary principles.

“I really liked Dr. Varilly-Alvarado’s Algebra III course. It was a really interesting way to look at the structures underlying a lot of different areas in math,” Dunbar said.

Dunbar came in wanting to be a mechanical engineer and work for NASA, but he soon discovered that he’d much rather be a mathematician. While deciding what to do over the summer last year, he realized that he would only be happy doing research and continuing to learn about math.

“There’s something really special about the way math looks to answer problems in the world around us, and looks to describe what goes on,” Dunbar said.

When he’s not in the classroom or on the track, Dunbar enjoys playing the guitar to relax. In high school, he and his friend started a heavy metal band. Although he said they weren’t good, he enjoyed it.

“I’m a real bad guitarist, [but] I enjoy being bad at it,” Dunbar said. “I like having music to be something that I can enjoy doing with absolutely no pressure attached to it.”

“The next six and a half months, they’re going to fly,” Dunbar said.

[10/22 10:25 PM]: This article was updated to reflect that Dunbar is double majoring in CAAM rather than chemistry