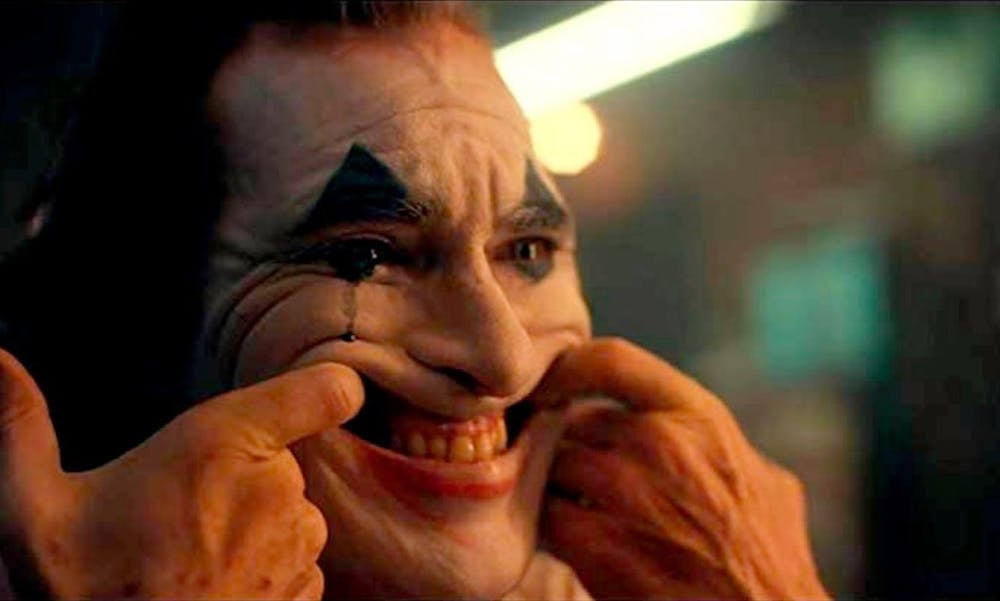 Gone are the suave, perfectly timed comedic Jokers of our childhood cartoons. The stylish, crisp and capable-of-institutionally-insane-yet-highly-intellectual-monologues Jokers are no more. There is a new Joker in town.

Released Oct. 4, Todd Phillips’ “Joker” does not lend itself to the visionary gravitas of “The Dark Knight” or to Heath Ledger’s powerful performance as Joker. Nor should it. Instead, it tries to hit a vein similar to that of dark Batman comics such as “Batman: The Killing Joke,” save for a whole lot of awkwardness, irony and dry humor.

Since “The Killing Joke” is considered to be one of the best Joker origin stories, it makes sense that “Joker” riffs off a more realistic take on how Joker becomes a psychotic serial killer. Phillips has admitted, however, that he intended to reimagine Joker’s origins without the “cartoon element of violence.”

“Joker” begins by introducing us to Arthur Fleck, a man whose life’s purpose is to spread joy and make people laugh, as explained by his mother, Penny. In reality, Arthur works as a clown for hire who tugs on the corners of his mouth to look happy. It is 1981 in a broken-down, overworked Gotham City. Sanitation workers are on strike. Garbage is piling up in the streets. The poor are only getting poorer and the rich are only getting richer.

An unsuccessful comedian and depressed mama’s boy, Arthur also has a neurological disorder that makes him laugh uncontrollably — usually at the most inappropriate times. Arthur is unable to function in a world structured to overlook victimized people like him who are ostracized as freaks. The punches he suffers at the hands of white-collar bullies and mean kids ultimately become enough to set him off.

As to be expected from the director of the “Hangover” trilogy, “Joker” plays upon a lot of inappropriate humor. This humor, perhaps, is what keeps the film alive. However, “Joker” often struggles to remain suspenseful. The secondhand embarrassment and monotonous lull of Arthur’s daily life give the movie a tiresome pace that obstructs the important plot points leading up to his inevitable psychotic break.

With his impressive way of mismatching body language with emotion, Phoenix chronicles every bump and shift in Arthur’s psyche until he succumbs to the Joker within. He succeeds in depicting a mentally unstable man trying to make sense of who he is in his own psychopathic way.

“Joker” fails because it shallowly humanizes a highly controversial villain. While “The Dark Knight” situates itself heavily in themes such as power, anarchy and nihilism, “Joker” remains largely introspective and never truly veers into political or social commentary, coming off more as a revenge plot than a social movement. This has resulted in divisive reviews given the current social climate surrounding mental health and gun violence.

“Joker” is by no means a cult classic like “Fight Club” or a cinematic masterpiece like “The Dark Knight.” Todd Phillips believes the film was “a way to sneak a real movie in the studio system under the guise of a comic book film.” Should Phillips have kept the Joker’s origins in the dark?

Decide for yourself and see “Joker” in theaters nationwide now.